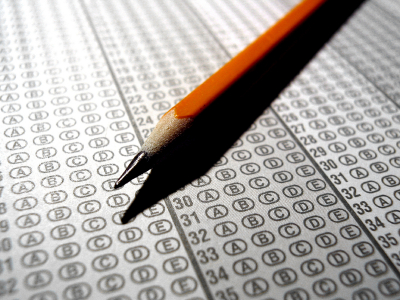 Right now, it’s the middle of midterm exam season, which is great. The time of the semester where you check yourself into reality, and realize that yes, you haven’t been looking at the text books, and yes, you need to really focus now.

It’s the middle of midterm exam season and I’m not refusing any of these social media outlets. Why you may ask? What I have learned about myself is if something is on my mind, if I’m getting distracted by it and don’t do anything about it, it just continues to well up on my mind and takes over any capacity to learn the material I’m trying to. This is a bad thing when you’re trying to learn… clearly.

So what do I do? I take care of these little things one at a time as they each come to me. I’ll go onto facebook and check to see if I have any new pressing matters to check in on. I’ll go check twitter to see whose yelling at me, and after a minute or two, I’ll begin to realize that nope, nothing urgent has happened since I looked on here an hour ago, and I’ll close it up and get back to studying.

For me, this usually takes about 5 minutes to do, and I’m back at studying. Except tumblr, that can go on forever.. that’s a dangerous beast one must watch out for! But for the majority of issues that come to my mind; little ideas, things to do tomorrow, appointments I have in a week… I can just write them all down on a little list in less than a minute, and carry on with studying, not ignoring any of the thoughts that come to my mind, as well as getting right back at more efficient studying. 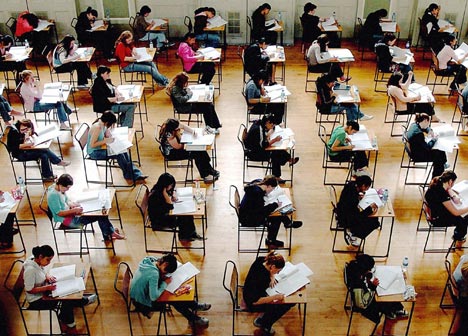 So what do I do now that it’s the middle of exam season? I get back to studying, this has been a great 5 minutes 🙂

SO, I just got back one of my midterms, yai. How much fun. It was one of those midterms that you write, and your like, YEA! I killed it! BUT, as it turns out, I didn’t kill it so much. I, more or less, bombed it. Uhm. Ok.

Disgruntled as I was, I packed up my smart cap, and went to the professors office to check out the exam, see if I could find why I’m such an idiot, or snap on the TA for marking my paper so stupidly.

When I arrived there seemed to be some fellow in their asking questions galore, going over question by question the assignment, a few hours before its due, thinking this is a normal thing. Poor professor if that’s the case. They beckoned me in, said it was all good: enter the cave.

I take a seat at the only seat available, for some reason this fellow was on his knees, and wait until the professor asks me if he can help me. “Why yes of course! I’m here to look over my exam that I bombed.” It was kind of interesting because at the start of last lecture, he mentioned that the entire class average was incredibly high, and that we shouldnt expect the exams to be this high for the next two. Ohk, great. I hadn’t looked at mine yet, but I saw high 90’s in my mind.

First thing I find, was that I had about 15 giant arrows pointing at the page to the left, for the extra space I needed to complete the question, and the TA decided to go to the right, to the page at the reverse side and mark the question there. I guess Mr. Marker didn’t’ think it was odd that what they were marking had nothing to do with the question … Had 1/20, complained and got 20/20.

Next thing I find, is that I apparently wrote something a little bit hard to understand. Although, in what I had stated, there was no statement that was contrary to the definition that I was supposed to have, in fact, I stated everything that there was to be stated, just in a weird way I guess. Did I mention that his questions on exams were a little bit hard to understand? No. But, I did manage to squeeze out another 3 marks from him: Had 6/12, got 9/12.

I’d like to take a moment here to point out that in an exam, were allowed to ask the teacher of anything were a little bit unclear of in the question, so why the hell arent they made to ask us about answers we give that they are unclear about? I think this is one major flaw of having classes that range in the hundreds.

Thats bunk if you ask me. Witch hunt. Your telling me that your going to drop me from lets say a A to a B just because I used p’s instead of P(x)’s?  And because, even though I’m fluent in english, and was forced to regurgitate some law or rule that was thrown at us, among with a few hundred more I might add,  I cannot a. remember it verbatim, and b. I cannot spew it out in completely readable english  your going to drop my grade?

I think this is total and complete taking advantage of your power, and laziness in the meantime. I should make a point here that I know as a fact that at least 2/3 of the markers are not very fluent in English.