A Message from Pro-Privacy MP Peter Julian Re: Bill C-11 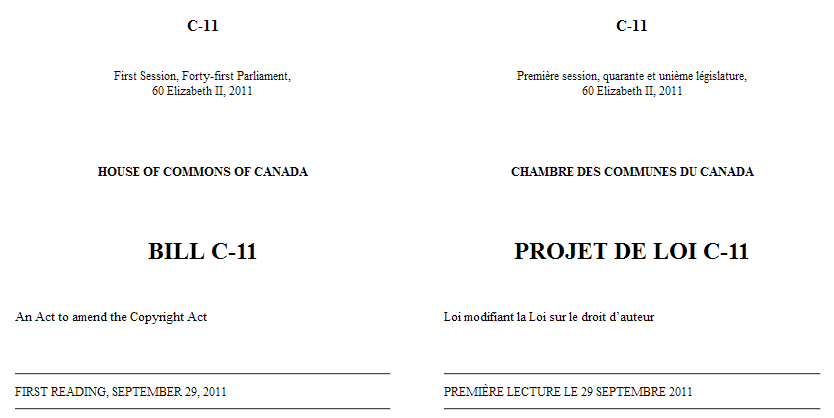 Recently, we signed and sent a petition off to our local MP to voice our concerns with The Copyright Modernization Act Bill C-11. The following is the response, which I was very happy to read and encouraged by it’s message.

Thank you all for writing and raising your serious concerns regarding Bill C-11 and Bill C-30. My office as well as the offices of my NDP colleagues have received hundreds of emails and letters in opposition to these Bills. First, please know that we share the concerns of many Canadians who oppose legislation relating to lawful access, ACTA, digital locks, and SOPA. NDP Copyright and Digital Issues critic Charlie Angus and NDP Public Safety critic Jasbir Sandhu are taking the lead on these issues.

We have been fighting Bill C-30 with all of our vigour and energy and have continued to defend digital rights for Canadians in Bill C-11 and push for better access.

Many Canadians feel the same way you do, in fact I have encountered those who voted Conservative last time around, saying now they do not believe these Bills were what they voted for and had they known the Conservatives were bringing them forward, they would never have supported the Conservatives in the last election.

Regarding Bill C-30, we believe that this lawful access legislation proposed by the Harper government is deeply flawed. Mr. Harper’s Conservative government is building on legislation first proposed by the Liberals in 1999, that provides public safety authorities with surveillance powers over digital information. The  morning Bill C-30 was introduced, the Conservatives rebranded it as the “Protecting children from Internet Predators Act” – repeatedly hiding behind child pornography as the rationale for Bill C-30, while the Bill is obviously focused on increasing the surveillance powers of state agencies.

In summary, C-30 includes troubling measures that would:

– violate privacy rights of Canadians; give authorities the power to access your personal information without a warrant; raises serious about our fundamental rights and freedoms;

– force every telecommunications service providers (telephone, Internet, wireless) to provide designated authorities (local police, RCMP, CSIS and Commissioner of Competition) with access to the personal information of their subscribers; to create elaborate  spy backdoors that will become a gold mine for hackers;

– provide inadequate oversight to protect Canadians from abuse of warrantless access: Section 16 of the bills gives these designated authorities the power to force telecommunications service providers, without a warrant, to turn over six pieces of personal information about its subscribers which are currently protected under Canada’s privacy laws: name, address, telephone number, email address, internet protocol address and the subscriber’s service (s) and the equipment they are using;

– C-30 also permits the Governor in Council to add more types of information that can be accessed without a warrant – meaning Canadians would not know about these changes until after the law is passed;

– force TSPs to incur the costs of developing this permanent surveillance infrastructure, costs which will likely be passed on to consumers.

Even Public Safety Minister Vic Toews expressed concern with the implications about the new search powers of his proposed bill that would require Internet Service Providers to turn over basic identifying information to a police officer without a warrant. “It comes as a great shock to me, and it should to all Canadians, that Minister Toews is introducing legislation that he doesn’t understand the contents of.” – NDP Justice critic Jack Harris.

We recognize that police officers should have the necessary tools to go aggressively after child pornographers and other cyber criminals- so they can be punished to the full extent of the law. However, this can definitely be achieved without making offensive comparisons and treating law-abiding Canadians like criminals.

Regarding changes to copyright laws in Bill C-11, we believe it is important to balance the rights of artists, consumers and rights-holders. Canada needs effective legislation to ensure artists’ royalties are protected; long-distance education opportunities aren’t hindered; and that young people aren’t subject to unfair, expensive fines.

Rather than striking a balance, Bill C-11, An Act to amend the Copyright Act, goes too far in protecting corporate interests.

On March 12-13, 2012, during the legislative review of Bill C-11 at Committee, the Conservatives rejected every single amendments we had proposed. Unless the government is willing to amend the digital lock provisions and restore royalty provisions for artists, New Democrats will be voting against Bill C-11. The blanket provisions for digital locks will allow corporate interests to decide what legal rights you may or may not exercise. This unbalanced approach will ultimately hurt artists, educators, and consumers.

Finally, New Democrats have long been on record with our opposition to the Anti-Counterfeiting Trade Agreement (ACTA). We believe that there must be a balance between the rights of creators and users, and that this will not be achieved through a process shrouded in secrecy. Unfortunately, the Conservative government signed this treaty late last year after winning their majority government. For our part, MP Charlie Angus has been speaking out against this treaty over the past several years. We have repeatedly called for a broad and transparent consultation process with the public.

This issue demands fair treatment and compensation of copyrighted material along with a fundamental right of access to the Internet. Regrettably, the Conservative government did not heed our advice. You can read more about our opposition to ACTA here: http://www.ndp.ca/press/secret-acta-negotiations-would-criminalize-canadian-internet-use .

Going forward, we will continue to advocate and fight for better protection on behalf of Canadian consumers.

Again, I appreciate hearing from you. Thanks again for writing and I look forward to seeing you at events in the community.

Optimism is better than despair. So let us be loving, hopeful and optimistic. And we’ll change the world.”