Brothers by The Black Keys

I got the word that the Black Keys new album was out, Brothers. 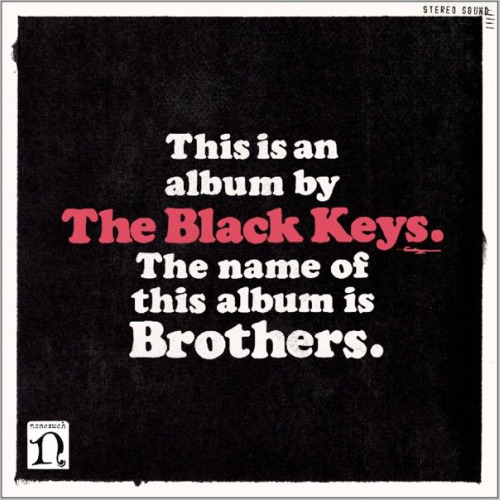 To start off with, I totally love it. I’ve been a fan since the day I heard them in a basement apartment the morning after rinking so much I was able to pass out fully clothed. Pretty much simply a love affair.

The album starts off with killer killer groove so fat you could shake a stick at it, with Everlasting Light.

Dan Auerbach belts out them lyrics like he fits right in. Something about this band just blows me away. Patrick Carney knows where its at, when he’s talking serious with the drums. They match up like ketchup and mustard; beets and grooves that make sense.

The album feels like they’ve spent a lot of time getting to know the instruments, and toys to play around with. I like that. Its rock but its rocked, if you will. Theres this kazoo maybe in Howlin’ For You, which reminds me of what I’ve heard so many times of Jimi Hendrix, how he just pulled out a kazoo and made it killer. When do they really fit in one may digress. 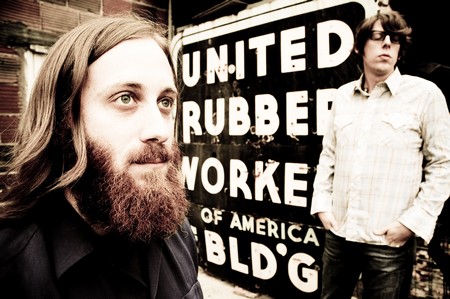 On She’s Long Gone the distortion on the guitar is like Jack White is holding a conference with John Lee Hooker. Or maybe even RL Burnside is over for some tea, just lacing in some harmony.

I get feelings that the Black Crowes would have been of something like this if brothers were a two man band. The Black Keys are filled with soul, they’ve got groove, they’ve got style, and they’ve got sound.

The Only One gave me moments of recognizing what I’m used to hearing from the band. Not that its always sounding like one thing, but it just gave me that feeling.

The later songs on the album put you into a pleasant place as well. Somewhat stepping you onto Groove Street, filling your bowels with organs that will walk you ahead like an old lady with a walker needs.

Really, if I had to sum up the album, its as it should be. The Black Keys will stun you off the bat, drawing you to them with their sound, make you feel good and in a comfortable place. Its one of those albums that you’ll kinda sit back and enjoy to listen to. Its as much of a mixed tape as it could be, clearly drawing from inspiration all over the place. Proving that this group of veterans still listens to music, and still finds soul within them.

This album will be one of my favorites.