I immediately think of Paul Cézanne, the master Post-Impressionist, when I see the work of Martin Golland; his directional hatching / brush strokes create depth and volume. This is something which Cézanne explored, some may even say pioneered.

What strikes me as beautiful in the works is Gollands choice of pallet. I enjoy the natural feeling of the colours, they seem to fit together in the paintings to create a feeling of natural blending, rather than abstract or surreal contrasts that don’t mimic what we actually see in the real world. So, in this respect again, Golland follows the leads given by the Impressionists by painting what he sees of his romantic surroundings in his own eyes, rather than exactly replicating the way it looks like a photograph. 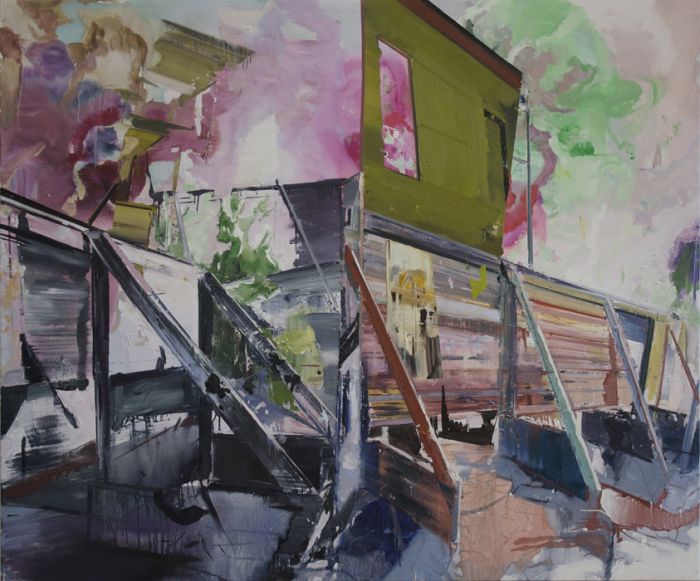 Martin has a very impressive resume, receiving his MFA from the University of Guelph (2006) and his BFA from Concordia University (1998). He has also exhibited around the world, including living in Montpellier, France, Turkey, Puerto Rico, Miami, and Toronto before moving to Ottawa where he now is Assistant Professor in Painting at the University of Ottawa. 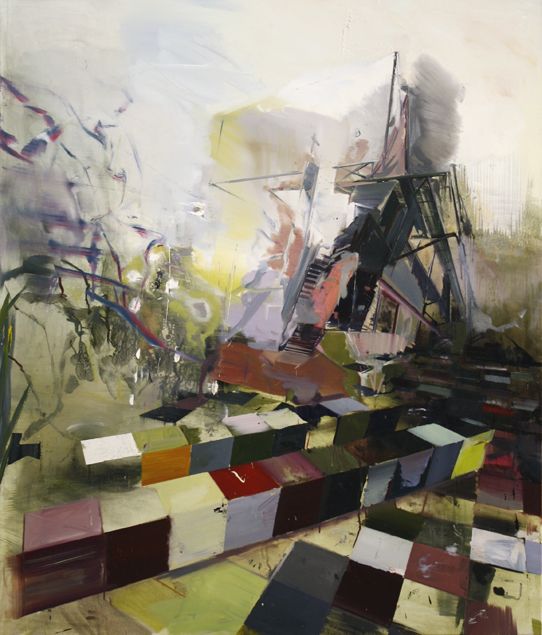 All of Golland’s paintings have the familiar theme of wild city features: a scaffolding, a stairway, or a crane. It’s really fascinating to me the spaces that resemble something very easy to identify, which then abruptly fades away into a haze of smoke, or some abstract lines and squares. Throughout his pieces, Golland creates such a brilliance of perfectly chosen colour that it mesmerizing to look at.

I really enjoy the fact that most of these paintings are in the scale of 50 x 60 inches. 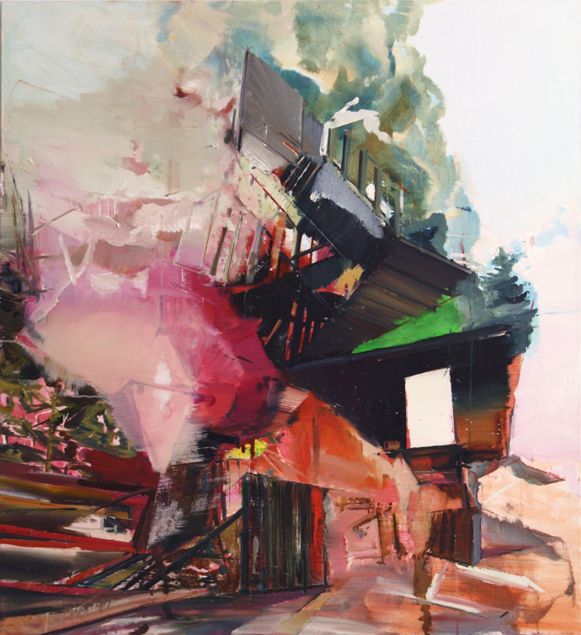 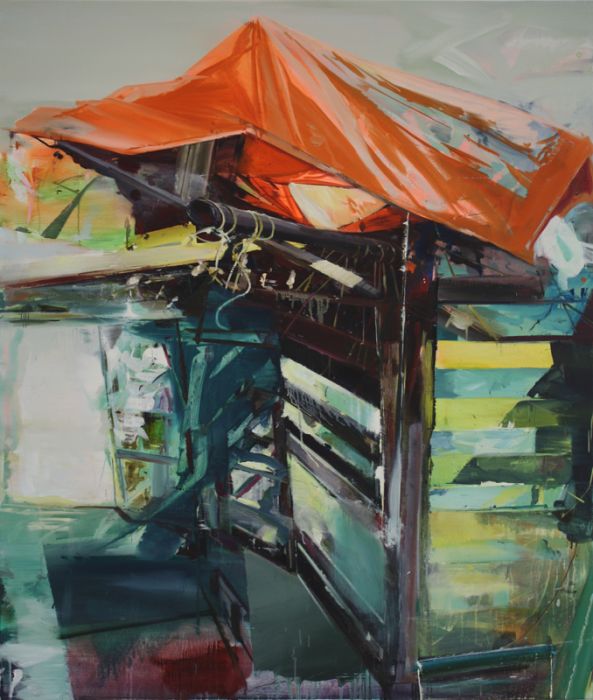 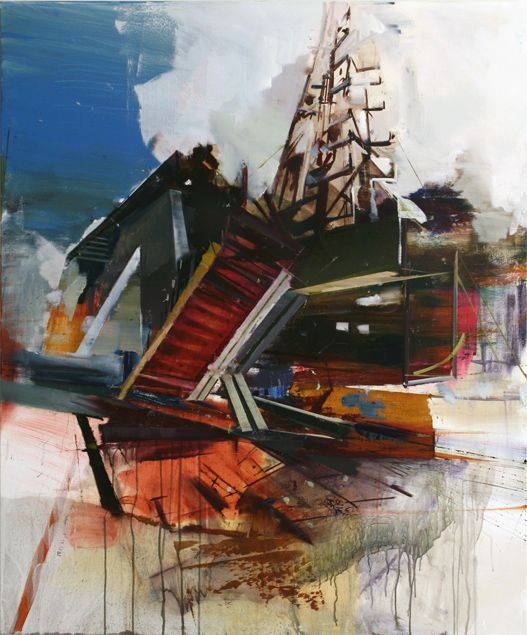 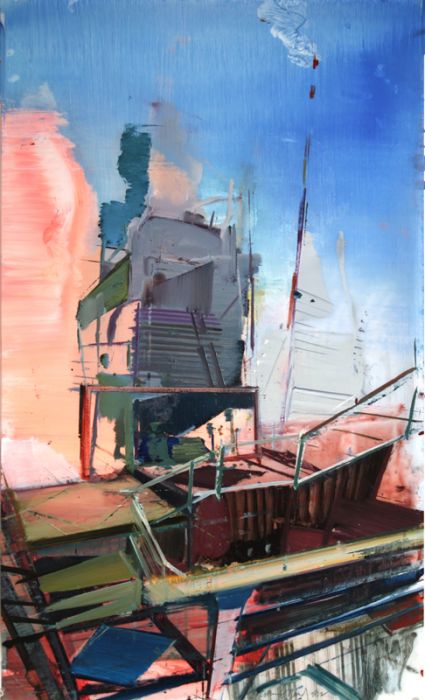 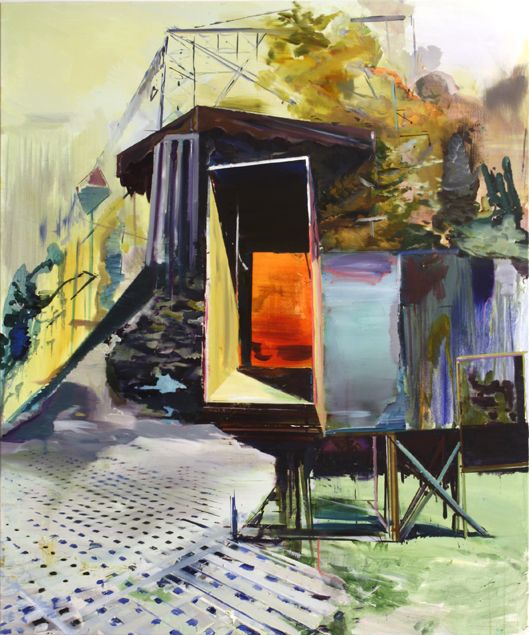 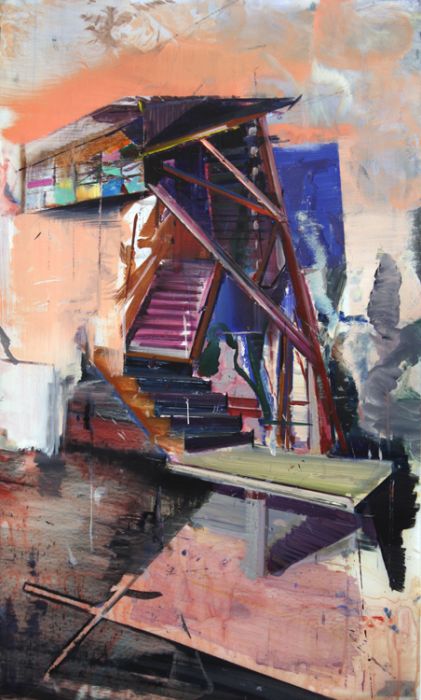 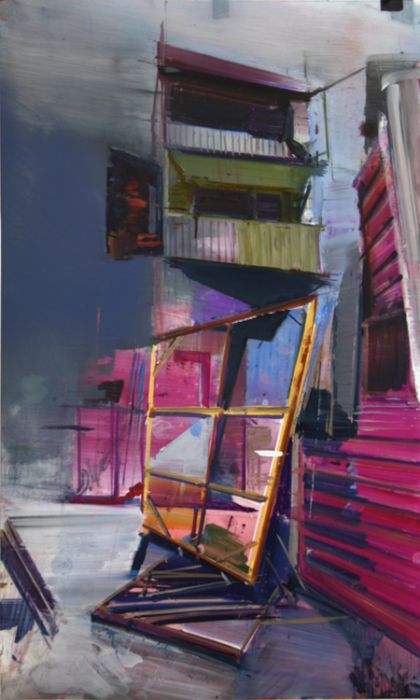 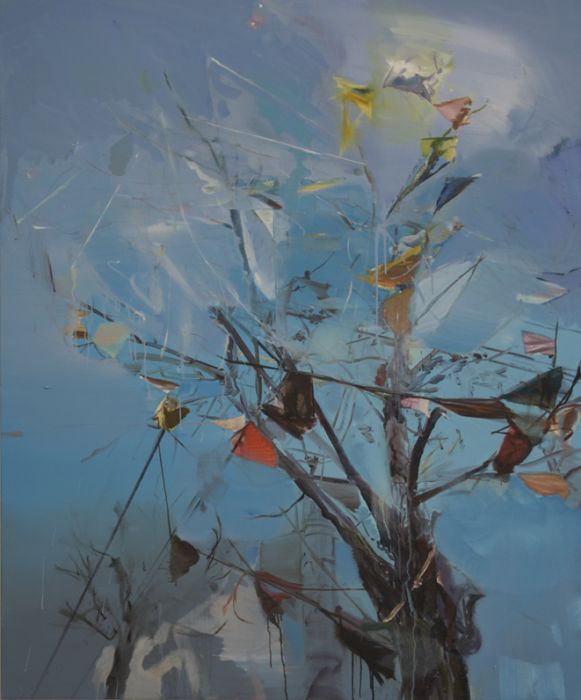 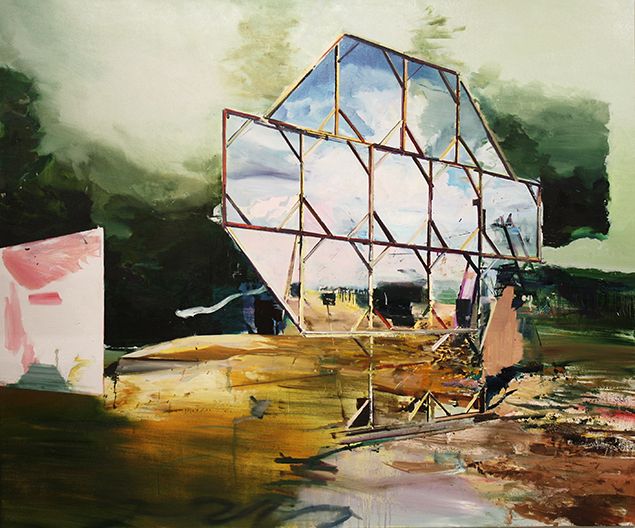 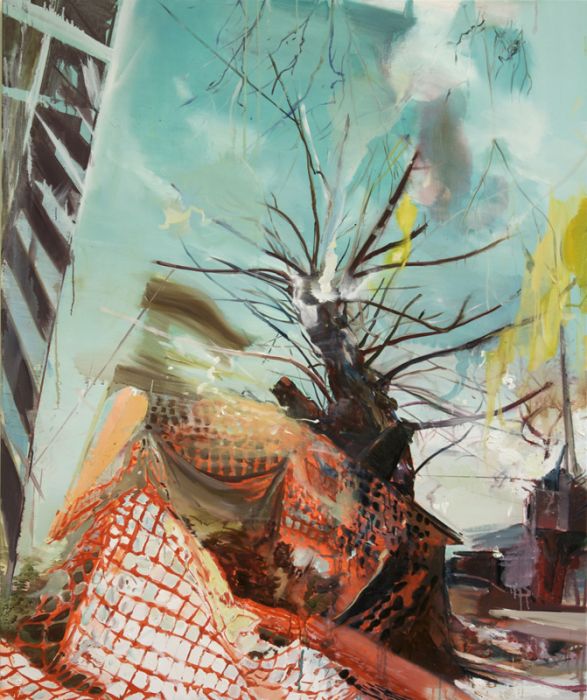 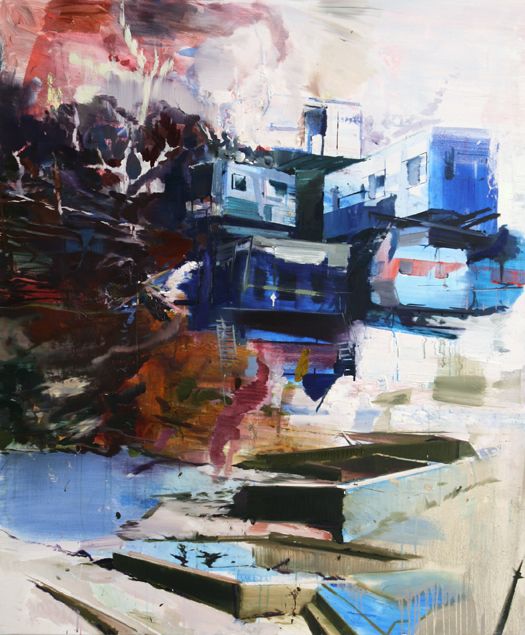 All photographs have been taken from his online portfolio at Birch Libralato, the gallery representing him in Toronto.