Coral Fang by The Distillers

One of my favorite punk rock albums of all time is The Distillers 2003 major label debut album, Coral Fang

. Not only is it some amazingly catchy guitar riffs, it’s got  some hard hitting drum beats, and lusty blood filled lyrics. Something any fan of The Distillers will happily admit. Oh, and did I mention Brody? 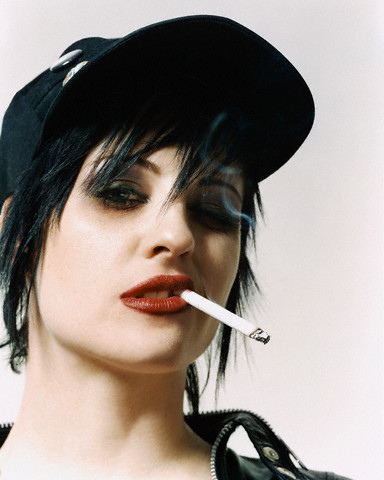 Ok, there is more to The Distillers than just Brody Dalle, Tony Bradley plays the guitar and backing vocals (if any) on this album, Andy Granelli on drums, and Ryan Sinn on the bass.

Drain the Blood sets the pace and content with… blood. Immediately one recognizes Brody’s voice. Crunchy, raspy, alluring, raunchy. The killer guitars beat into you like a good lover would.

The start of Dismantle Me has a quick drum line that I think exemplifies what The Distillers are all about: quick, tight, and fitting. “I want to bury you” is a line I quite enjoy.

I like how the start of Gallow is God has the confused guitar lick. Kind of beating itself against the wall until it finds a nice space to sit in, like one that is fighting to get out of a tight place. 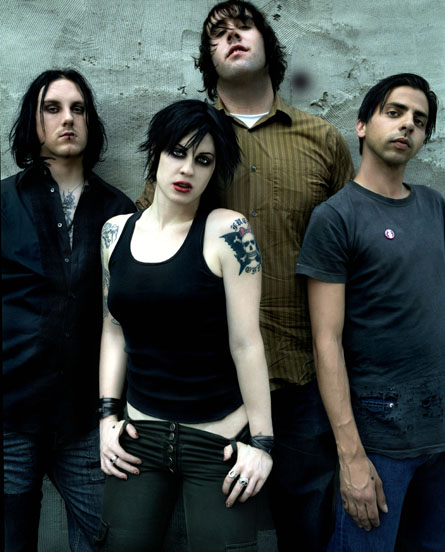 The title track, Coral Fang starts off hard hitting and filled with voices that come out of the closet to scare you into a roaming lunatic evening of bizarro.

One of my favorite songs of the album is The Hunger. The starting has that “it was a hard night, now I’m going to relax” vibe to it, like they’ve been there, done it and are veterans. I like the feeling that it gives me. I see old beat up Cadillac’s cruising down the highway with greasy hair flowing in the wind… Also, if you should know anything about me, it’s that a slide guitar makes me fall in love; yes, it has a slide guitar in it.

Hall of Mirrors I feel was perfectly placed in this album. Its not to fast, and yet fast enough to transition from the relatively melancholy song of The Hunger. It’s got a killer chorus too: 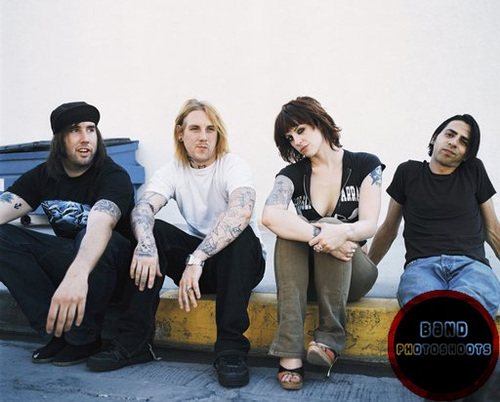 Beat Your Heart Out is also a favorite song of mine. You know what, they’re all my favorite. The Distillers are amazing. It saddens me to think that they will no longer make any more records, as they’ve disbanded a few years ago. But, all is not lost, Brody now has a solo project called Spinnerette.

Not that all the other songs on this album don’t, but I find that For Tonight You’re Only Here To Know really exemplifies what Brody voice is, not necessarily the lyrics, but it seems she was interested in listening to her voice more in this one, which I enjoy. This band wouldn’t be a band without her voice. Er… they do have some amazing guitar riffs… hmm. How can one think about such things..

Ok, and the freak out at the end? Who enjoys the entire song of Death Sex? I know I do. Even with a headache and at 1 in the morning. God this is a good album. I hope I’ve encouraged you to get your hands on Coral Fang