Death of Sardanapalus by Eugène Delacroix

However, the scene painted by Delacroix is much more tempestuous and busy compared to what Lord Byron had written.

In this painting, the King watches as his harem is slaughtered before his eyes, after the loss of battle. One throws herself at his feet in her dying moments.

It is interesting to note how Delacroix, and other artists were frequently influenced by literature. Théophile Gautier said: “the artists read the poets, and the poets visited the artists. We found Shakespeare, Dante, Goethe, Lord Byron, and Walter Scott in the studio as well as in the study. There were as many splashes of color as there were blots of ink in the margins of those beautiful books which we endlessly perused. Imagination, already excited, was further fired by reading those foreign works, so rich in color, so free and powerful in fantasy.” 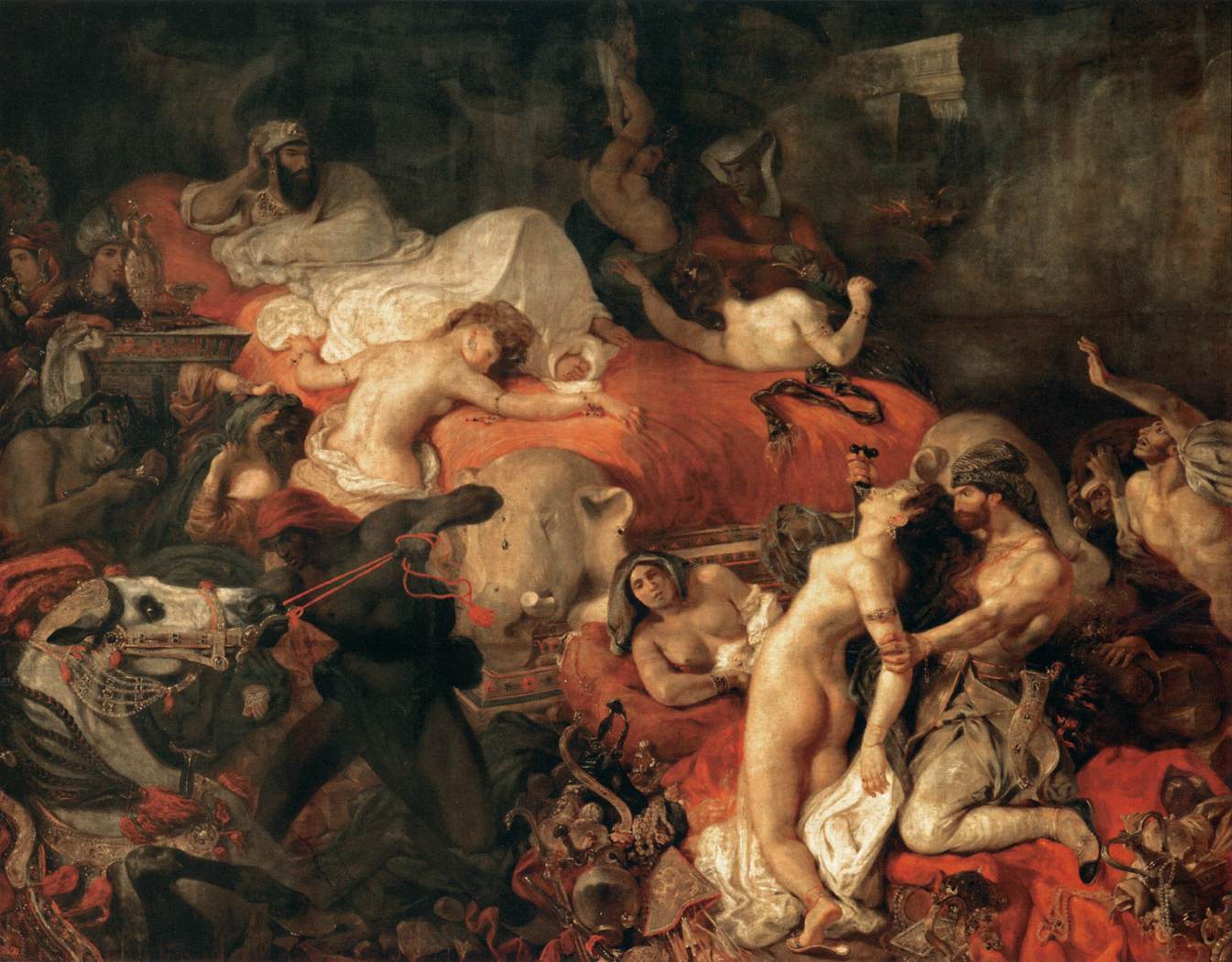 the Death of Sardanapalus by Eugene Delacroix