Fixin to Thrill by Dragonette

So recently I’ve got my hands on Dragonette‘s most recent album, Fixin To Thrill. It has, and will continue to amaze me with its dynamic sound, filled with reverberations of all sorts of genres. 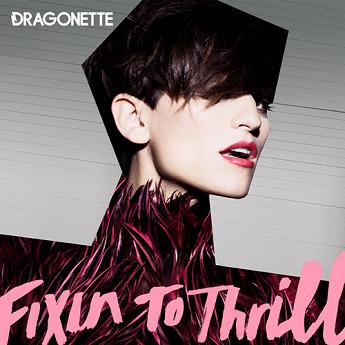 Fixin to Thrill comes packed with punches of grunge, oozing with coolness like a casual saunter through a beautiful but sketchy park.

Throughout the entire album, I found myself constantly saying, wow this is good. Its a side step from a lot of music coming through these doors as of late, that are folk blues artists.

The lead singer, Martina Sorbara completely packs the sexyness and prowess that a flashy rocking band like Dragonette requires, her voice is simply groovy.

Dragonette is a Canadian act, rocking since 2005, according to Wikipedia, and this is their third album out. Second one on their record label Mercury Records, the first being Galore (2007). Their first a self titled EP released in 2005.
Galore is also a great album, but, Fixin to Thrill just steps it up to a whole new level.

There are electronic grooves that keep the songs all pumping, but then fat bass lines sink into the listener, both taking the ears on a grooving roller coaster.

To me this proves that the Synth is very far from dead.

If you have not heard it, check it out.

2 Thoughts on “Fixin to Thrill by Dragonette”