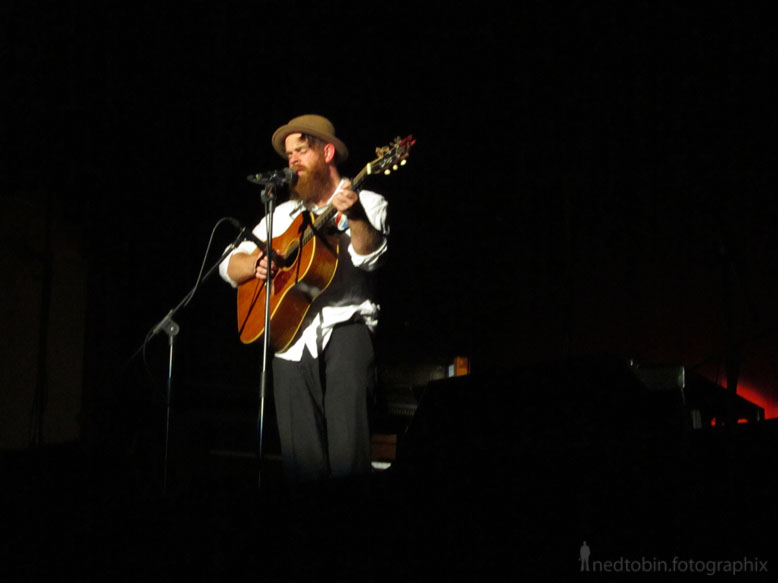 On Saturday, May the 7th, 2011 I had the pleasure to see Joe Purdy play at the Rio, an old theater just off of Commercial Drive on Broadway in Vancouver.

Joe Purdy has been a huge inspiration to me, as well as a beacon of hope during all those lonely hours along the road.

His songs are very heart felt. Yes, they may indeed make those lonely hours lonelier, but then when you’re just ready, they’ll pull you out and you’ll know there’s something out there for you.

He is a folk musician. He plays either with an acoustic guitar, or a piano. He did have two boys, who incidentally were also the opening act called The Milk Carton Kids (JC and Kenny), accompanying him on the stage at times, which to me made the show pick up the old dancing shoes and tie in a jig around the theater. 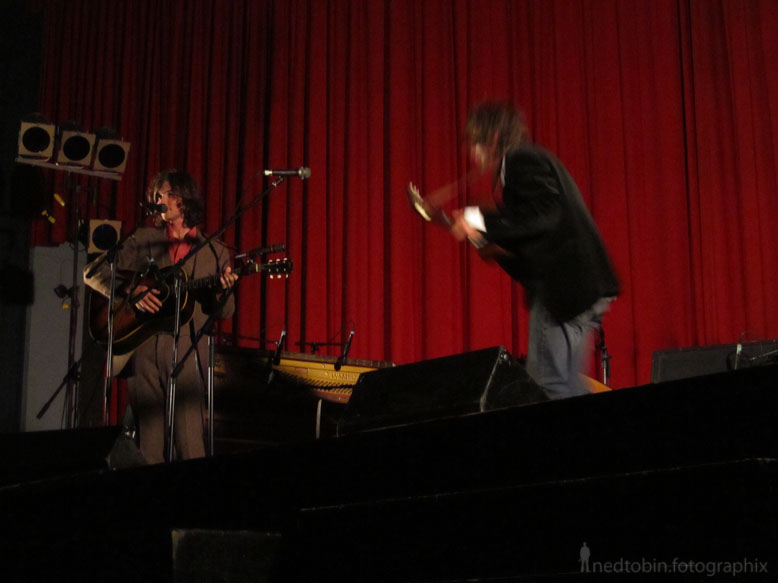 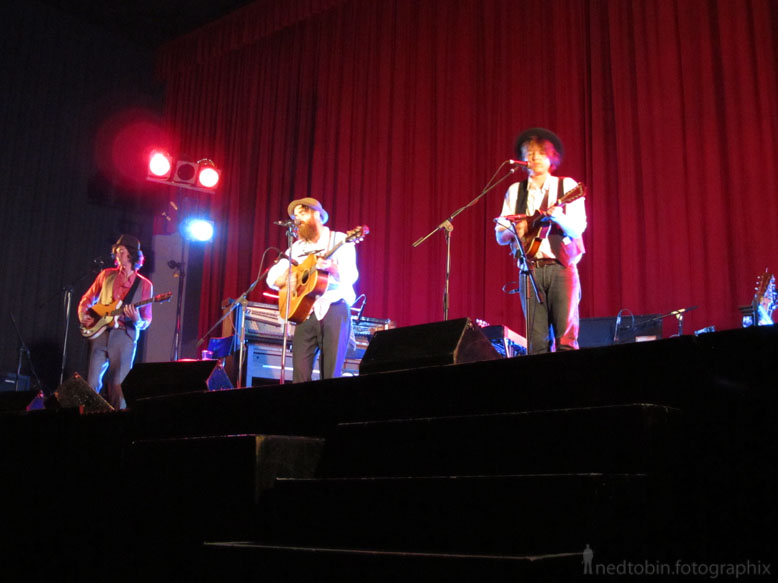 I got there early, I knew it was a theater so I grabbed a front row seat; I like to see the beads of sweat pouring off the artists forehead. They worked for it, the three of them worked hard all night.

The funniest thing of the night was easily the lights guy, although there was some funny conversations as the night went on.. but the light guy! The entire night he kept switching on and off random lights at very random times, it was worse for The Milk Carton Kids, but was still going on randomly during Joe’s performance.  There was one point when the bass player on the left there, JC, was just hammerin away waiting for Joe to get ready with a nice solid beat, the boys were laughing at him cause he was all ready, but the light guy decided he would try and be funny and rock a light on and off for a while. I cringed, yes I cringed. Why didn’t that damn light guy just STOP! 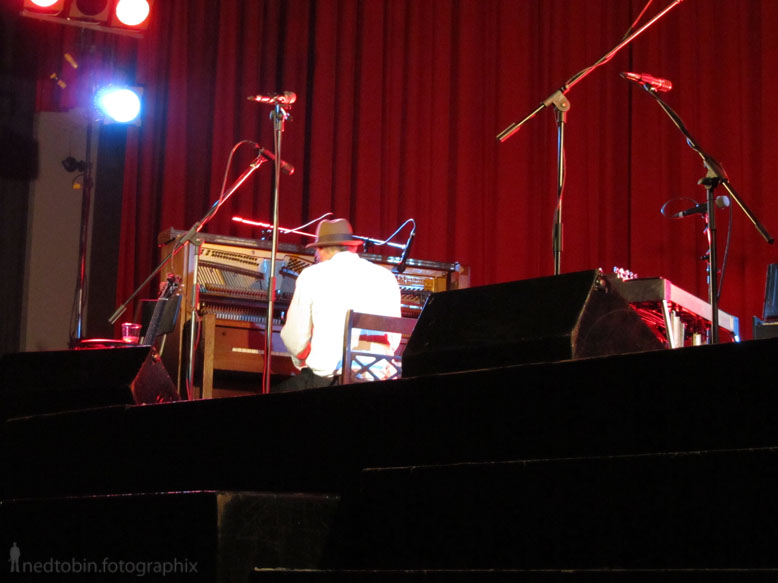 Above is Joe playing Can’t Get It Right Today, one of my favorite songs. He commented early in the show how quiet the venue was, since they were so used to smaller places that were filled with loud people not listening to the show. This, luckily enough for us, meant that this would possibly be the saddest anyone would ever hear some of his songs. I honestly can’t see any other way to take in a Joe Purdy concert.

It seemed all so fitting. He said at the start of the show, when he sat for the first time on the piano, that the piano tuner guy had come late and they had just sent him home. I guess they felt the piano was tuned good enough (it was a bit off), which added to the rawness of his music. 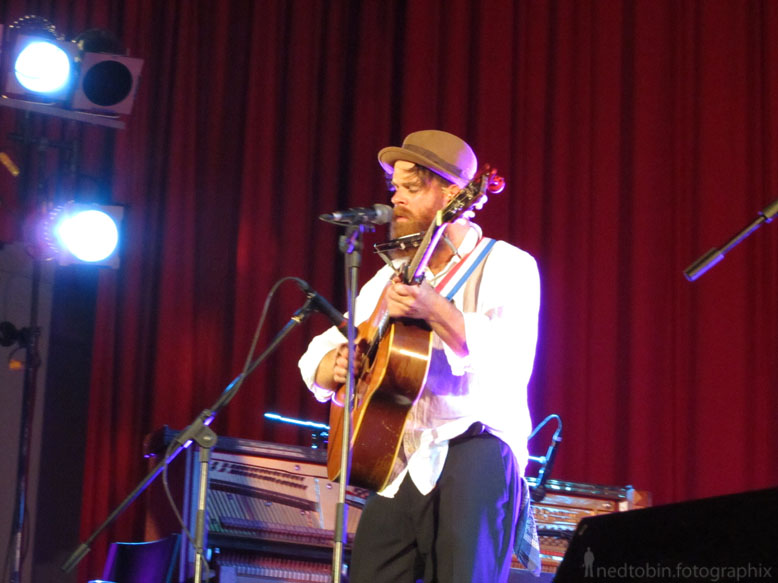 I liked the feeling of it, like an old western. Joe had the aura of an old saloon veteran, dress pants and a bright white shirt, open faced piano (slightly out of tune) and acoustic guitars. It was my kind of night.

If you have a chance, check out Joe’s tour schedule to catch him somewhere! Anywhere! 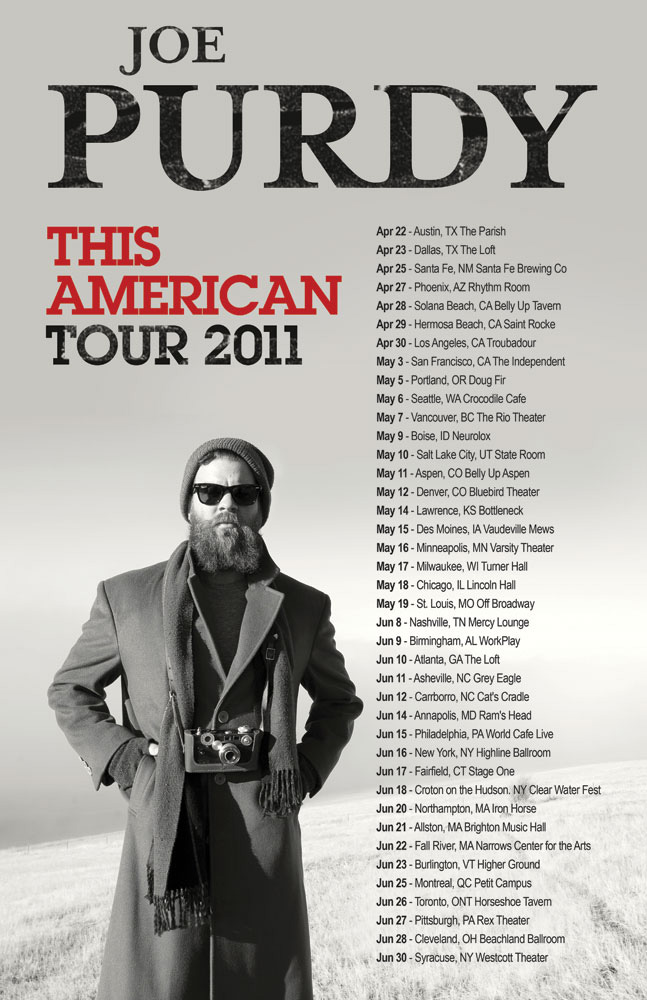