Riots swept through the districts of London over the last few days, in the trailing of the Aug 7th weekend of 2011, leaving many people furious at the hooligans as well as fumbling for words to explain the destruction inflicted.

Looters took over the street, smashing windows, burning cars and buildings, and looting anywhere that seemed like it would be able to fill a suitcase.

The riots seemed to have lasted for about 3 days, but there are still reports coming in about hoodwinks attempting to rob photographers of their cameras, and looting broken stores.

From the best of my understanding, the riots have been initiated by the government cutting budgets, which has reduced the police, fire, and other such essential services to the country.

The word on twitter is that people are just starting to leave their houses, after three days inside, to get their essentials. Can you imagine what it would be like to be a shop owner at this time? Devastating if you ask me.

There is a pool on Flickr about the UK Riots. Most of the pictures are protected, or else I would have posted them on here for you to see the spectacle of it all.

People on twitter have been tweeting their own pictures. 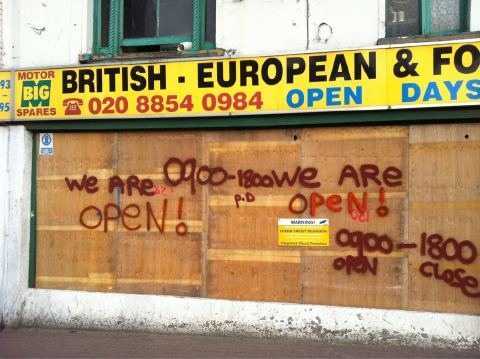 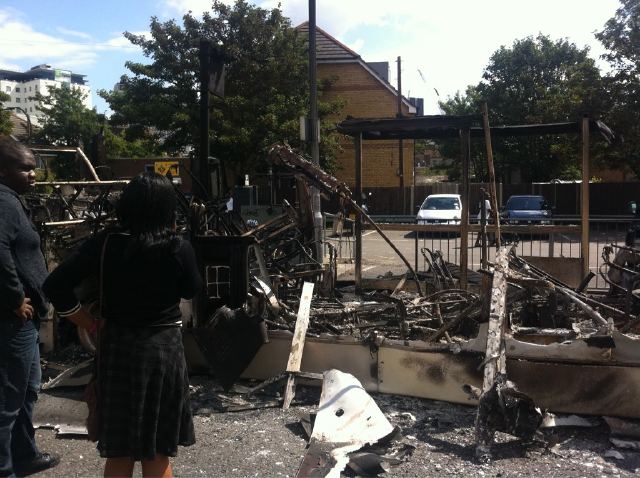 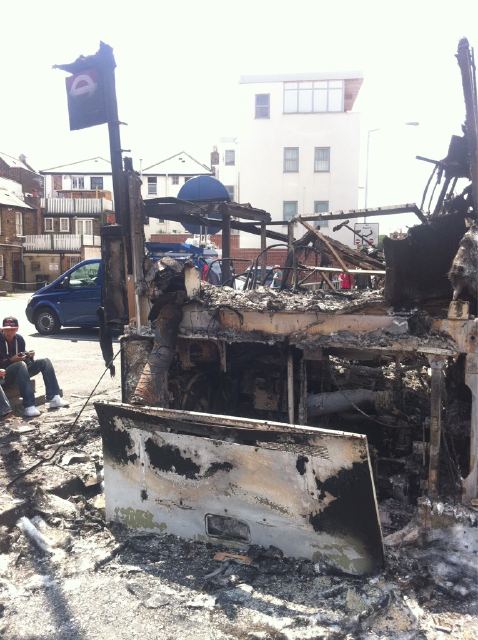 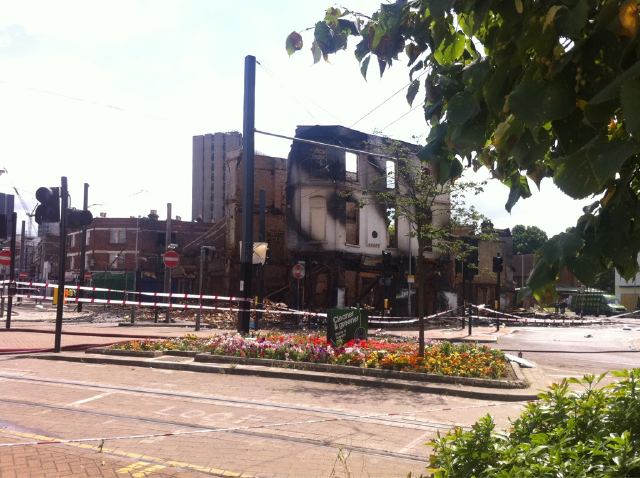 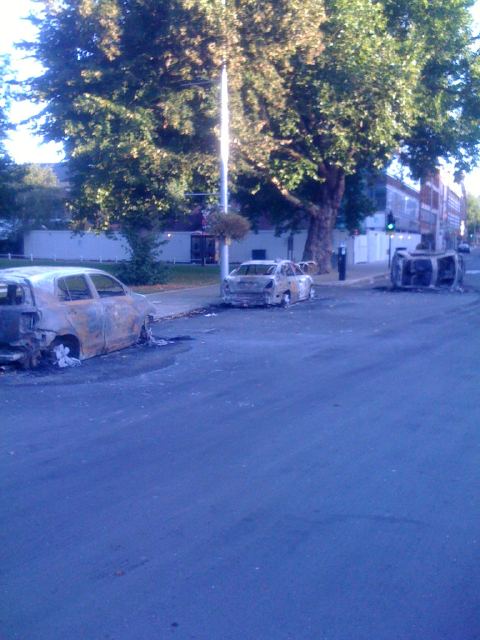 I feel these following videos do a really great job showcasing what exactly the destruction was.