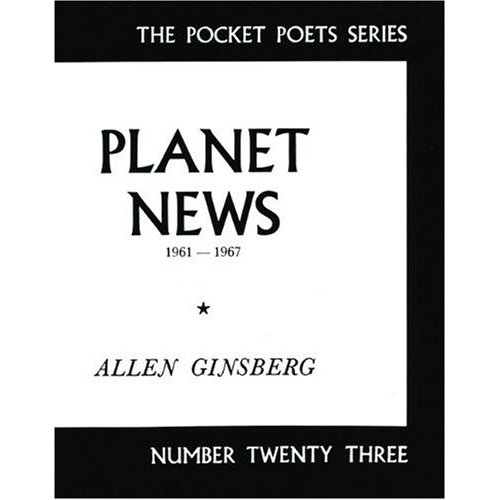 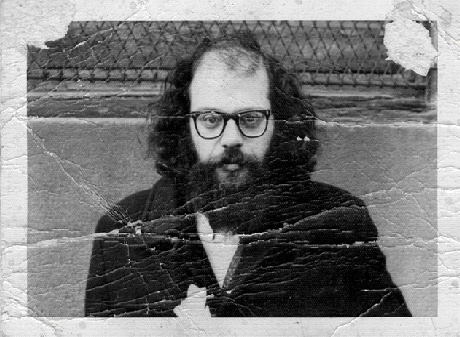 is a great book of poems. It encourages the reader to release their pre-conceived notions of poetry, and allow themselves to dance disturbingly through a picture that Ginsberg paints.

Journal Night Thoughts is one of the most chaotic verses of poetry conceived. Random rants and circles and un-announced paths discover that which cannot be explained.

Television was a Baby Crawling Toward that Deathchamber is a brilliant exploration of that exactly which the title describes, as much as any Ginsberg poem can stay upon one single topic.

Many of his poems explore city streets of places that Ginsberg is visiting, or places that Ginsberg has possibly been. Waking in New York, Vulture Peak: Gridhakuta Hill, Last Night in Calcutta, and Cafe in Warsaw at least mention the place in the title, and manage to brew up some sorts of raw cunning or unprotected adulterations that describe very true scenes that can be imagined. 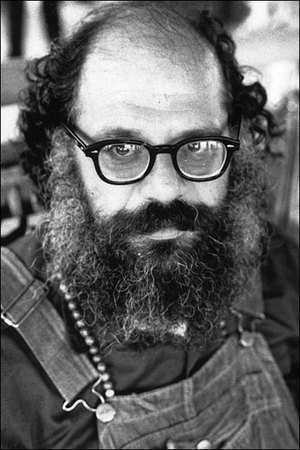 I found the little poem First Party at Ken Kesey’s with Hell’s Angels a very interesting poem, as it seemed simpler and explored the spaces that Ginsberg likes to leave with less description and instead random observations, rather than his typical dreamscape that he explores with much more words.

Another topic of choice which, given the date the poems come from and Ginsberg’s cultural circle, seems only natural is the US Government. Ginsberg’s way of sarcastically exploiting that which he does not approve of was clear in many of the Wichita poems, such as Wichita Vortex Sutra, or in Today which is yet another complaint about the government.

is a beautiful read. If it’s not something you’re immediately interested in, the read is worth it for the mere significance Allen Ginsberg has had on the art of poetry.

One Thought on “Planet News by Allen Ginsberg”