The temple is a dedication to Lord Visnu, who is known as the supreme soul (paramatman), or supreme God (parameshwara). 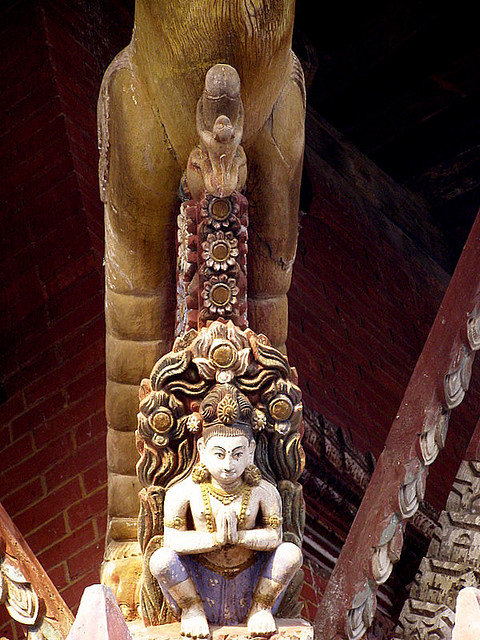 The temple is old, but it’s been restored, like all ancient buildings must at one time be. Documents found within the temple during the Licchavi King Mandeva reign (~464 AD) prove that the site was established as a sacred center for the Hindu around the 3rd century AD. The building itself was restored to its current state around the 17th century, and is one of the finest examples of the pagoda architecture typical of the area with its metal and wood carvings throughout. 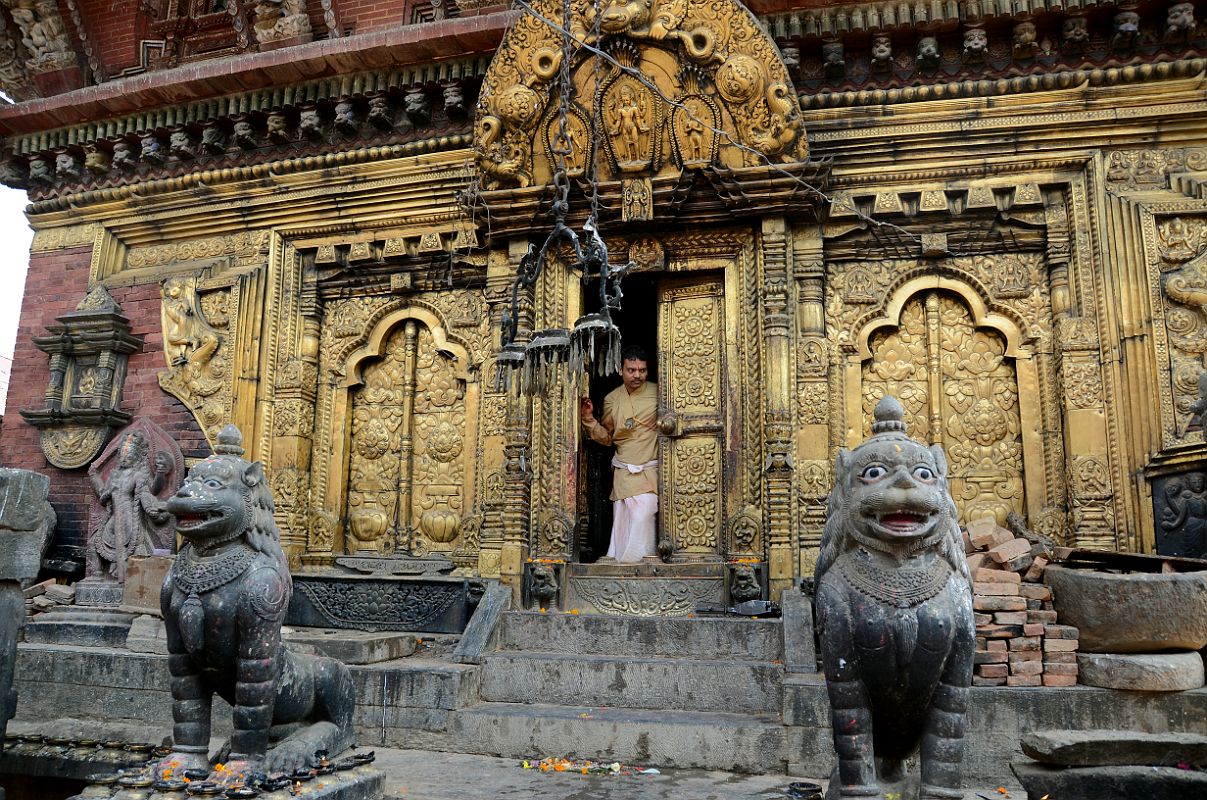 The legend goes that a cow herder, a Gwala, bought a cow from a Brahman that was supposed to produce a lot of milk. The Gwala took the cow out to pasture every day, and in the evening he would milk the cow, and after a few days he became very disappointed with the cow for it was hardly producing any milk! So,  upon consulting the Brahman they decided to monitor how the cow roamed in the woods and see if something funny was happening. Sure enough, as the two of them hid themselves, the cow would go and sit in the shade of a champak tree, and out from the tree a black boy would emerge and take all the milk. Enraged, the Gwala cut down the tree, but as he did this, human blood began to spill out of the tree. Devestated, both the Brahman and Gwala began to cry, but soon emerged Vishnu who explained to them that many years ago he also had committed a punishable sin by killing Shudarshan’s father unknowingly while hunting in the forest. He had been cursed to wander and ended up Changu where he survived only on the stolen milk of a cow. By cutting down the tree, the Gwala had actually freed Vishnu of his curse! After this, both the Brahman and Gwala worshipped Vishnu.

There is actually still evidence of Brahman Sudashan in the temple. 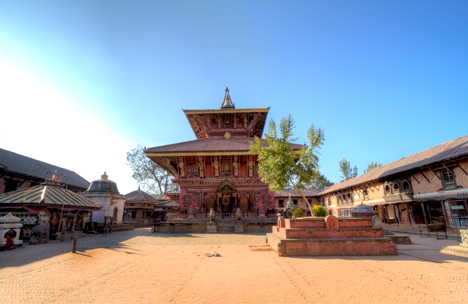 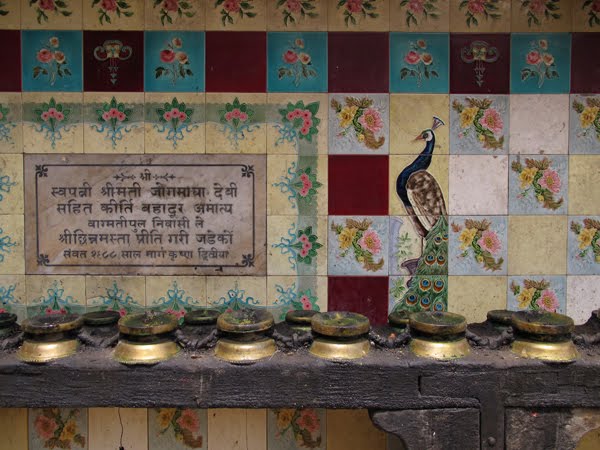 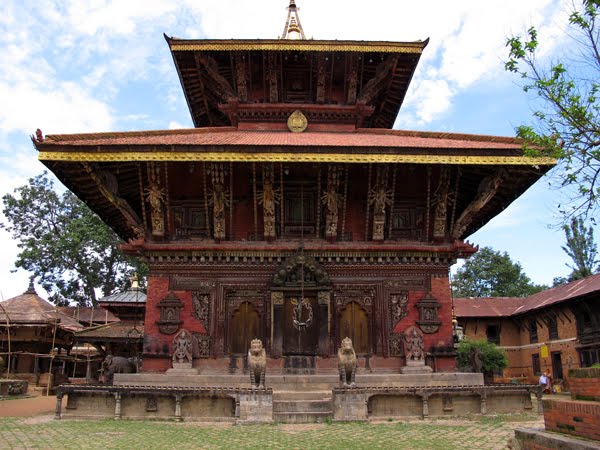 Where will your next destination be?