Every once and a while I stumble upon an artist that exudes the kind of mystery and illusion that I’m so very fond of. Shapes and sizes do not matter, it’s emotion and brilliance that I look for. Something out of the ordinary that’s taken beyond what I could ever imagine, redefining what those boundaries are.

Craww is one of those artists that’s done this for me.  His sentiment I am so fond of right now, a mixture of black heartedness, macabre, and longing.

From his site: “His work is a stream of consciousness ramble through the woods, uncovering secret stories and ambiguous connections, it’s direction influenced as much by accident and a short attention span as design. It is a world populated with skulls, crows and melancholic girls embraced by flowing lines and natural forms.”

I am particularly fond of his use of chairiscuro, integrating animals and decaying plants in a foggy haze of sweet oblivion. 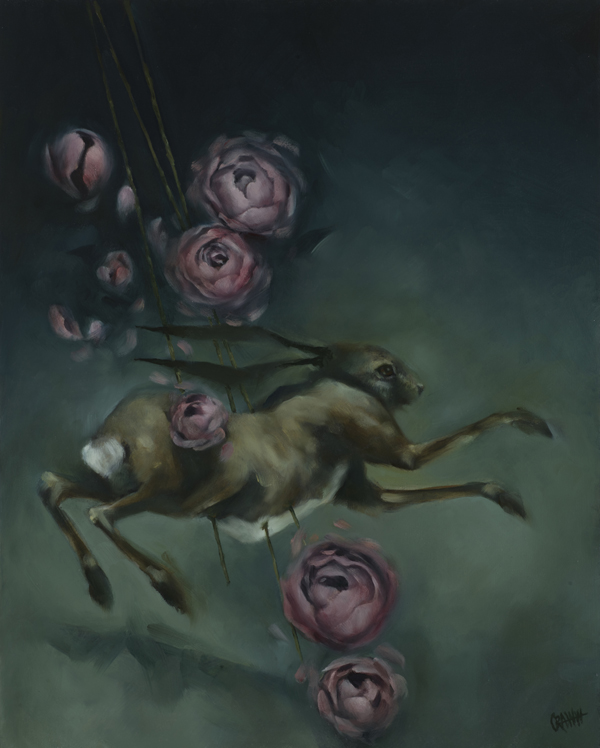 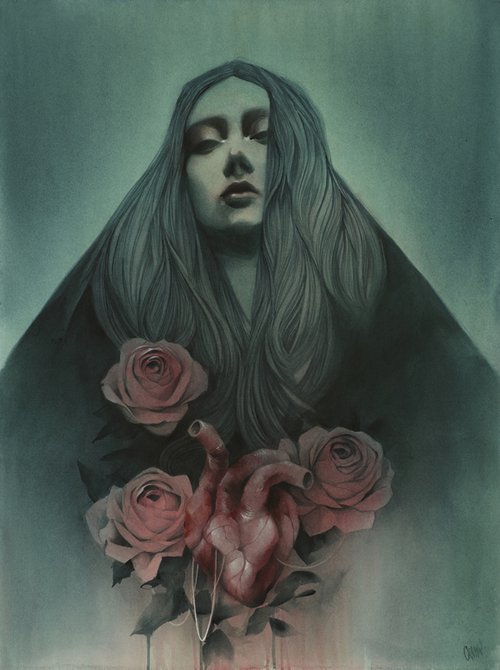 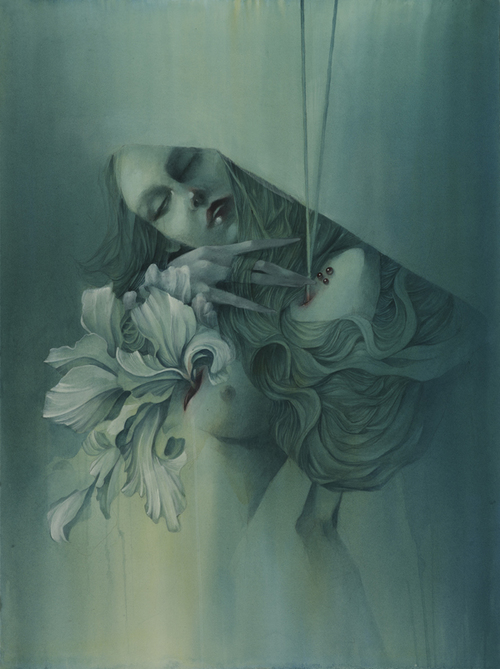 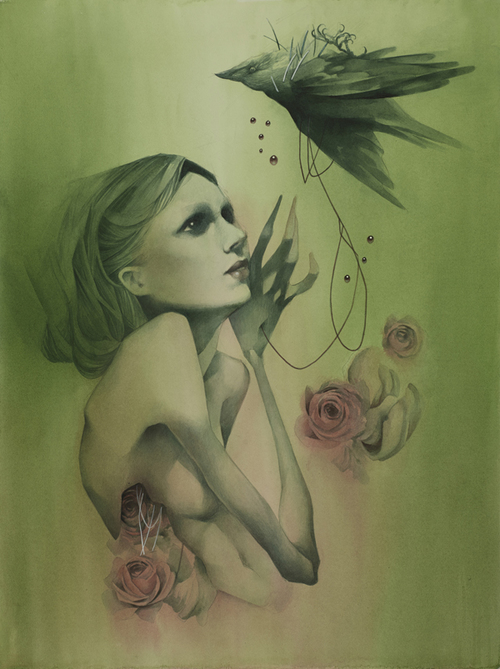 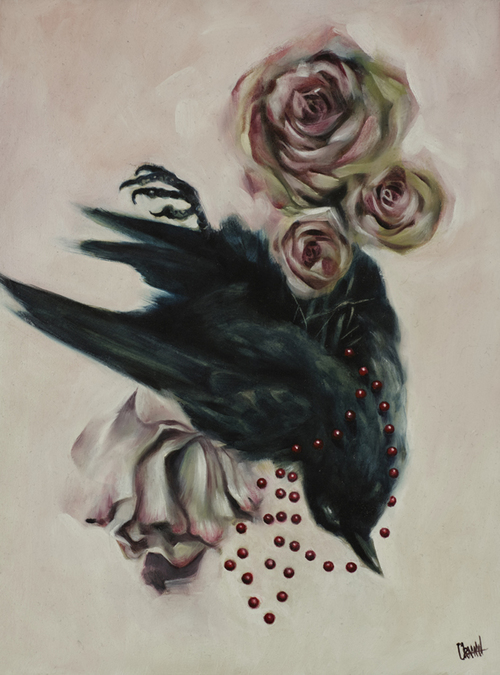 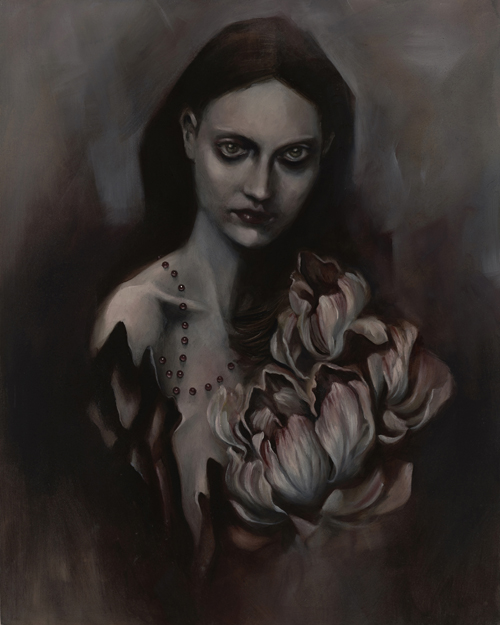 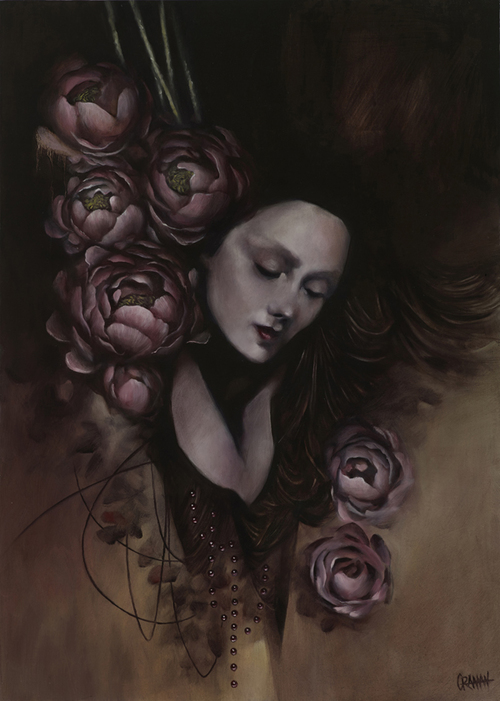 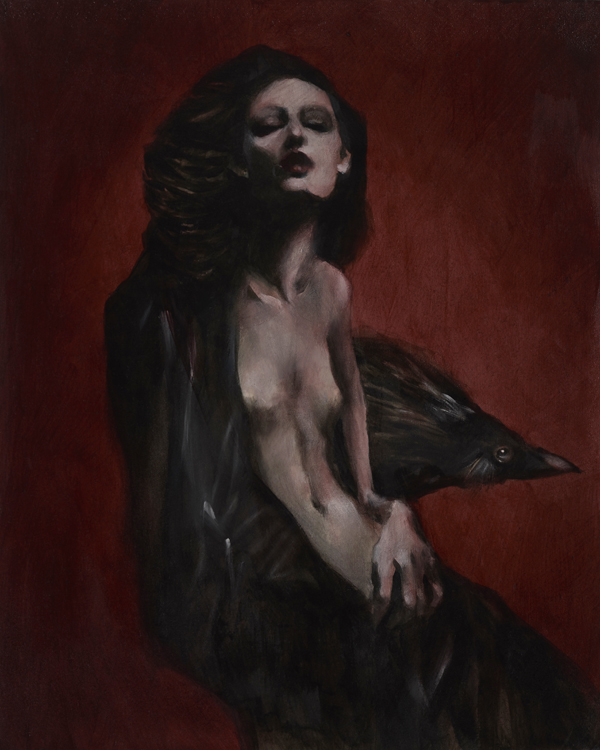 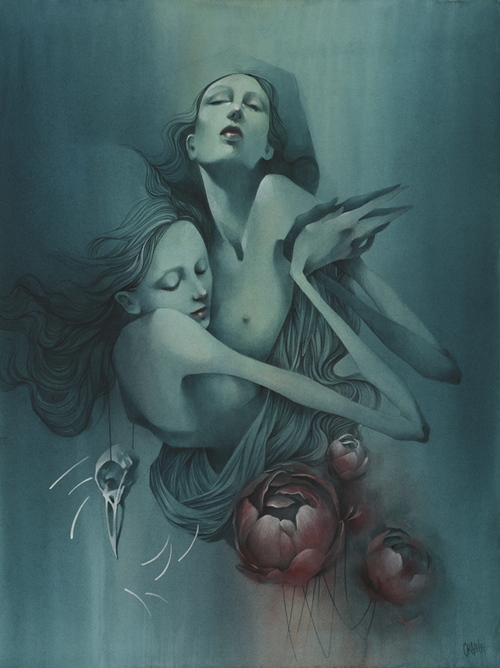 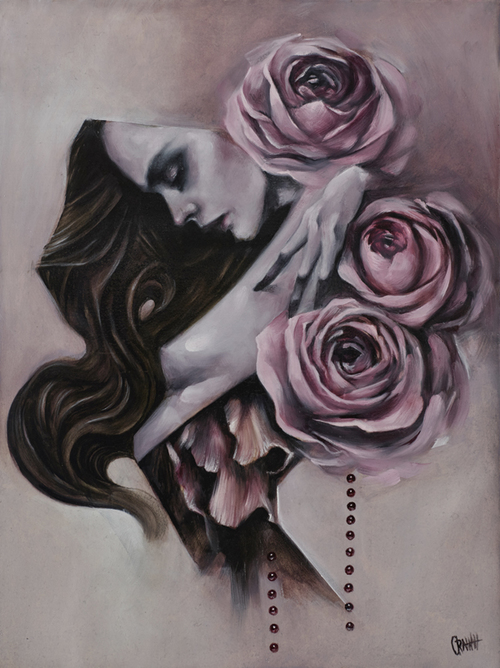 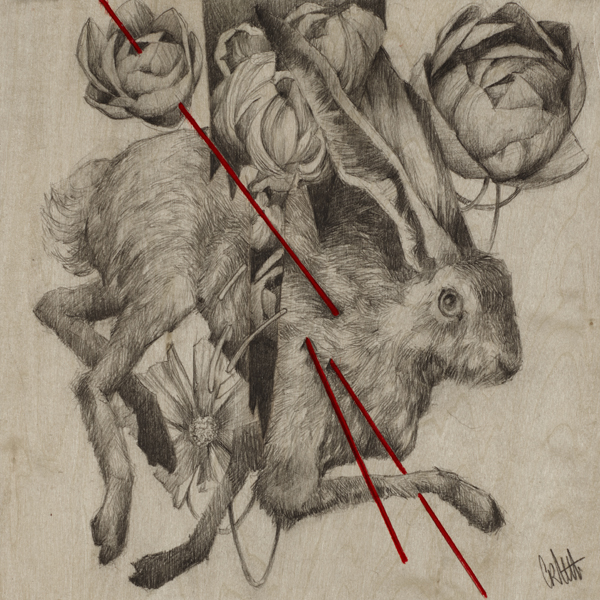