The Calling of Saint Matthew by Caravaggio

The Calling of Saint Matthew by Caravaggio from 1599 is painted on a side wall of the Contarelli Chapel in San Luigi dei Francessi in Rome. This scene depicts Christ, identified by the halo above his hand, pointing to Levi, the Roman tax collector. The scene is from the Gospel of Matthew (Matthew 9:9): “Jesus saw a man named Matthew at his seat in the custom house, and said to him, “Follow me”, and Matthew rose and followed Him.”

Caravaggio was a man with suspect background (known from existing police records), and rebelled against the classic masters which caused many of his peers to denounce him as the “anti-Christ of painting”.

Caravaggio was very influential for future artists because of his infusing religion and classics with naturalism. His work frequently reduced these scenes to human dramas in dark and dingy settings, unidealizing the subjects in them.

The effect you see here with darkness and brightness so eminent in the painting is called chairoscuro, something Leonardo da Vinci mastered in the High Renaissance. Caravaggio was part of the later Baroque movement. 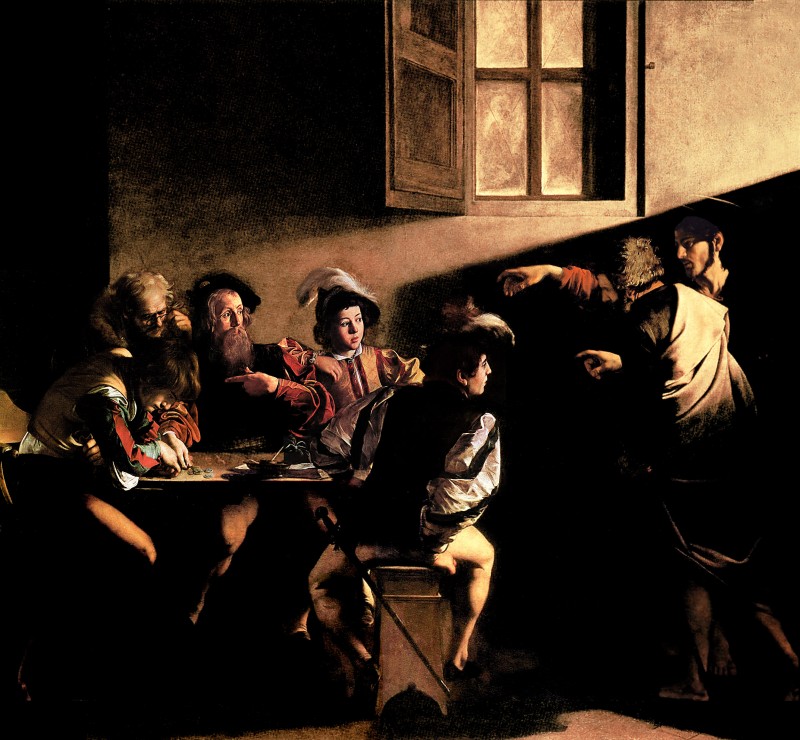