The Sick Child by Edvard Munch

The Sick Child , or Det Syke Barn in Norwegian, by Edvard Munch (1863-1944) is a painting with an interesting story. Munch created a number of lithographs, drypoints, etchings, and of course paintings with this same name from 1885 to 1926. The paintings represent Munchs sister, Johanne Sophie, the moment before she passed from tuberculosis at the age of 15.

The grieving woman is reportedly their aunt Karen, and typically in the various works Johanne Sophie is propped up by large pillows, a look of agony upon her face. It is also interesting to note the looming curtain drawn slightly on the right; perhaps the symbol of death itself, and the covered mirror behind the pillows.

Art critic Patricia Donahue had a very interesting observation: “It is almost as though the child, knowing that nothing more can be done, is comforting a person who has reached the end of her endurance” [Donahue, Patricia. “Nursing, the Finest Art: An Illustrated History”. St. Louis, MO: Mosby, 1996. 433.]

The paintings themselves have a very strong expression. The greens and yellows represent sickness, reds the dramatic (and coughed up blood from late stages of tuberculosis). You can notice strong vertical strokes from the brush, built up on layers of impasto paint [it is reported that these thick layers of paint are because of repeated reworking of the image, rather than a unique technique]. This style expresses emotive power, as if blurry eyed and hazy.

Munch has wrote that the 1885–86 painting was such a difficult struggle that its completion marked a major breakthrough in his art: “I started as an Impressionist, but during the violent mental and vital convulsions of the Bohême period Impressionism gave me insufficient expression—I had to find an expression for what stirred my mind … The first break with Impressionism was the Sick Child—I was looking for expression (Expressionism).” [Eggum, 46]

Interesting factual note that the Nazis felt Munch’s paintings were degenerate art and forcibly removed from all German museums.

This is the second of the six paintings completed by Munch, painted in 1896 when Munch was living in Paris. 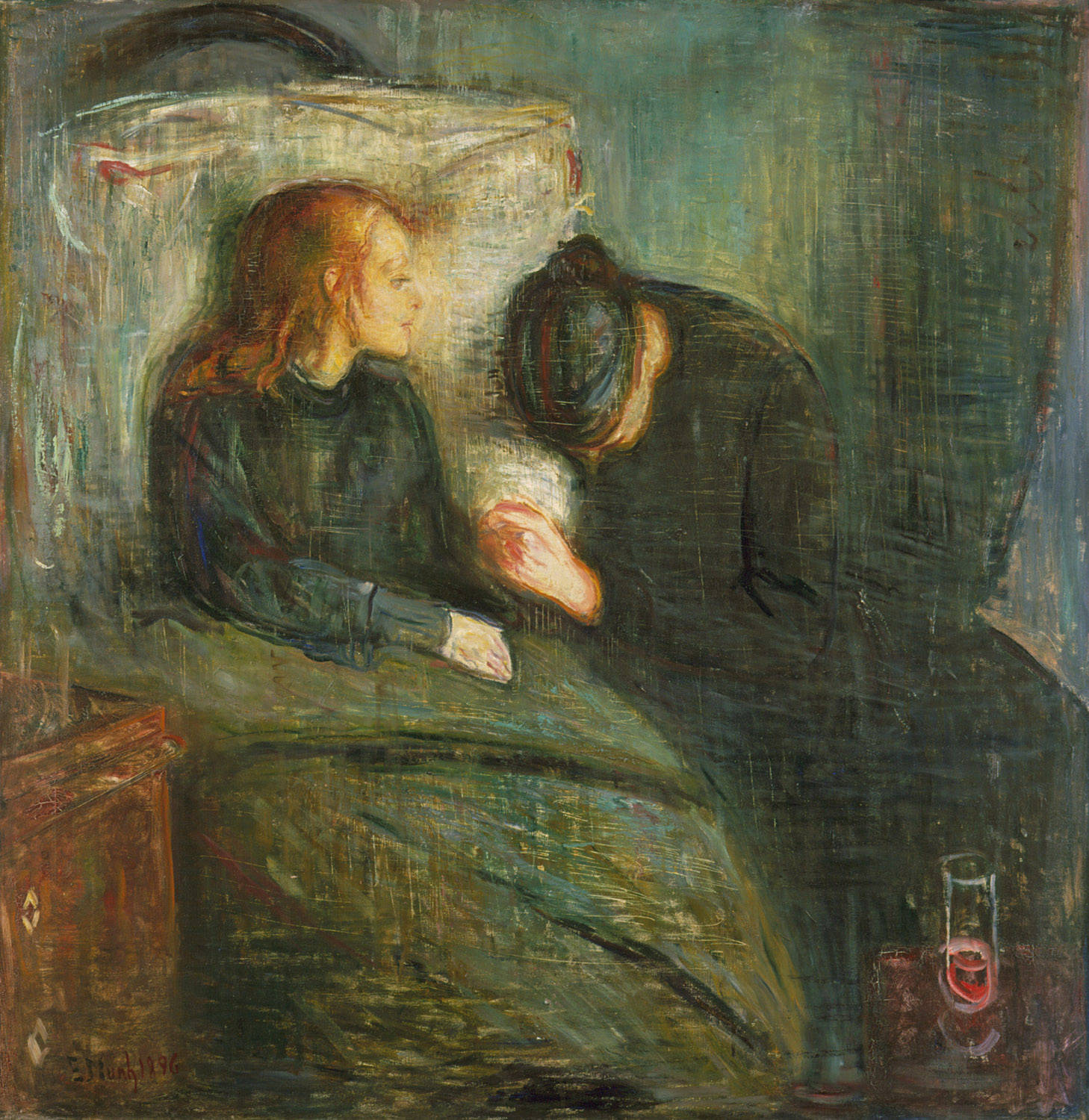 The Sick Child by Edvard Munch in 1896

More reading: Edvard Munch
The wikipedia page on The Sick Child is heavily referenced in this article.