Today I finally used my two year membership to the Vancouver Art Gallery (aka VAG) for the first time since I got it in October. To be honest, I was a little bit disappointed. I have been a membership holder before, and I will most definitely be again, but the show this time wasn’t to the caliber I had hoped it would be.

To me, an art gallery is there to illuminate marvelous pieces of art, expression and meaning into a whole new world of wonder. One should leave wondering what they had just seen, and how it was even possible. AND, with an incredible urge to attempt that art themselves, or at least write a lengthy blog about it. But this time, it wasn’t until I reached the 4th floor that I was mesmerized. This is the first time this has ever happened to me at the VAG, but no doubt, something of the sort will happen again. 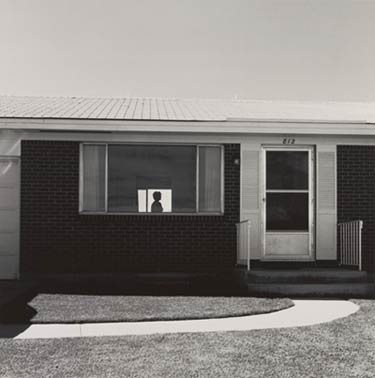 I often ponder how I can be a critic, when art itself is pure creative. It’s everything from preparing, thinking, seeing, believing, and determination that goes into each piece of art, but there is also something about great art, and something about just art, which I feel there is a line between.

In the same breath, how can I dare criticize something so delicate as the past? It is not really my part in this world I don’t think.

Please don’t misunderstand my sentiment; there were many many pieces of Robert Adams that absolutely floored me as pieces of extreme beauty. The one above wasn’t in the collection, but many others were. It was explained that Robert spent most of his time photographing North Americas West, but there were other photographs in there too.

Apparently his work is interpreted to be of how man has altered nature. Glorious (some may think) blemishes on the otherwise vegetative landscape that are labelled with the words of progress. Do you believe this is progress? 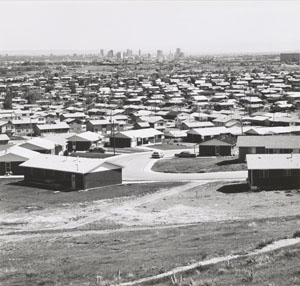 Who knows. I do not dare decide that answer for myself, for I feel if I were to say no it’s not progress, I would be turning my head away from everything that is in my day that builds up to bring me here today. I am in fact writing this to you on the premise of progress: a computer. And if I were to say it is progress, how could I explain the way we neglect mother nature, blindly turn away from the facts of overpopulation, or waste, or poverty. Or what about the great class spread that we (my fathers and mothers before me) have worked so laboriously ahead of me to eliminate? 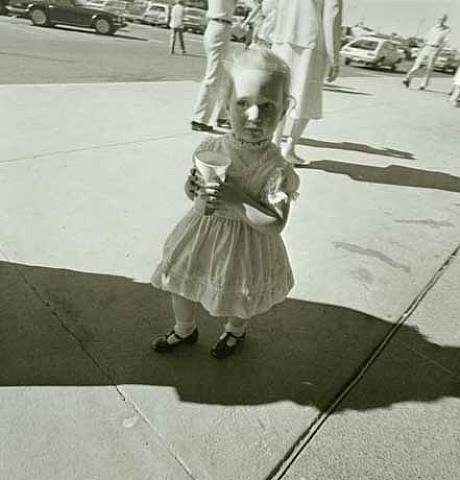 That shall be my rant for today on the world.

On to the rest of the gallery. The second floor was an instillation done by Song Dong. They say he’s an ‘avant guard instillation artist from China.”

Walking through his exhibit, it felt like I was walking through one of the millions of pawn shops, or junk stores you come along on the road. It was amazing how it was organized though, like a maze of dominoes. It was all just JUNK, displayed along the floor in neat symmetric matrices arranged according to function. From toothpaste tubes, to gardening tools, to old cardboard boxes used for pills, to teddy bears, to shoes and clothes, and plastic bottles or even the re-useable bags they’re making us buy at the grocery stores now. It was pretty wild to see how he arranged everything. Just taking the random things we all know and see and turning it into a fantastic spectacle of absurdity! 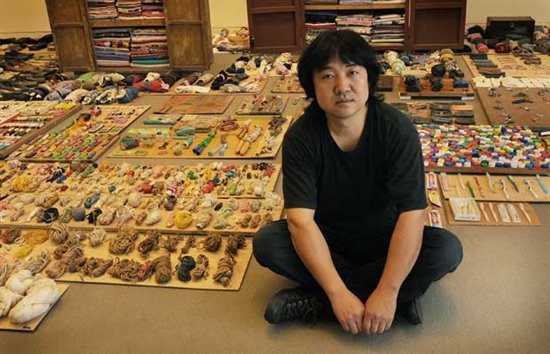 The one thing that caught my eye, at the very end of it, was a chalk board, with a girl drawn in chalk on it, partly smudged out along the edges, but for the most part still very visible. I wonder how he came to have these things?

The 4th floor had an exhibit that was ‘In Dialog with Emily Carr‘, which was astounding. Over the time that I have spent getting to know Emily through the Art Gallery, it has made me greatly respect the woman. 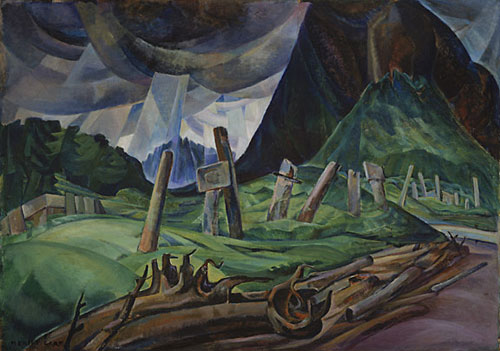 Today there was a place to sit down and you could hear a dialog between one of the artists and her (I suspect it was an Emily impersonator since she’s been dead for some 60years) about the difference between now and then. It was amazing to hear her amazement about how one of her paintings sold for just over 2million dollars! Apparently there was lots of time how her paintings couldn’t even sell. Where she had lost all hope, and how she struggled to make ends meat. I guess this is the woe of all artists isn’t it?

The guy illuminated how green never sells paintings… It kind of made me think a bit about my next paint purchase!

Emily‘s work is both exact and abstract to me. It has a remarkable beauty in that it illuminates certain aspects of the life, without forgetting the other parts of the picture, while still remaining somewhat… well, just amazing I guess is how to explain it. Her work has now become very recognizable to me, since the VAG houses the biggest and most extensive Carr collection known. 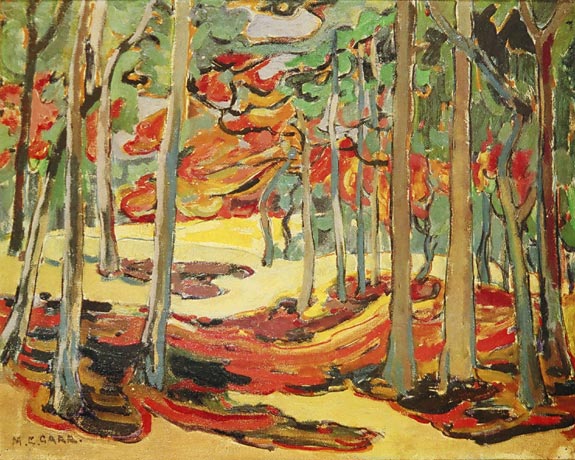 What makes me sad is knowing how an artist like this was never appreciated in her time because of the fact that a. she was a woman in a mans world, and 2. she bridged a racial barrier that hadn’t ever really been attempted or valued at the time.

One is very tempted to say we will never come across something like this again in our time, but that would be much to naive for a person that knows better. Most certainly it is happening now as we speak. Who knows, maybe we already know the person personally!