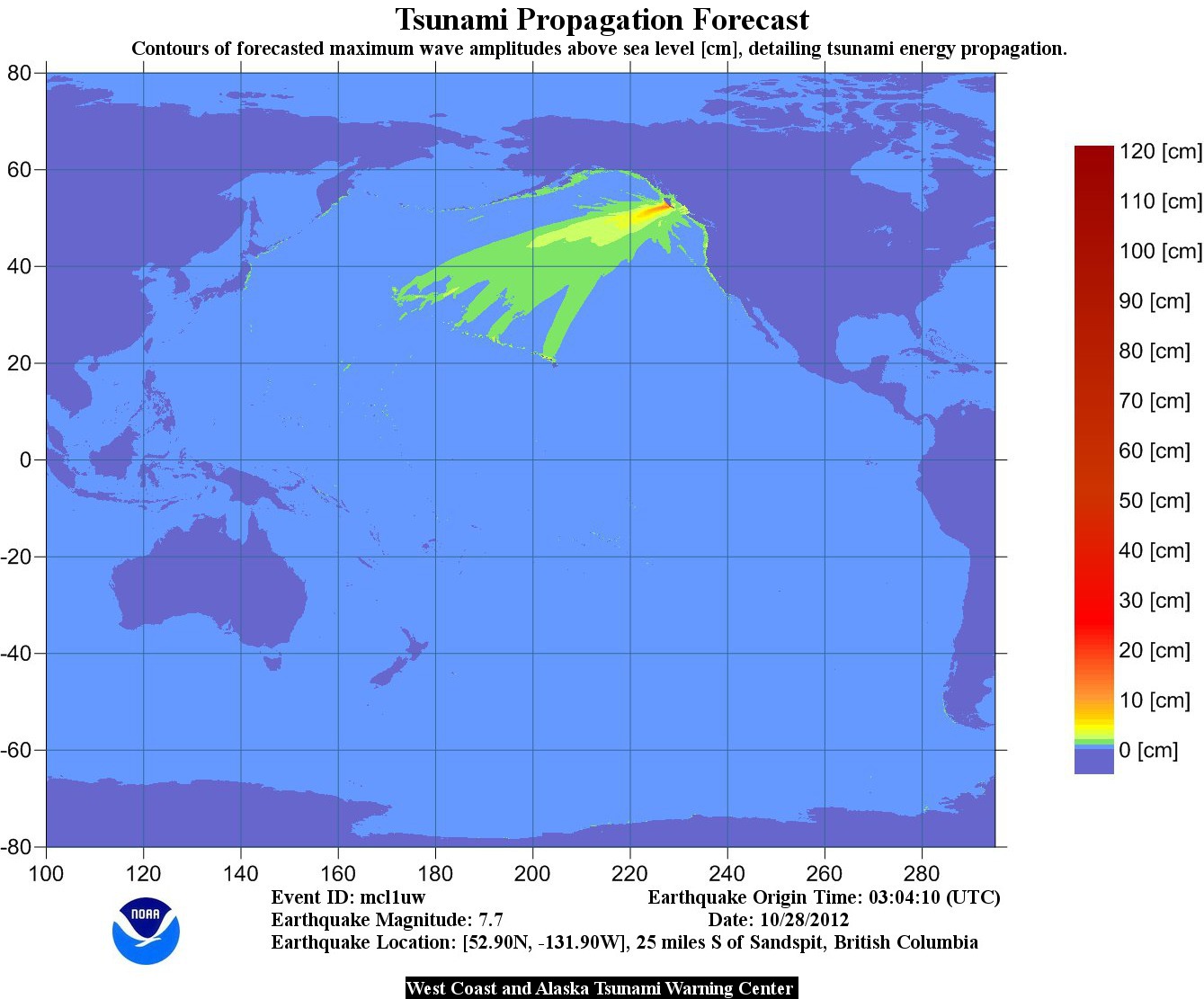 The tsunami Warning continues in effect for the coastal areas of British Columbia and Alaska from the north tip of Vancouver Island, British Columbia to Cape Decision, Alaska (85 miles SE of Sitka). – Event details: Preliminary magnitude 7.7 (Mw) earthquake / Lat: 52.900, Lon: -131.900 at 2012-10-28T03:04:10Z Tsunami warnings mean that a tsunami with significant widespread inundation is expected, or occurring. Warnings indicate that widespread dangerous coastal flooding accompanied by powerful currents is possible and may continue for several hours after the initial wave arrival.

Recommended Actions: A tsunami has been generated which is expected to cause damage to the warning and/or advisory regions. People in low-lying coastal areas should be alert to instructions from their local emergency officials. If in a tsunami warning coastal area, move inland to higher ground. If in a tsunami advisory coastal area, move out of the water, off the beach, and out of harbors and marinas. Next update and additional information: This message will be updated in 30 minutes or sooner if the situation warrants. The tsunami message will remain in effect until further notice. Refer to the internet site wcatwc.arh.noaa.gov for more information.