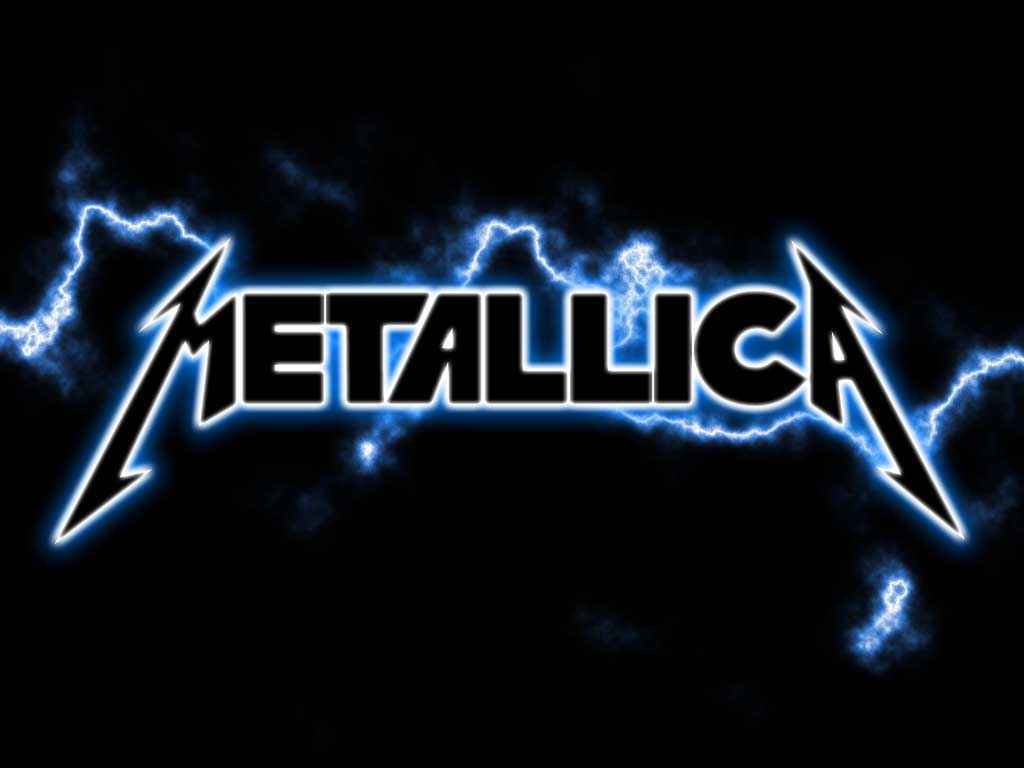 That’s over 30 years now of kick-ass, loud, in your face metal. There is no denying that they catapulted the genre of metal into existence. Before them, we’re left thinking about bands like ACDC, Iron Maiden, Black Sabbath, Mötorhead, Deep Purple (if I may)… I’m by no means exhausting this list, but the fact remains that there was nobody before with the same rhythmic intensity that Metallica had, and now continues to have in spite the ruthless critics. Granted ACDC was epic beyond proportions, but they lacked something deeper that Metallica has.

It hasn’t always been flowers and grenades though, they’ve had some rocky paths as any band has that’s been killing it for over 30 years should have.

In 1983 the band gave legendary Megadeth frontman Dave Mustaine the boot because of drugs, alcohol, and violent abuse. Rumor has it that him and James Hetfield got in a big fight just prior to that which was the last straw. No big deal, he just built Megadeth.. 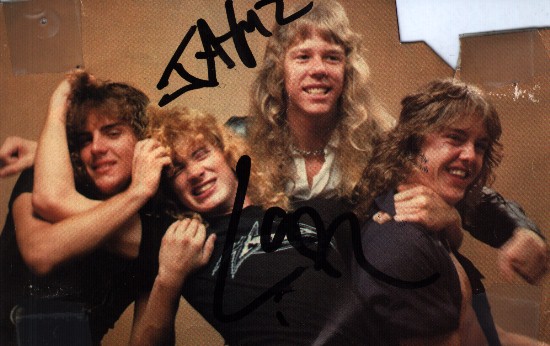 Replacing Mustaine was guitar virtuoso Kirk Hammett, a man who can shred some serious guitar.  This was just before their debut album, which was supposed to be named Metal Up Your Ass, but renamed to Kill ‘Em All due to record label fun.

Kill ‘Em All is one of those albums that will always be in your record collection if you call yourself a serious metal fan. What an epic album that turned the world upside down.

Following this, in order, came Ride the Lightening, Master of Puppets, Garage Days Re-Revisited, and …And Justice For All. All, very VERY epic albums as well.

Tragedy struck on September 27, 1986 during their Damage Inc. tour, their bus lost control killing bassist Cliff Burton. This nearly ended the band as they were devastated, obviously, but with blessings they sought out a replacement.

Enter Jason Newsted, one mad, aggressive, and powering piece of work into the lineup. Not that Burton wasn’t [lets take a moment to think about the solo on Kill ‘Em All], but Newsted had something special.

His debut with Metallica was on the Justice album. 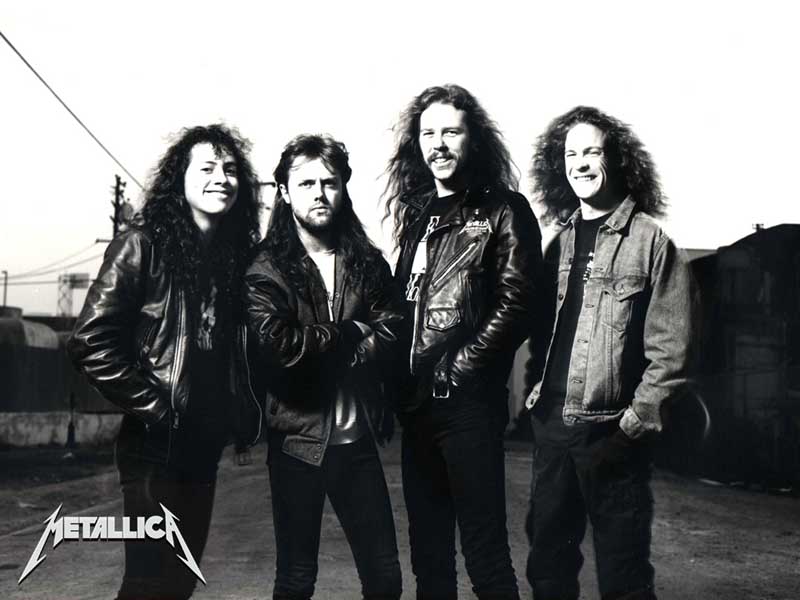 From here, Metallica just tore down walls. Their Black album was followed by some very controversial albums Load, Re-Load, Garage Inc., and the epic Symphony & Metallica (S&M). I know many of my thrashing friends were upset with these albums, as they felt it wasn’t as hard as the earlier work was, but I think it was just better produced, slightly less anger, and more experimenting.

Rumors were flying around about Hammett and his crazy wammy bar that he had custom made for Unforgiven (Black Album) and Unforgiven II (Re-Load) where they also had the awesome old lady singing on it in her spooky voice.

In 2001, Newsted left the band for reasons that seem rather quite obvious, given the huge Napster debacle and being told he couldn’t do any side projects, with probably the same reaction as most of the fans of this rocky time in Metallica history. Oh, and we’re not going to talk about Hetfield entering into rehab for half a year.

Enter Robert Trujillo in Feb of 2003, formerly of Suicidal Tendencies, Ozzy Osbourne, and Black Label Society. This monster helped the band on another huge turn for progress with the release of St. Anger, another highly acclaimed and highly criticized album. 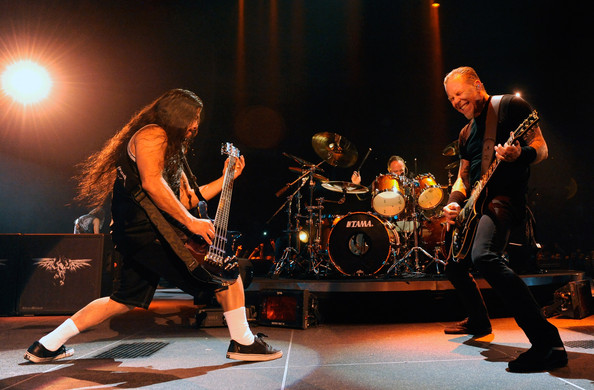 I felt that Trujillo brought into the band a no-nonsense, complete badass, angry element that they had been missing for a while. Though their style had changed as a result, it had still pushed them into a new area of excitement, very heavy bass tones, and more experimentation.

This was followed up with Death Magnetic, another ass kickingly awesome album full of intensity [and critical reviews] that blew the doors off of any house that tried to hold it back.

In 2011 the band released Lulu, a record they did with Lou Reed. Of all their albums, experimentations and explorations. This was easily their wildest album they’ve ever done. They stepped away from their typical heavy rhythm and guitars, and entered into an experimental album with vocals that tested most listeners patience. Off beats, off key, time changes, and epic poetry recitals..  Lou Reed is a sort of special man that has been allowed to get away with some of the wildest vocal talent in the books, because his lyrical abilities shine louder than anything else. That, and he fronted Velvet Underground who were the local band at Andy Warhol’s Factory.. 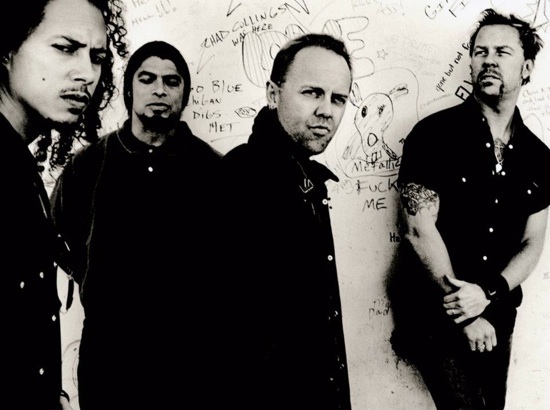 This takes us to 2012. Over 30 years after the beasts were unleashed.  There is no doubt that Metallica has persevered through devastation, critical reviews, and sloppy shows where we, as fans of Metallica, can only wait on their promised 2014 album to see what it will entail.

I have faith that it will be just as relevant as all their previous albums have been, and I for one am proud to call myself a Metallica fan. 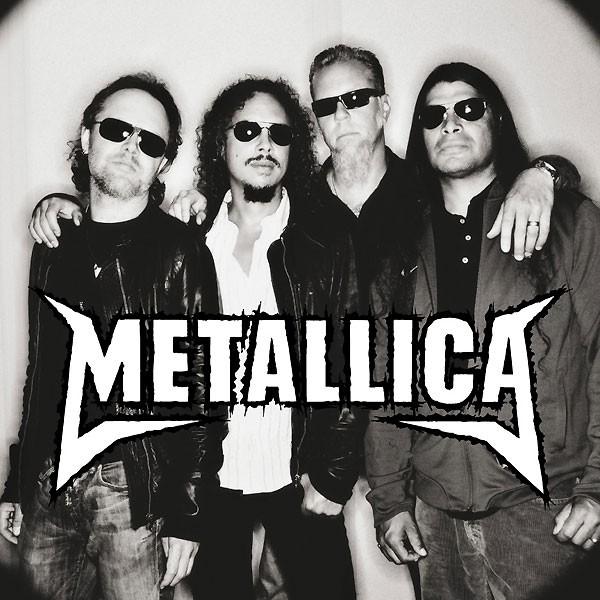 One Thought on “Yes, Metallica!”