Chronicles of Times is a website with the following directives:

A constant output of articles about these topics, driven highly by photographs, is how this is achieved. Because of the large and diverse output of articles, many of the photographs used are from third party sources. However, Chronicles of Times does send photographers to attend events it supports, and works with them to explore products showcased on the website.

The current output of articles varies from 2 to 4 articles per week with a typical reader poll of around 40 viewers a day on slower days, and as you can see in the image below, 1,219 on our busiest day.

The target audience of Chronicles of Times ranges from 15 to 35 years old, with a direct target of classier ladies and gentlemen looking to become worldly.

COT receives their traffic from mainly the western world, as you can see from this figure below which colour codes visitor activity over the past year. 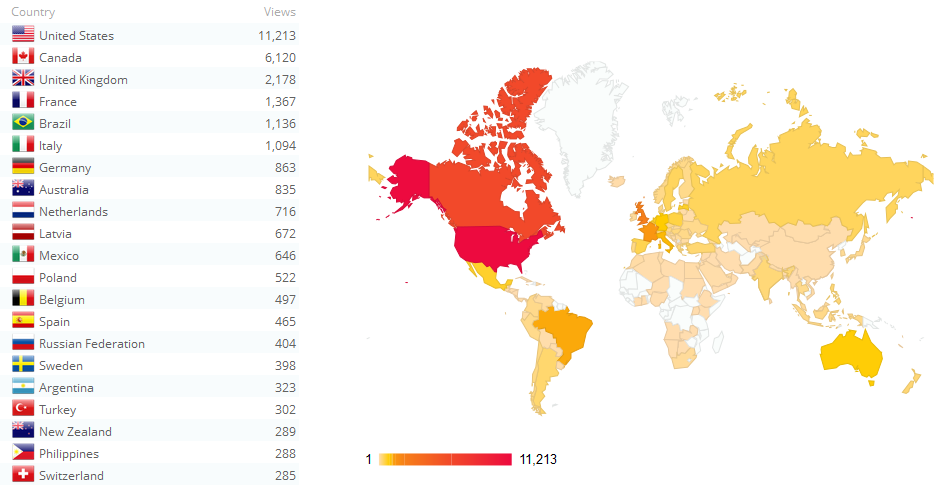 Chronicles of Times visitor activity from March 1, 2012 until March 1 2013 by country

Social Media engagement is handled through King Kabuz Media, who is found on twitter: 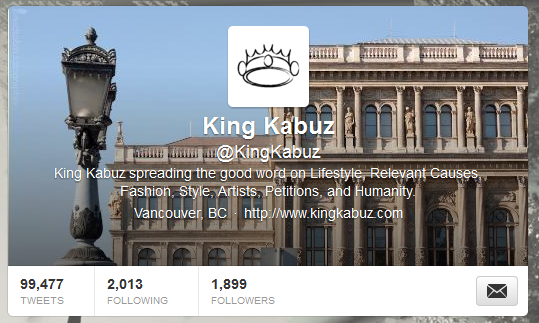 The following table outlines the rates for advertising on Chronicles of Times: 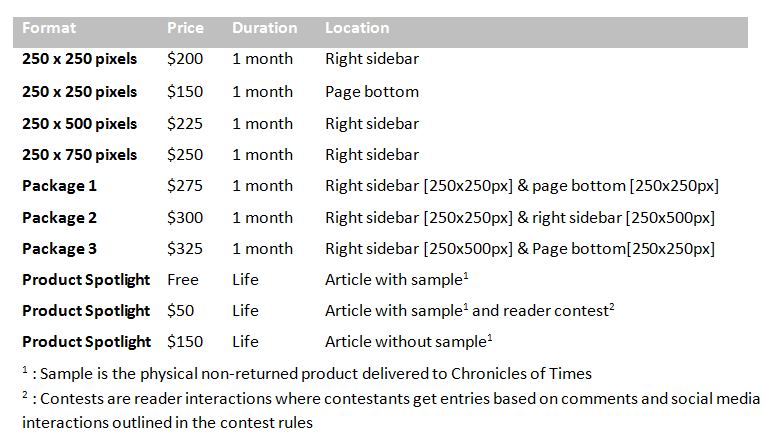 An example of a typical add can be seen live on the website, but the right sidebar 250x250px advertisement looks like: 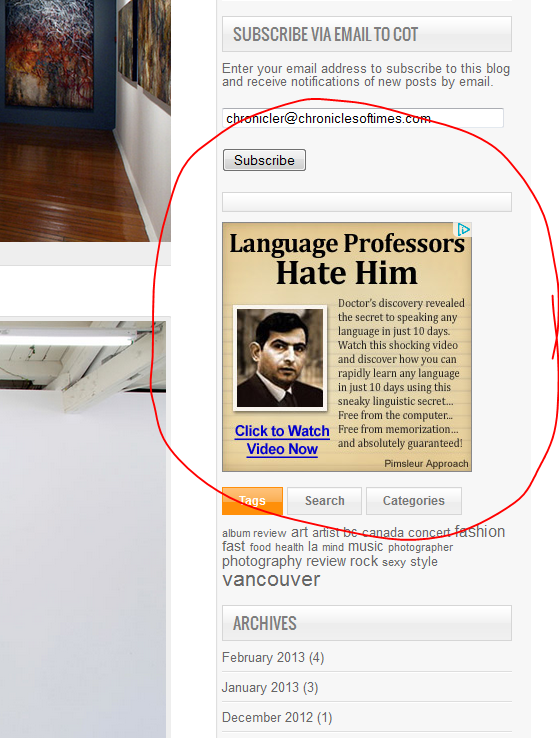 COT is always accepting paid advertisements, please contact chronicler@chroniclesoftimes.com if you are interested in advertising, so that we can discuss the upcoming advertisement schedule.