Maker Faire: Vancouver’s Do It Yourself Movement 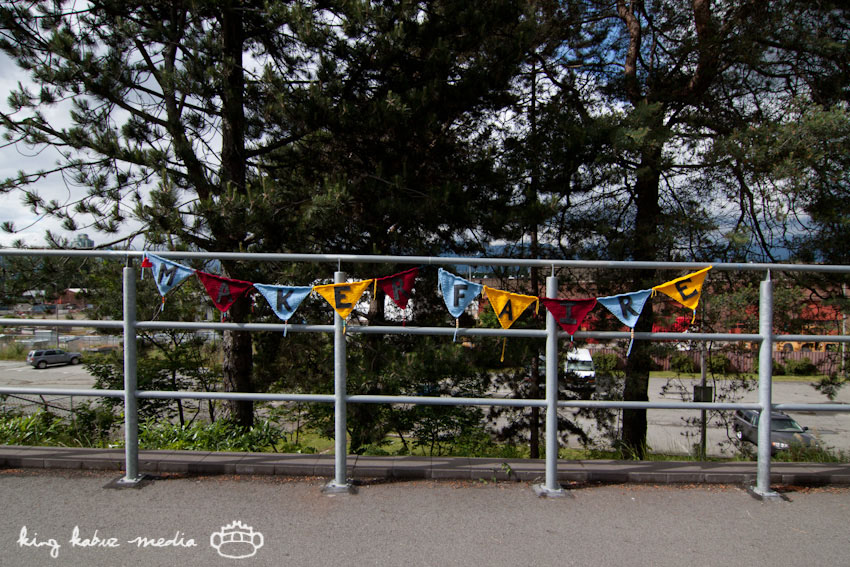 Vancouver hosted their own Maker Faire, what they called a Mini Maker Faire, on Great Northern way, just behind the Center for Digital Media, a brilliantly coloured building I must say.

The idea is that they gather people from around the city and give them an opportunity to showcase their maker-ness. 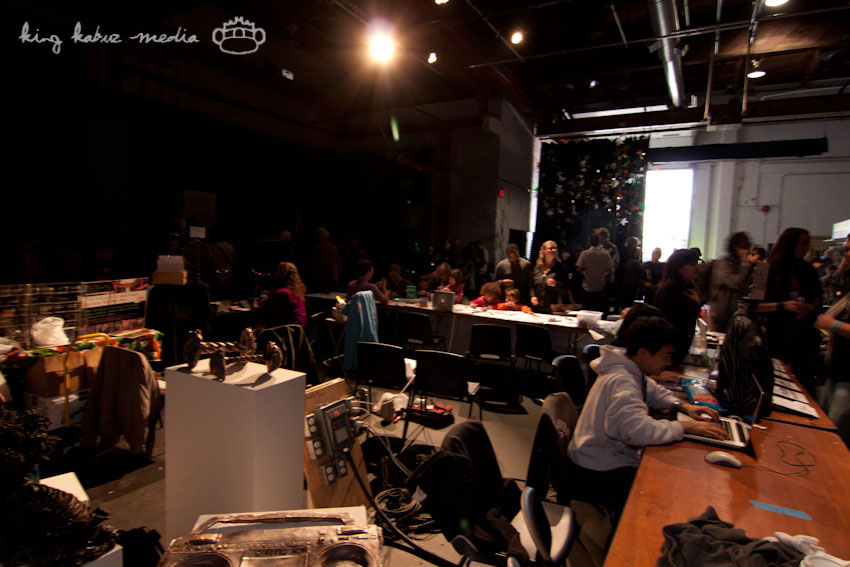 So, naturally, this would attract a very random array of exhibitors and guests from all spheres of the world. 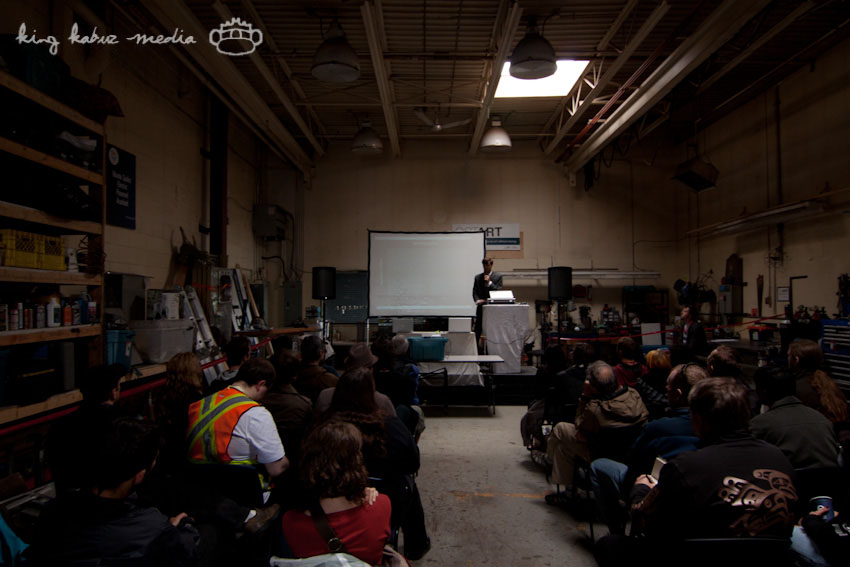 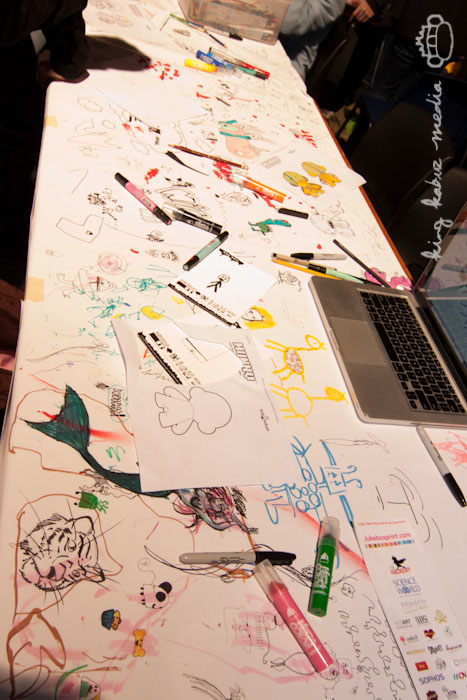 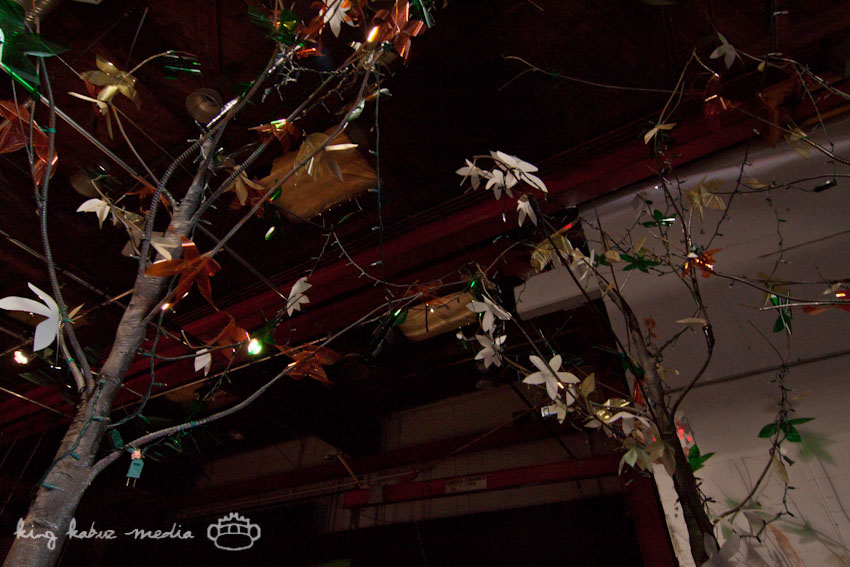 Inside, under cover were many of the craftier exhibits. Ranging from desks to paint on, crafty trees, home made robot ‘things’, random light pattern generators, space geeks (be proud), computer nerds, and sound engineers. 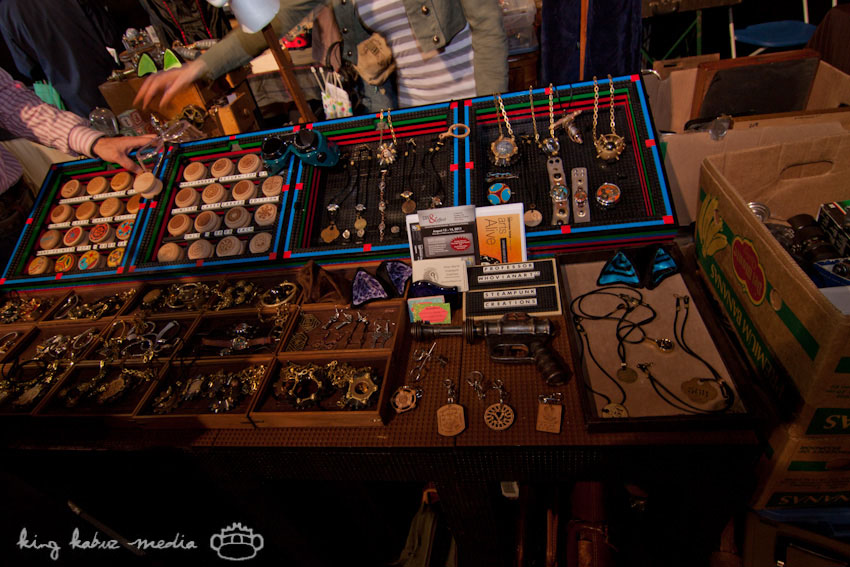 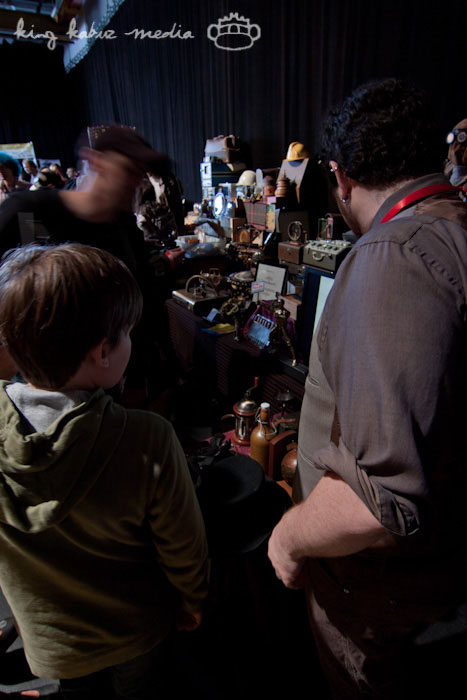 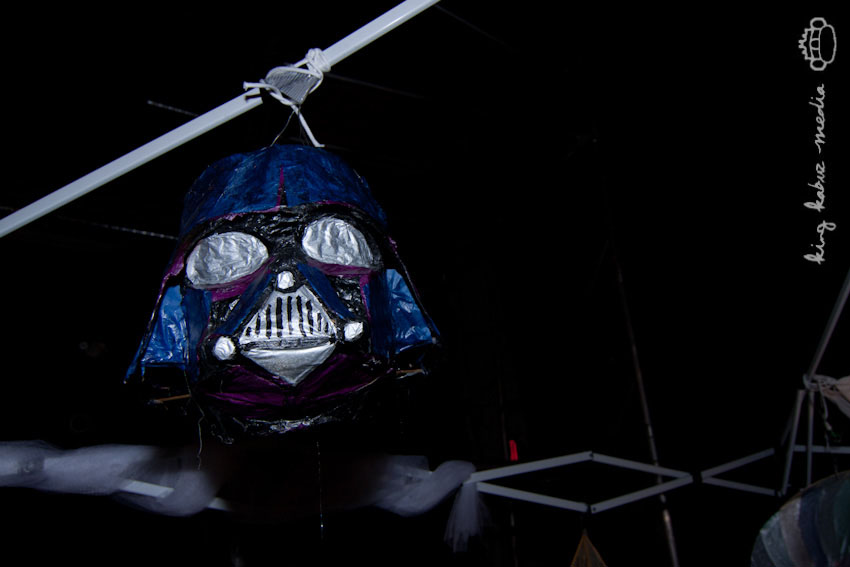 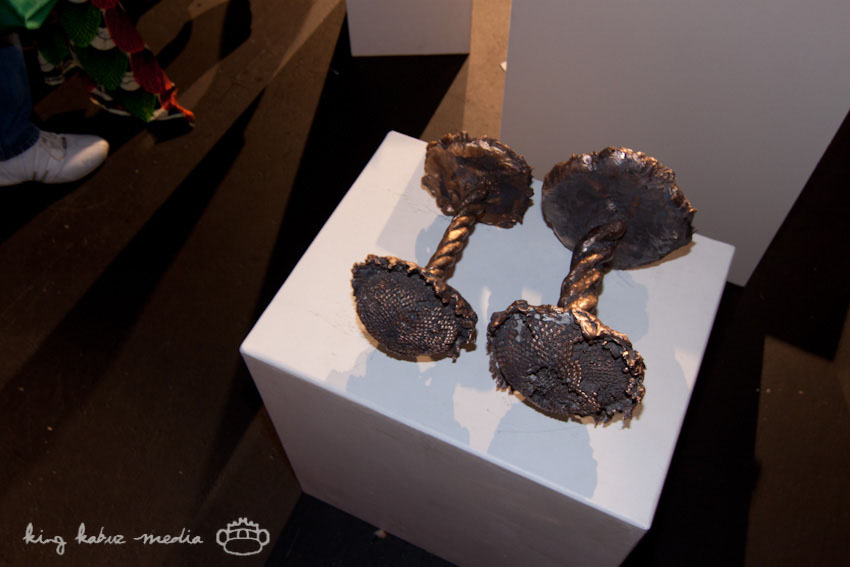 As I  ventured further outwards, towards outside I found much more industrial, heavy art and artistic expositions. One of my favorite was the Metro Diverse Services piece, where they had a human powered, what they’ve named, Panterragaffe. 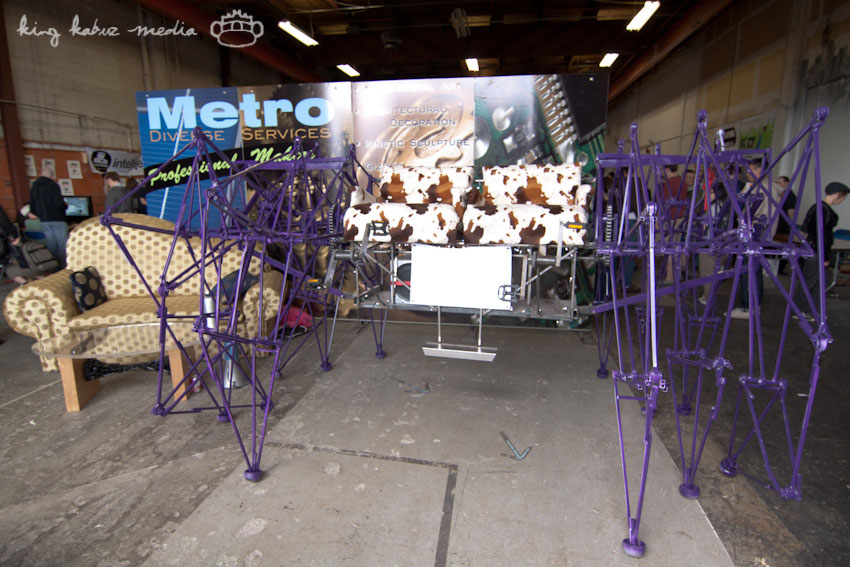 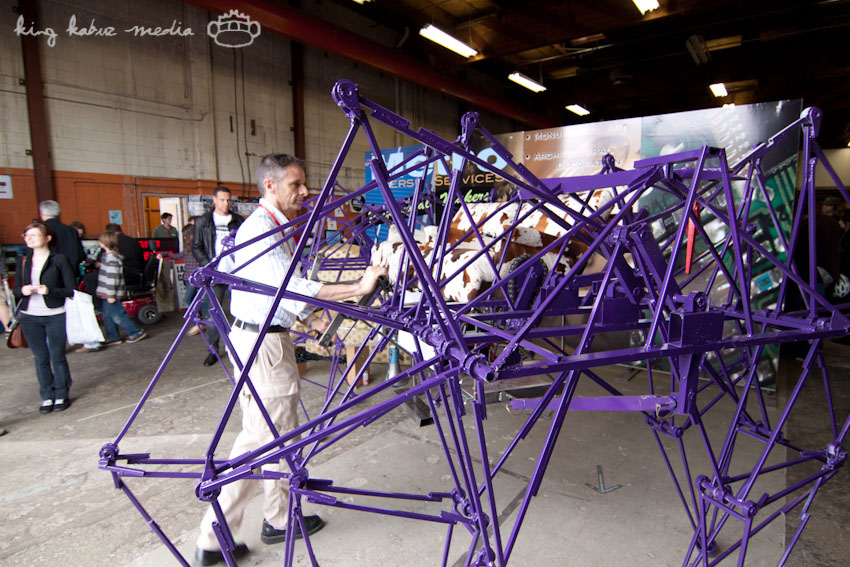 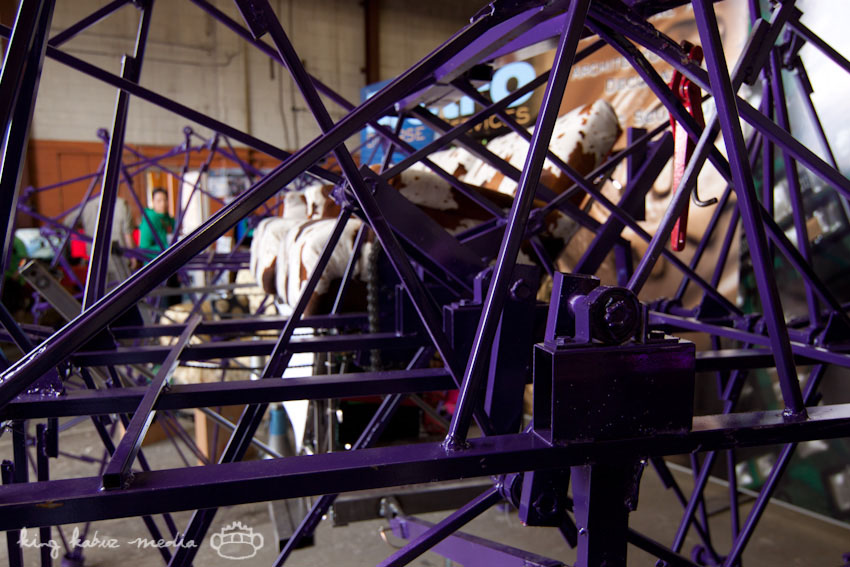 I had a discussion with Paul Lock, the creator of the Panterragaffe, where he explained to me the reason why he made this was simply to see a smile on people face, I was smiling. 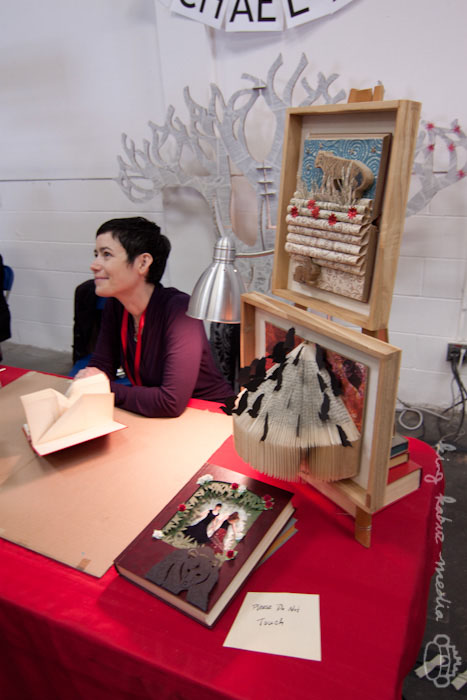 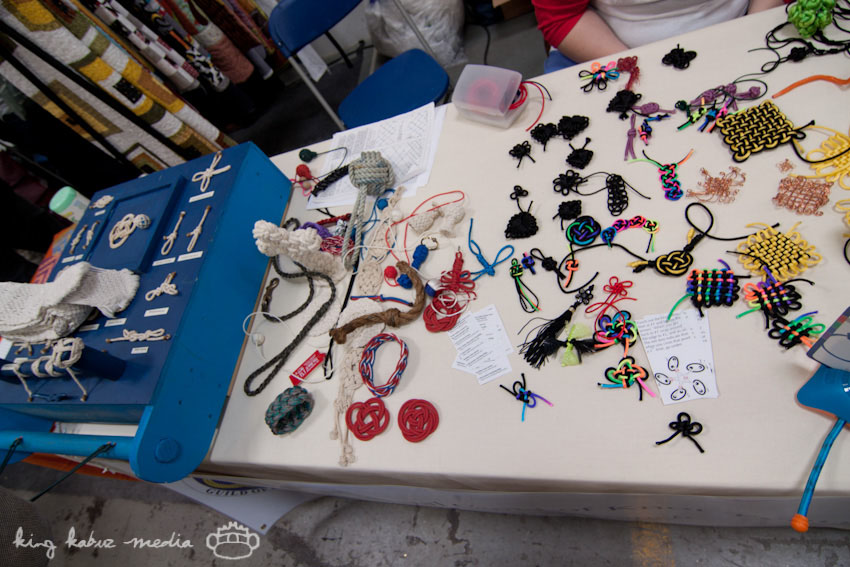 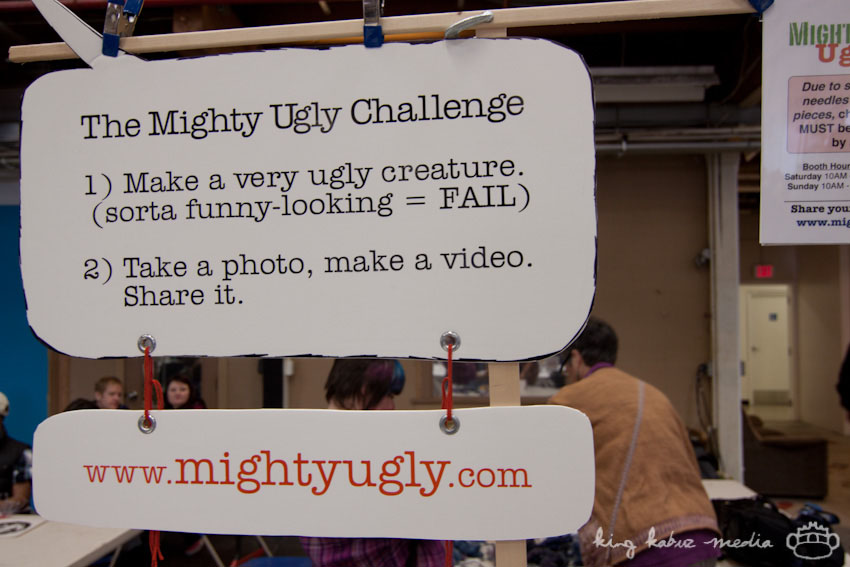 There were some really cool exhibits about sound and electronics, that really interested me. Multiple effects on boards to tweak midi keyboards, light switching displays based on musical input, multi-patched effect racks. It could get dizzy for the nergically impaired civilians among us. 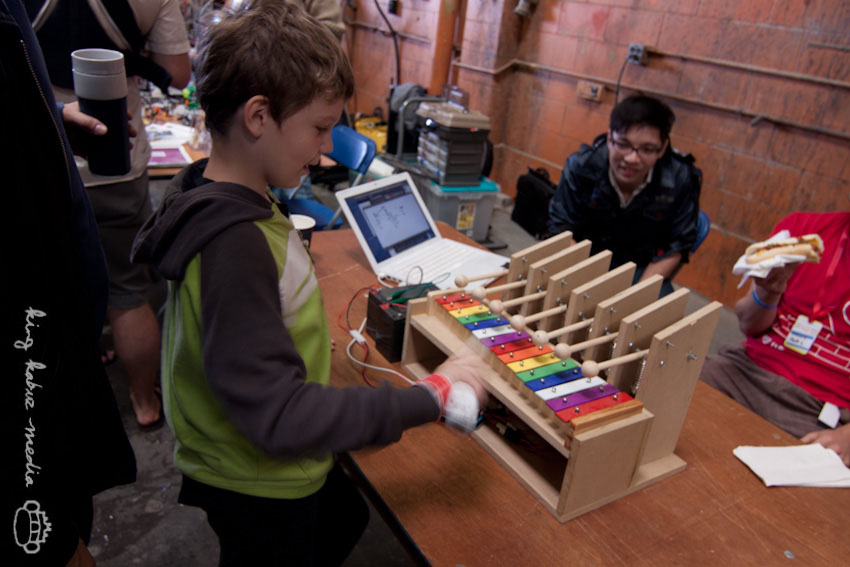 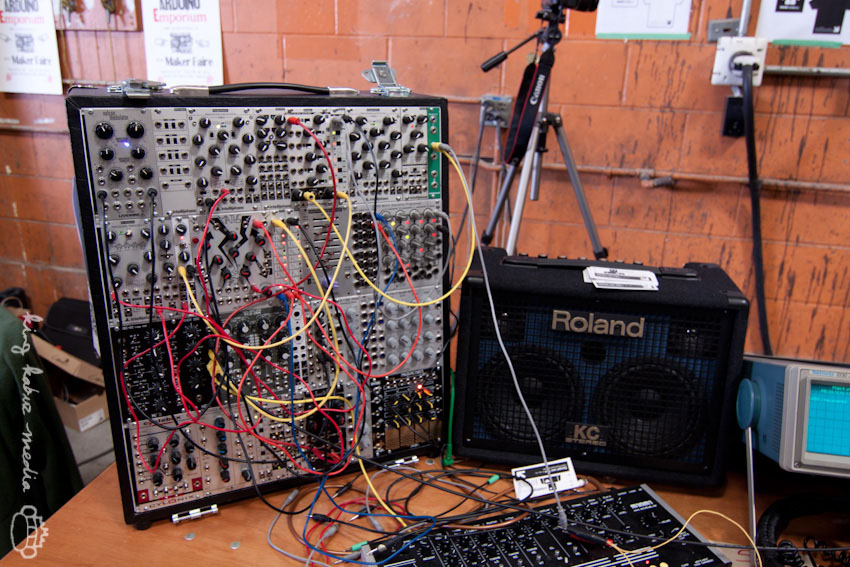 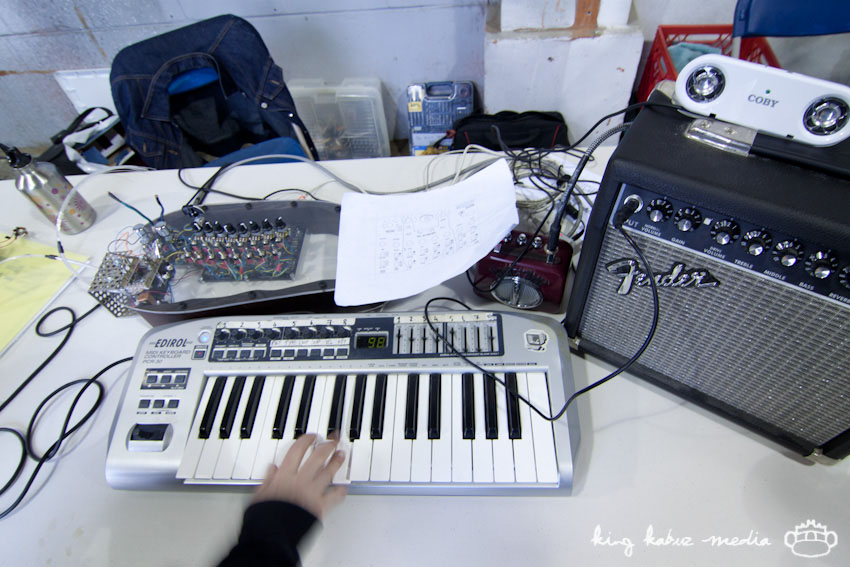 I was amazed when I came across a kid who started explaining to me how communication protocols work, with an initial handshake bit, then the data, then closing bits with another handshaking in there. This kid couldn’t have been older than 15. I knew hockey sticks and pucks when I was 15, not communication protocols. 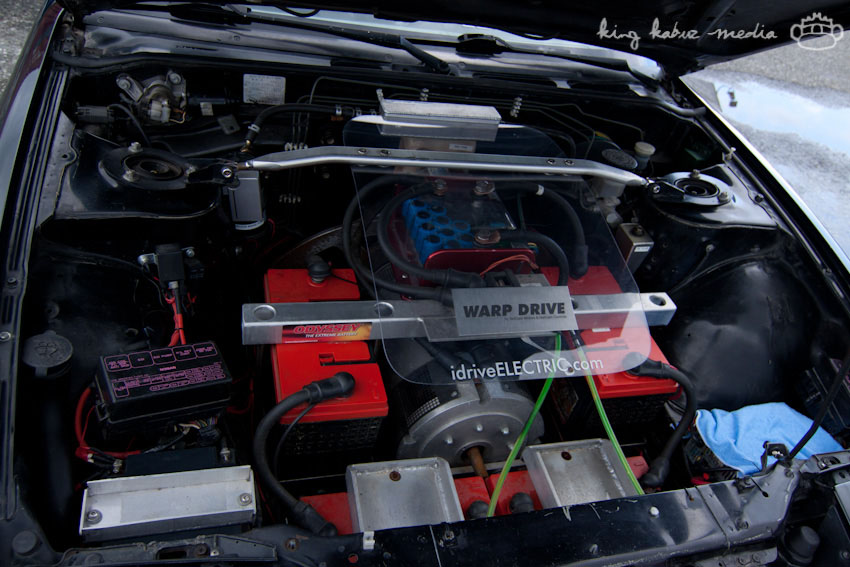 I spent a while talking with the guy who designed this electric car. He told me it could run for 50kms on one charge, and that it takes ~8hrs to charge it back up again. This is easily well within his uses of the car, so he has no problems. At night he just charges it up.

The motor he said cost ~$3000, I’m curious the cost of the batteries? He used the stock transmission, with I believe a custom coupling.

It was pretty awesome to look at it, a dream of mine is that the world gets converted to ANYTHING but gas/coal. 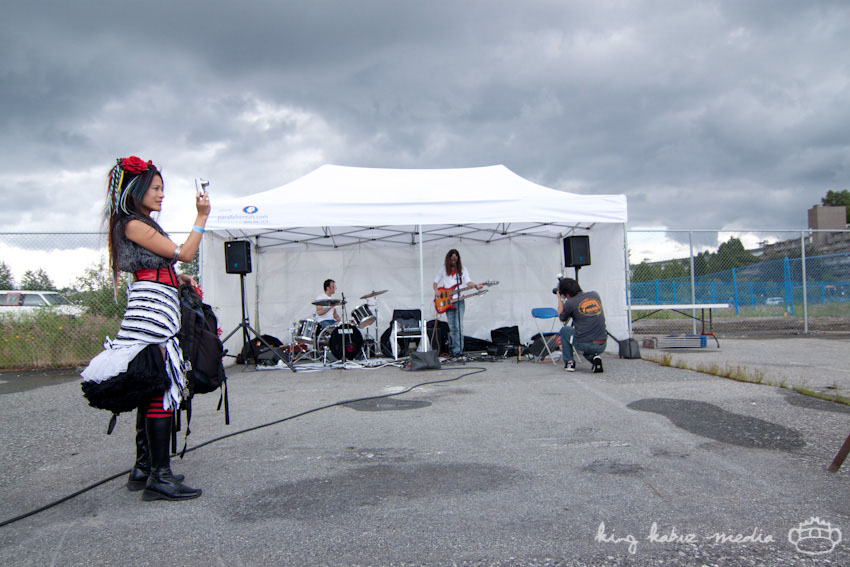 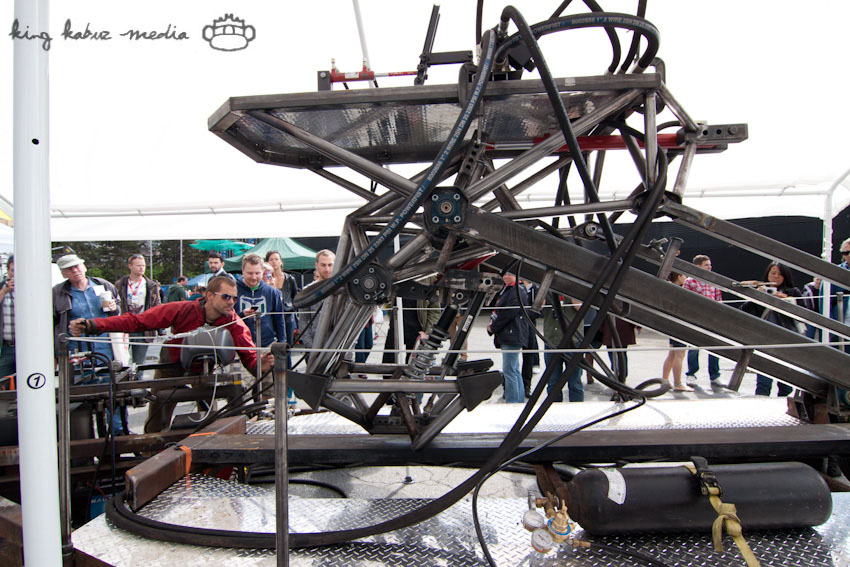 Yes, the folks from eatART were there with their Mondo Spider project, as well as various other creations that make you wonder why but then understand the better question is how. 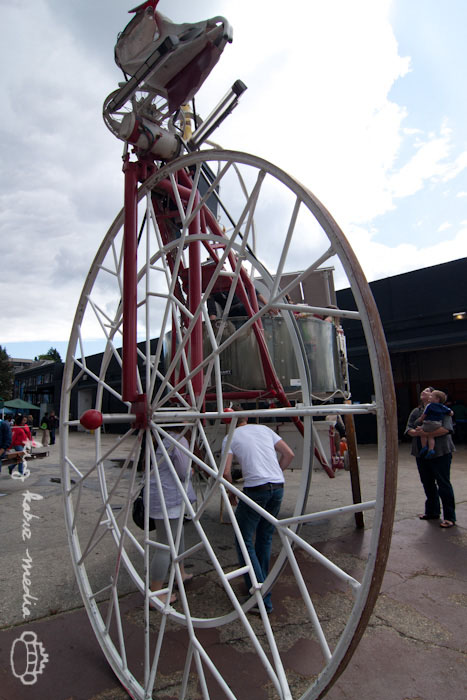 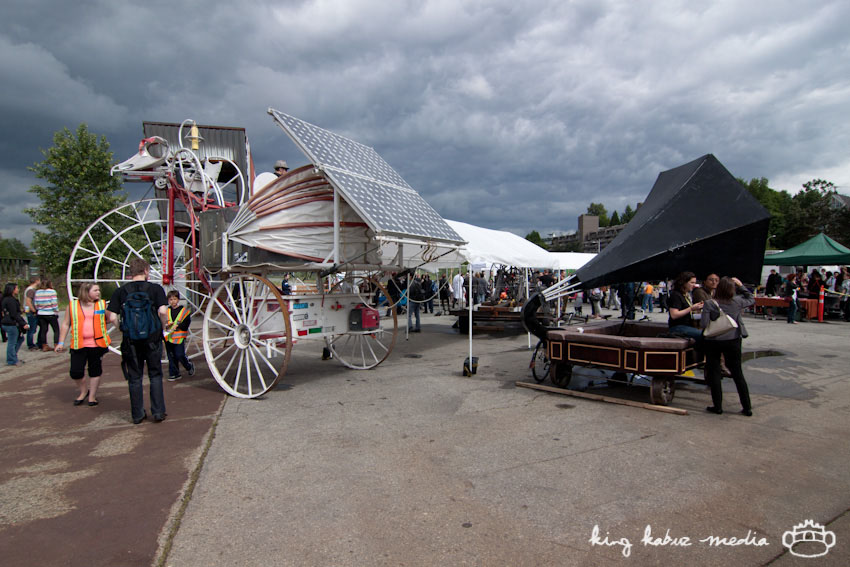 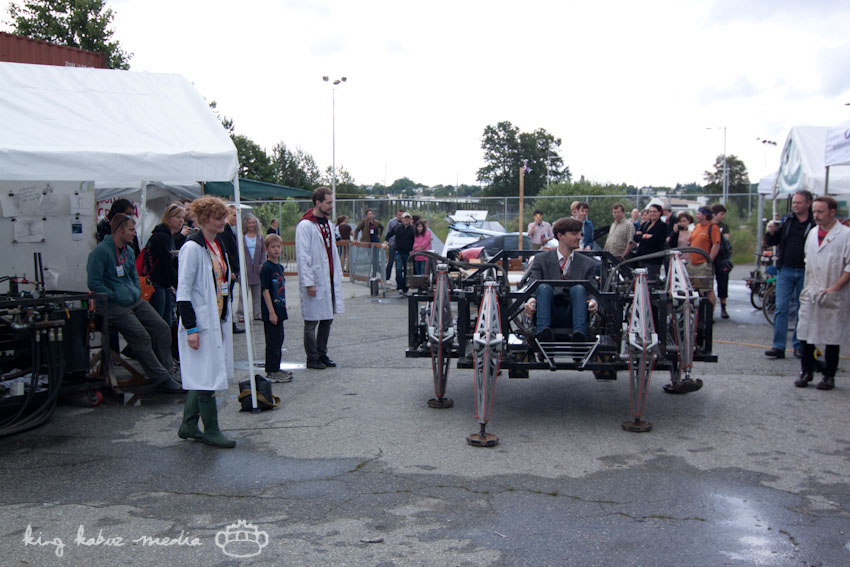 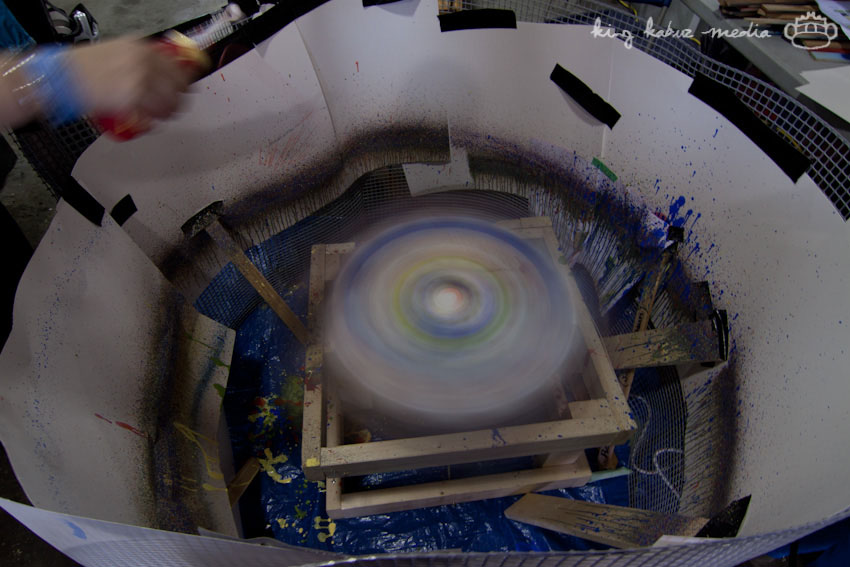 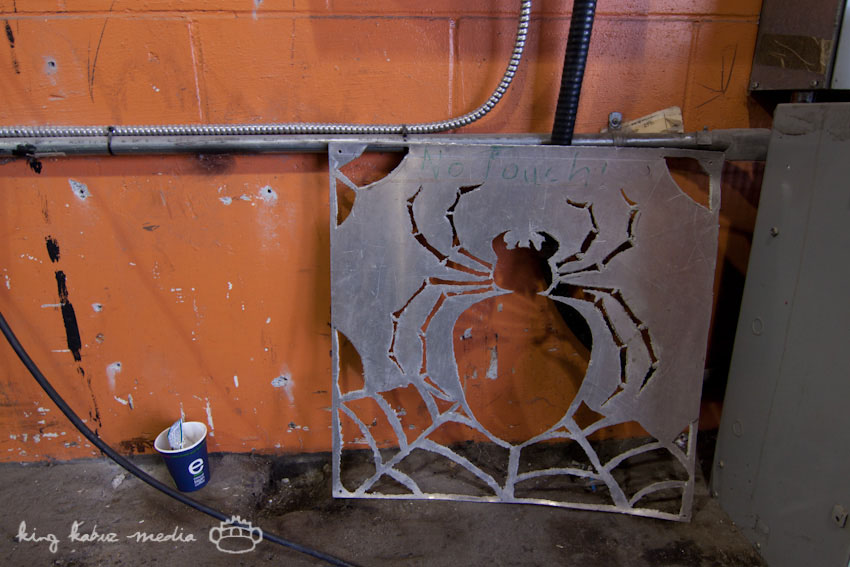 Glass blowing has always been extremely fascinating to me. I did not attempt to make some glass products, but I did watch them as they did their work for a while, I think they were making these balls. 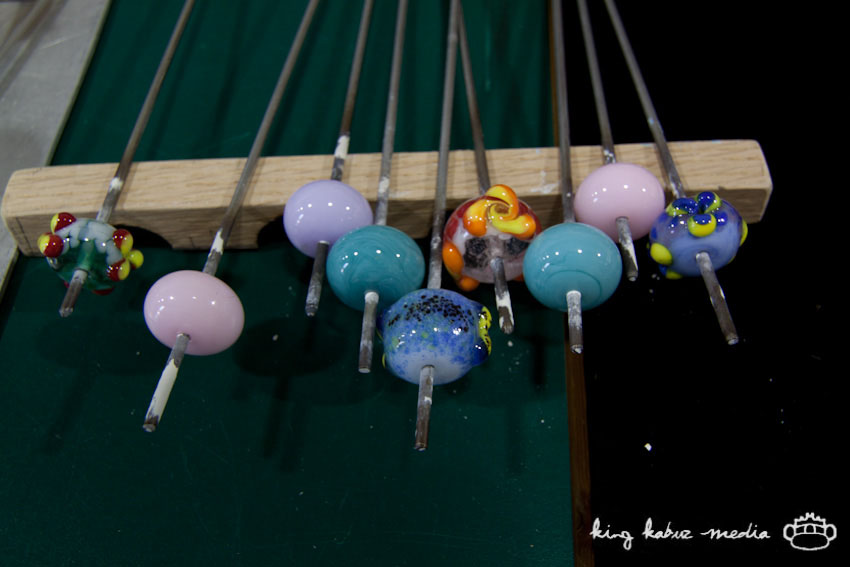 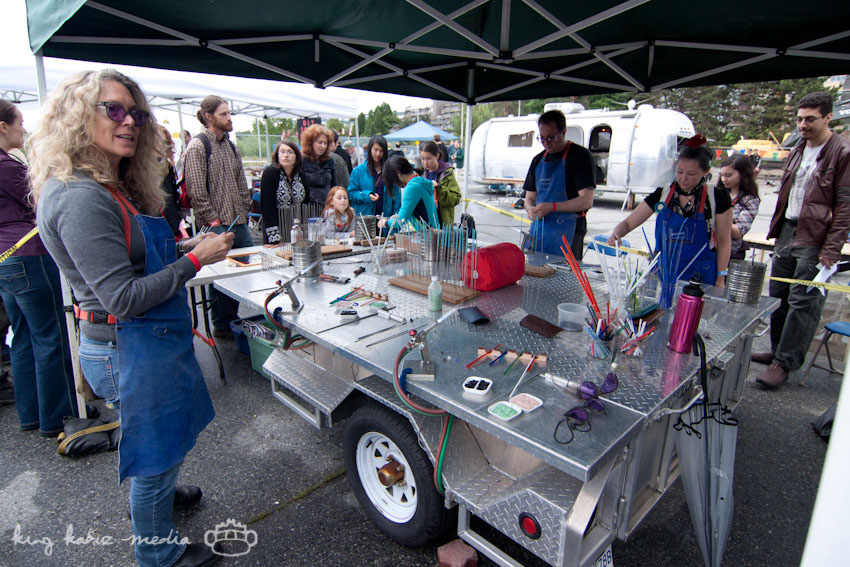 All in all, very wild to see everything Maker Faire offered. I couldn’t sleep that night because my mind was whirling about what it is that I have to do with myself as a creator. I think that, if anything, the main message Maker Faire was trying to promote is: you can do it.

Can’t wait until the next one! 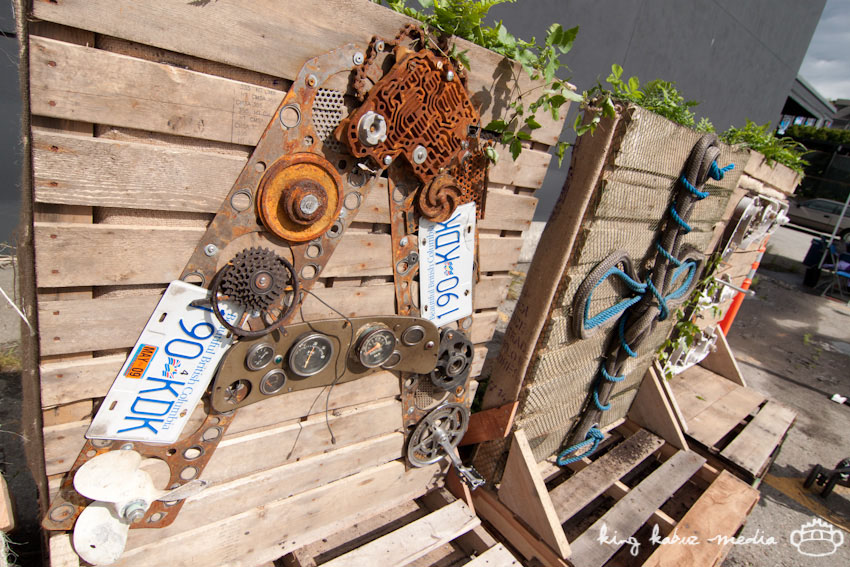 Posted in: Local, News \ Tagged: do it yourself, maker faire, vancouver