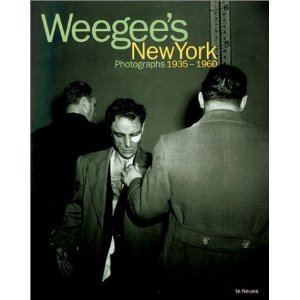 is a collection of photographs from 1935-1960 that should not be casually browsed on a Sunday afternoon. It is a serious and raw outlook on a city from the after dark like scenes and core fundamentalist photojournalism that one would expect from a tabloid and press photographer. 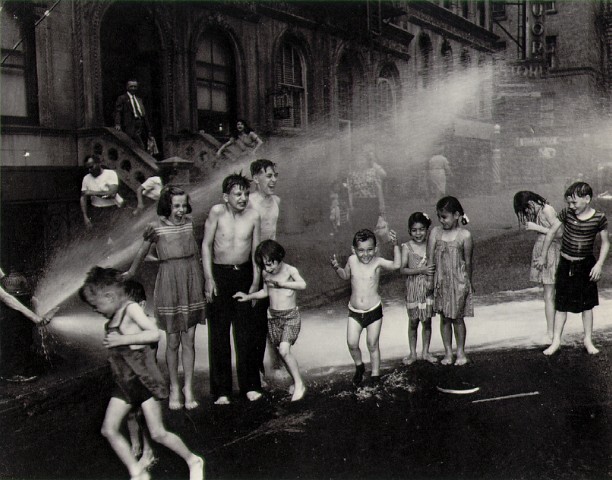 Weegee, born as Arthur Fellig, commonly referred to himself as The Famous, or Weegee The Famous was a photojournalist who lived from 1899 to 1968, and regarded as one of the most iconic photojournalists there have ever been, with his often times blown out black and white street style photography of gory murder scenes or other ironic crime or society scenes. Shown below is Weegee (right) with Stanley Kubrick. 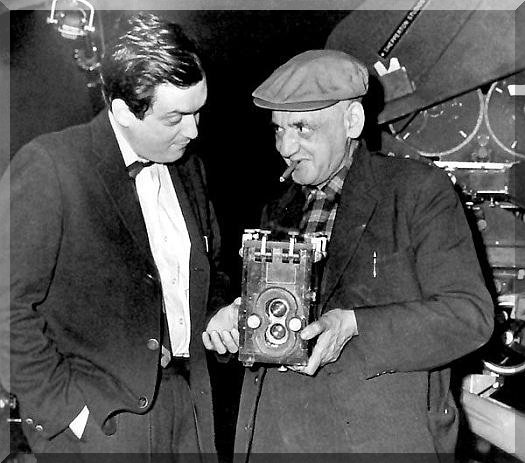 The scenes depicted by the photographer are raw. The photographs are all in black and white, often times Weegee switched to infrared light in order to capture night scenes without being detected (ie. so he didn’t have to use flash). 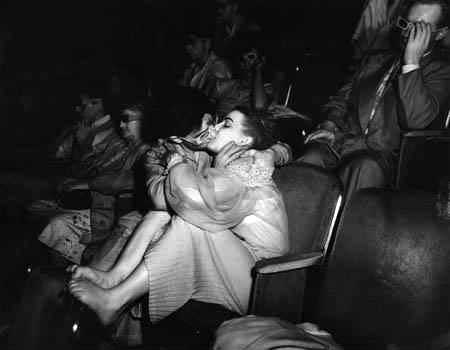 The preface to the book, written by John Coplans, describes the witty Weegee as a man who liked to photograph ironic images, different images, images that highlighted the strict break from the norm in a way that explored the rabid desires of humans. The cover photograph, for example, is the photograph of the New York Cop Killer, beaten, and just fingerprinted, being held by two equally gruesome Cops, towering over the killer. 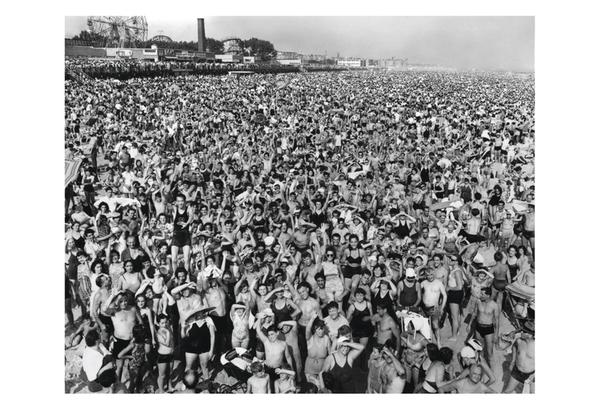 Coplans also identified how Weegee would use infrared film so that it could almost highlight imperfection in the seemingly perfect. It would illuminate capped or fake teeth in the smiling, it would expose soiled clothing on the smart. It was quite a raw medium to use. 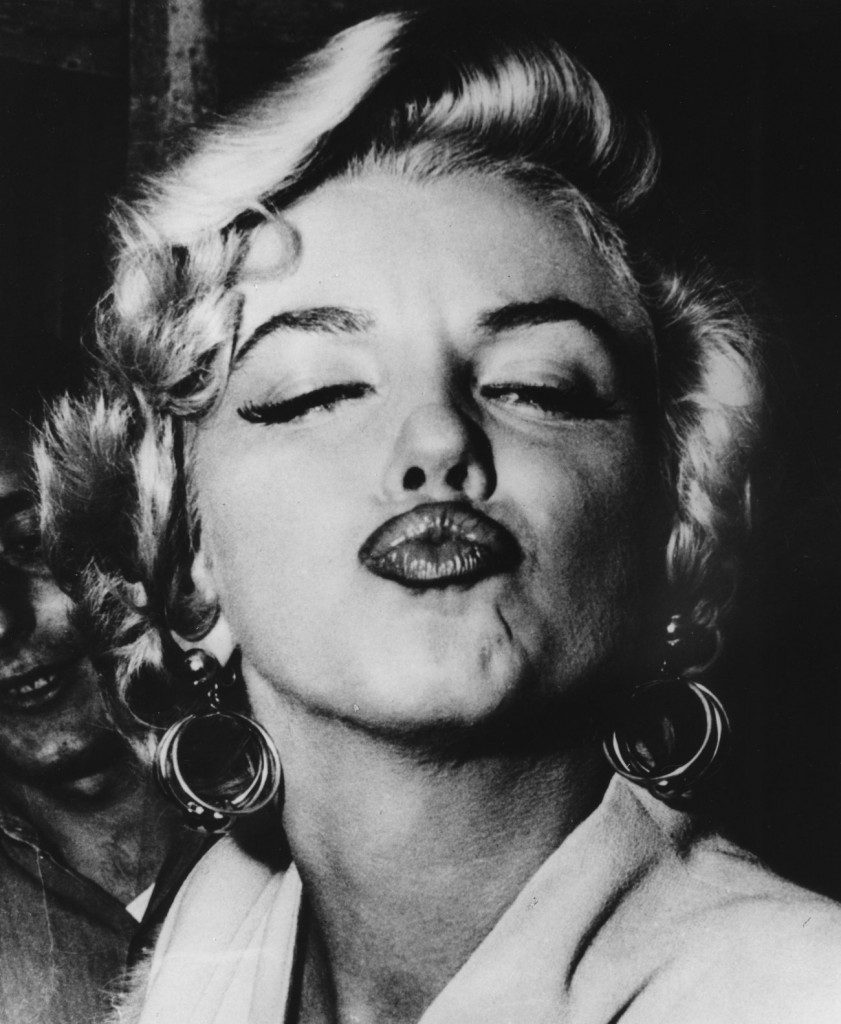 The “society” section of the book, where it shows some of New Yorks society, is an interesting section. Especially the Jazz masters he’s captured, Marilyn Monroe shown above and Louis Armstrong included. It may or may not be ironic that the only photographs of Weegee in the book come in this section, where he is seen posing with some notables, and his own self portrait on the last pages.

The section on crimes is extremely raw.  Many dead people, with smoking pistols beside them, or blood oozing from the corpse. But still, so very important to the future of the industry. Without cavaliering efforts like this, the world of photojournalism would never have reached the point it’s at today.

Another interesting point that the preface mentioned was that Weegee was the first photojournalist to ever have a cop radio installed in his car, approved by the Police, for his abilities. It is said that often times Weegee would beat even the police to the scene of a crime. 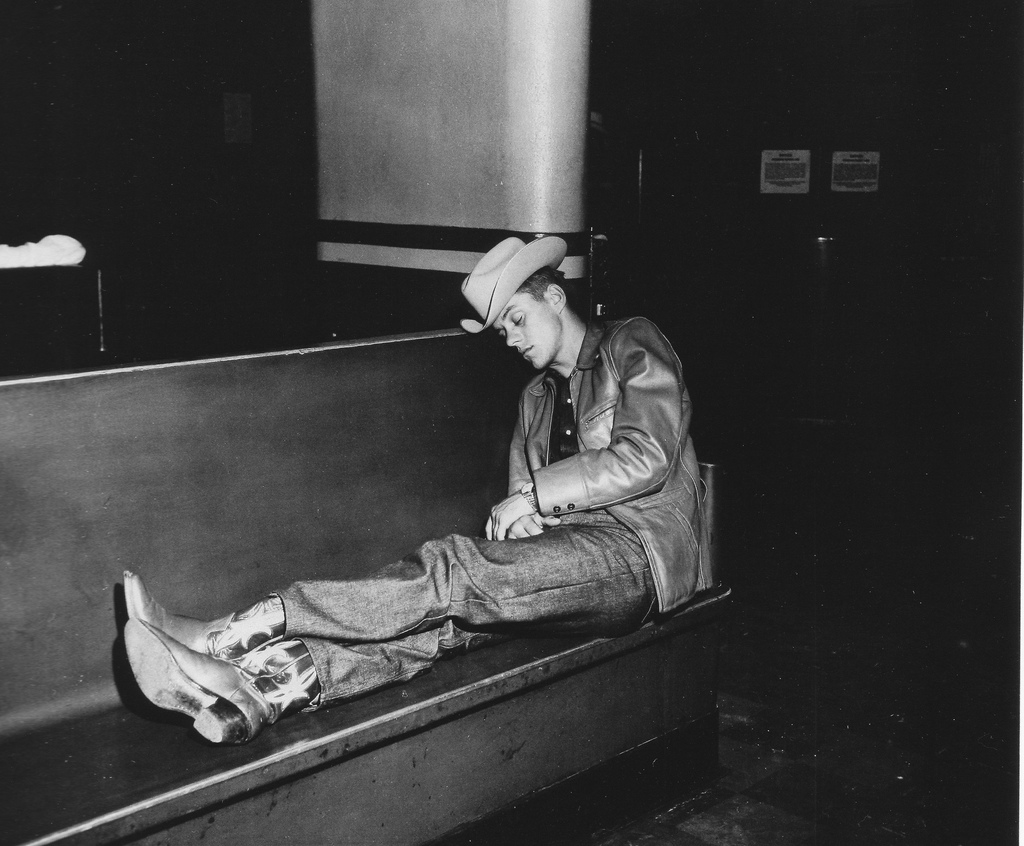 is a thick volume, but it’s worth the sit down to browse through it if you’re looking for motivation on how to become more raw, and express more with the photograph; you may want to just have a look at what the underworld of New York was like in the 30’s, 40’s, and 50’s.