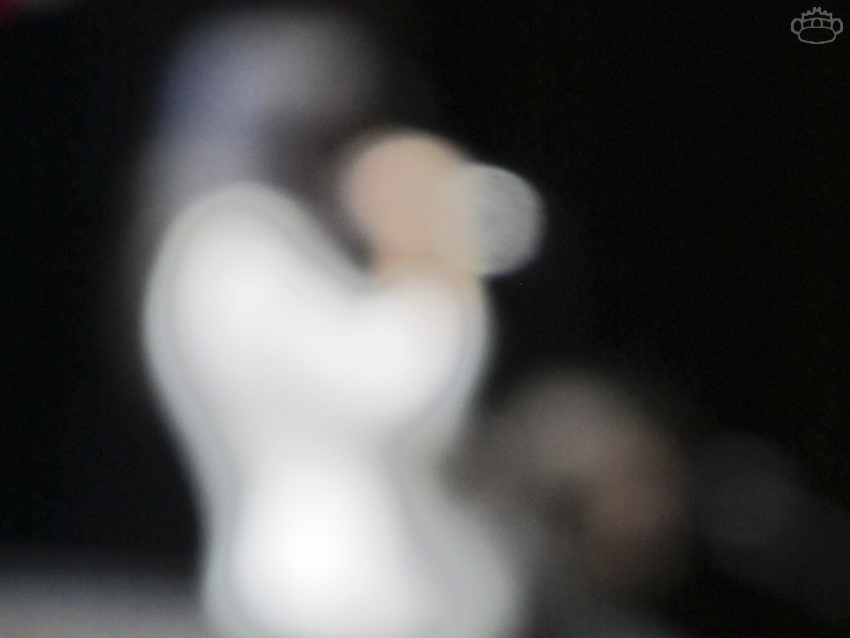 As expected, Pecha Kucha Night Vancouver #20 was great. Vancouver’s edition of Pecha Kucha, which began in Japan by the people shown below. To clear up any confusion I will quote their “What is It” section of their page:

PechaKucha Night was devised in Tokyo in February 2003 as an event for young designers to meet, network, and show their work in public. 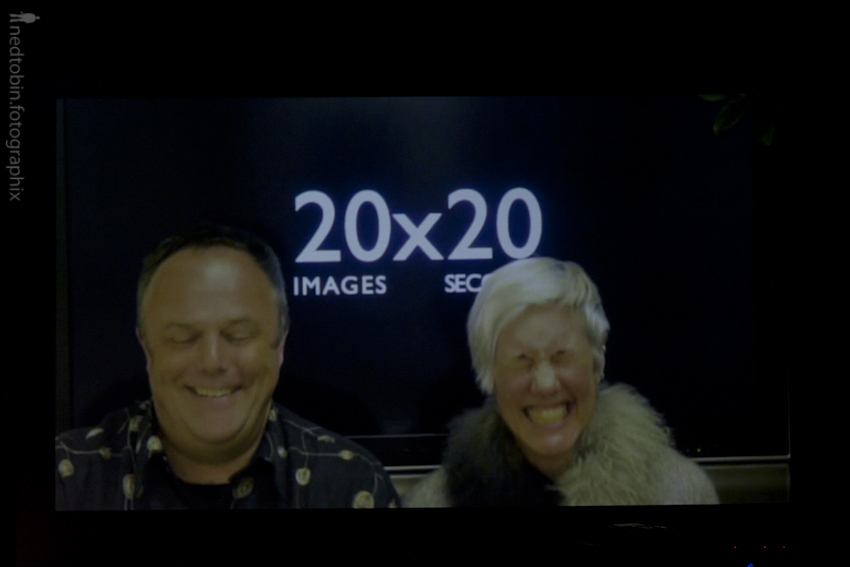 Since the inception, it’s kind of melded into a more locally specific direction, of which Vancouver seems to be centered on local political problems, and local designers and artist doing some pretty amazing things here and internationally. PKN Vancouver is still held at Vogue Theatre, still sold out. 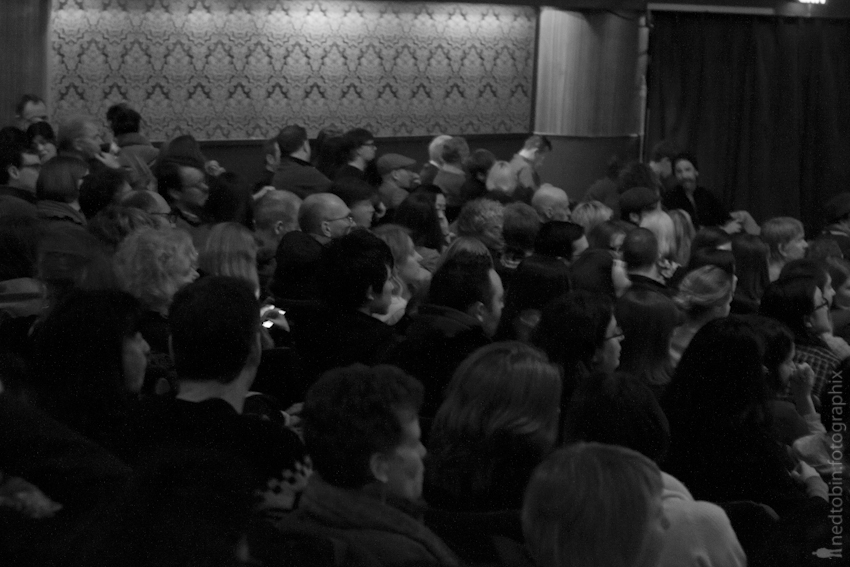 Evy Jane was the opening act, who played some amazing music. That is one of the nicest things when going to an event: live music. 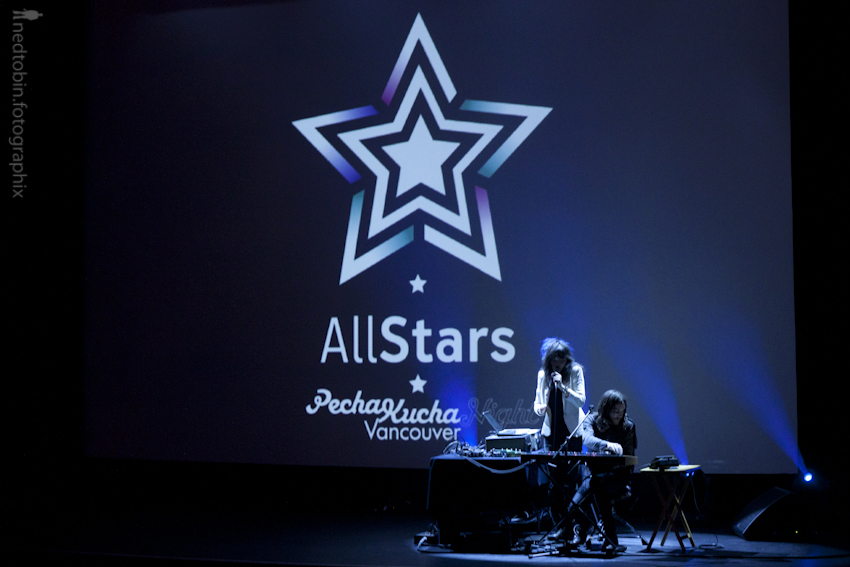 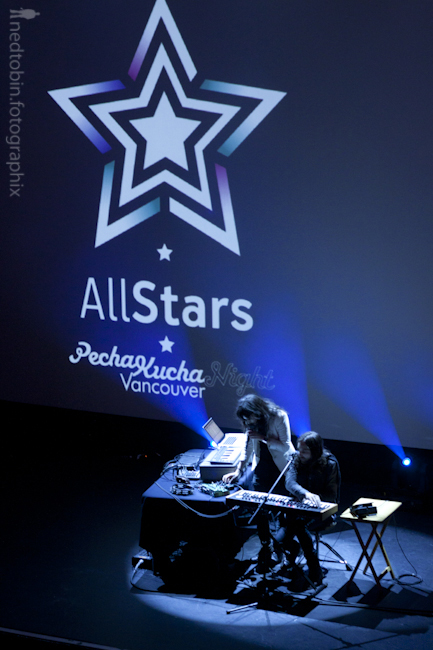 Steven Cox from Cause and Affect did more than usual this time with a talk of his own, that he kind of fused in amongst the presenters. He talked about some of the “trends” in Vancouver, most of which were pretty funny. 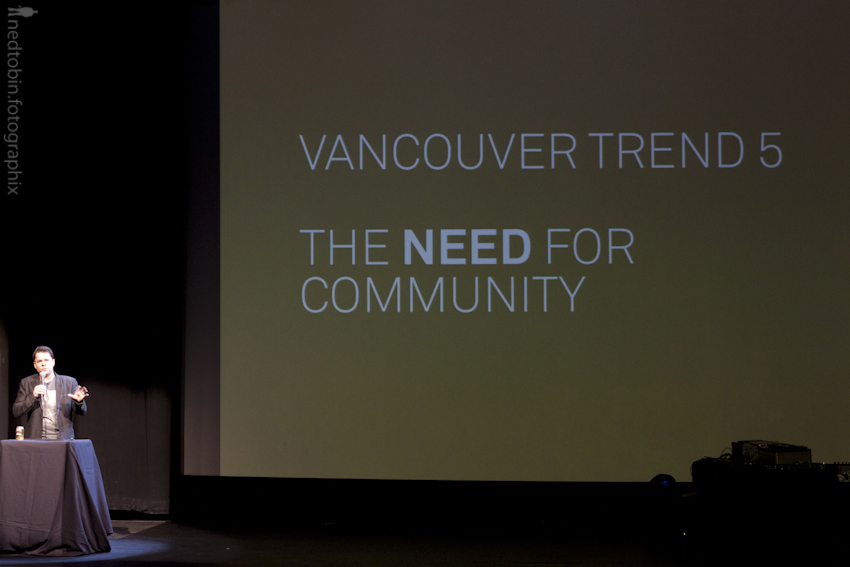 David Ebby did nearly his whole talk on the women who went missing out of the downtown Vancouver Eastside. Necessary, but very gloomy. Somebody has to do it though, and I applaud what David did. 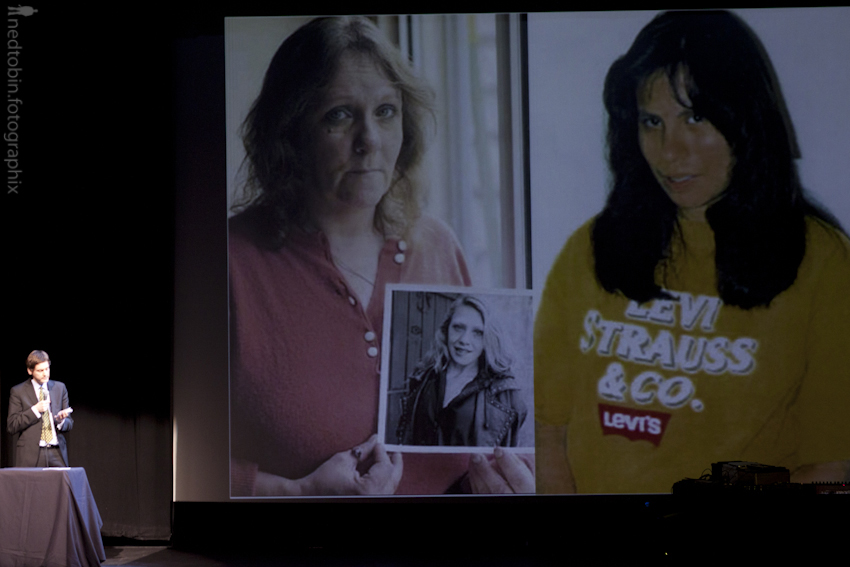 Diane Roberts  did a very poetic talk, which I enjoyed wandering through with her. It was very strong and powerful. 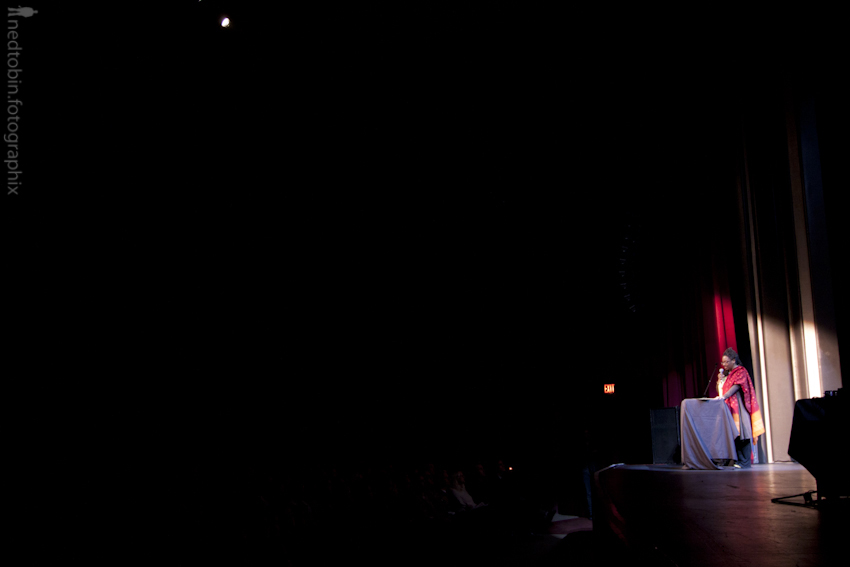 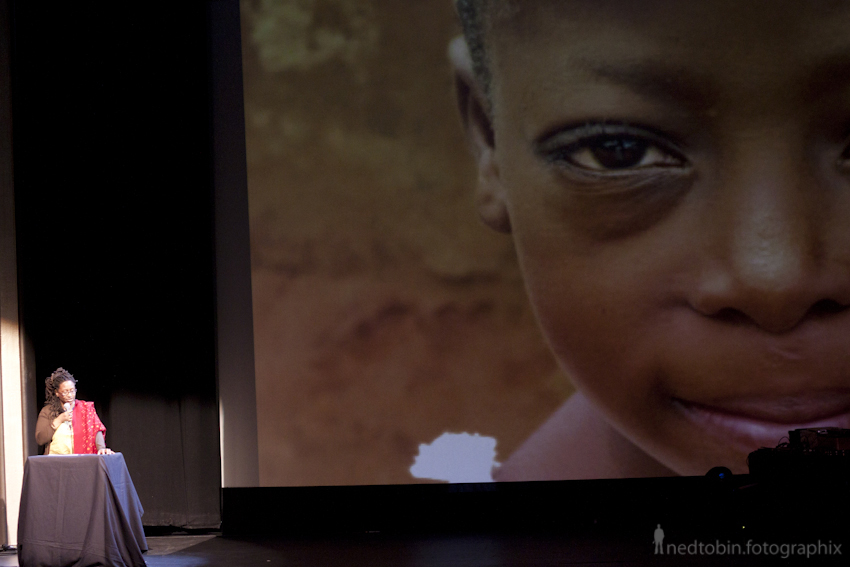 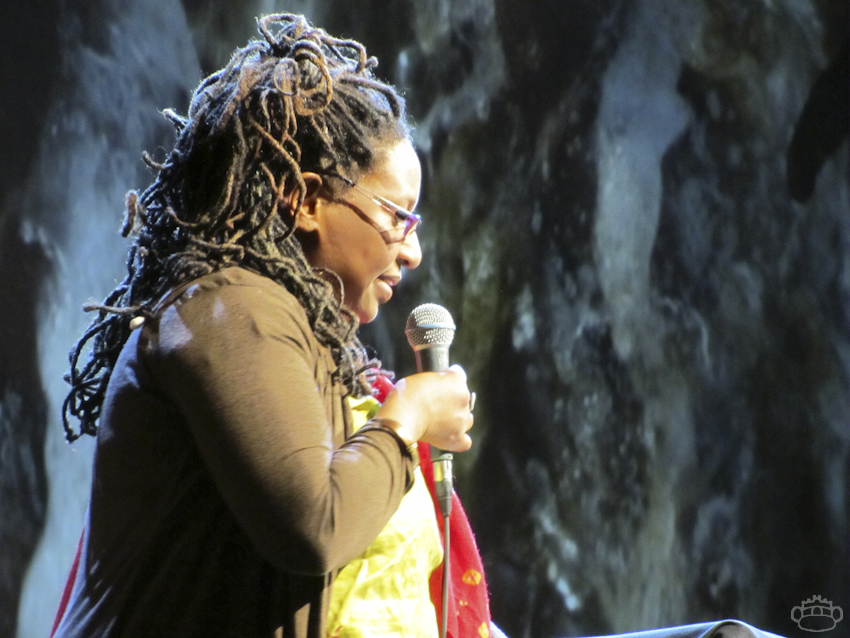 Chef Todd spoke to us about how he started 12b, a very intimate place of an undisclosed location. Guess one of those things you need to be in the know about. He likes to smoke. 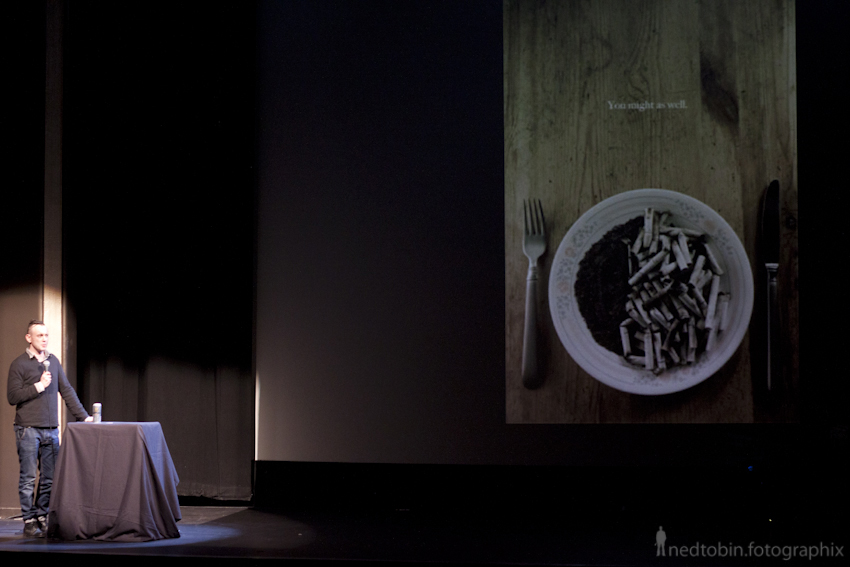 I really appreciated what Mariam Banjtes did, or talked about what she had done. She took old postcards that had special meaning to them, and recycled them, overlaying her own artwork on top of it, and sent them home to all her friends when she was out on her journey. I thought that was very cool because of the graffiti nature it presents, in a very specialized medium. 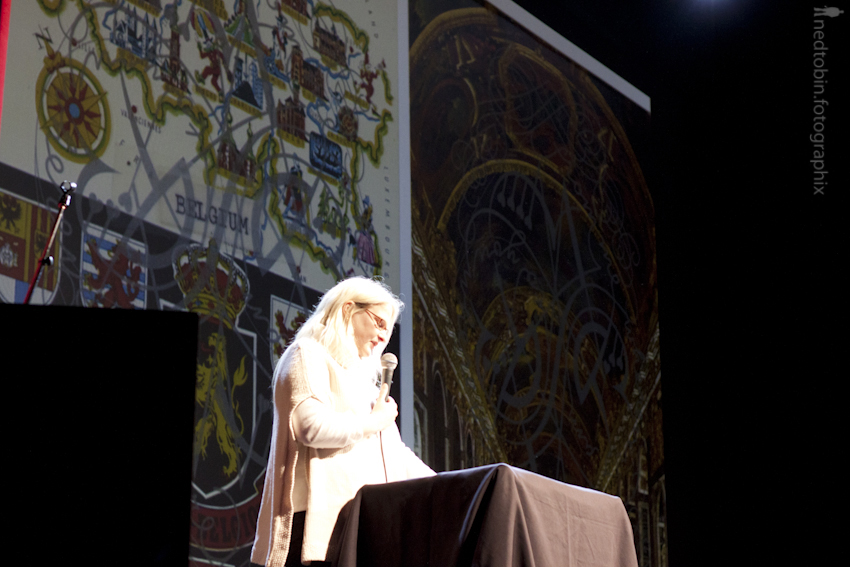 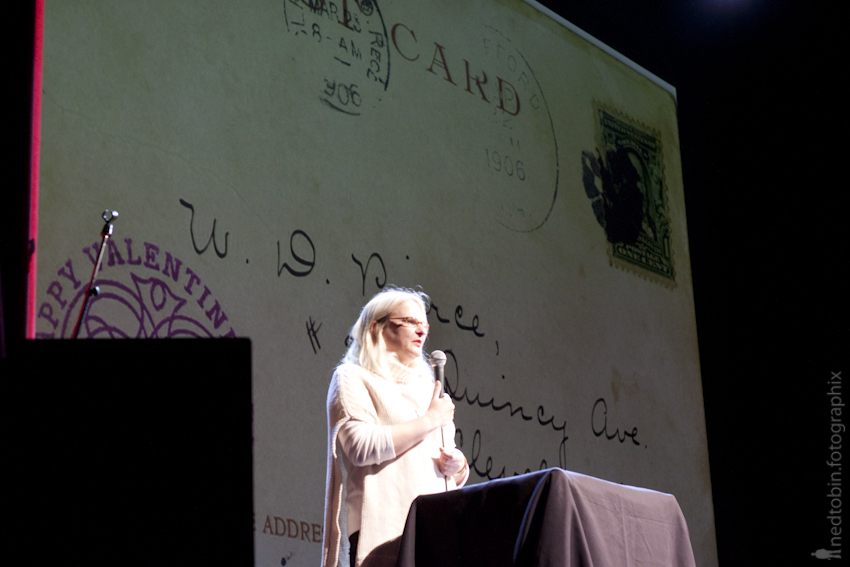 It was fun seeing the old print on the envelopes. You know, there was once a time when people would use pens that they had to dip into ink and physically write out the letters on paper. Tragic time, I know. 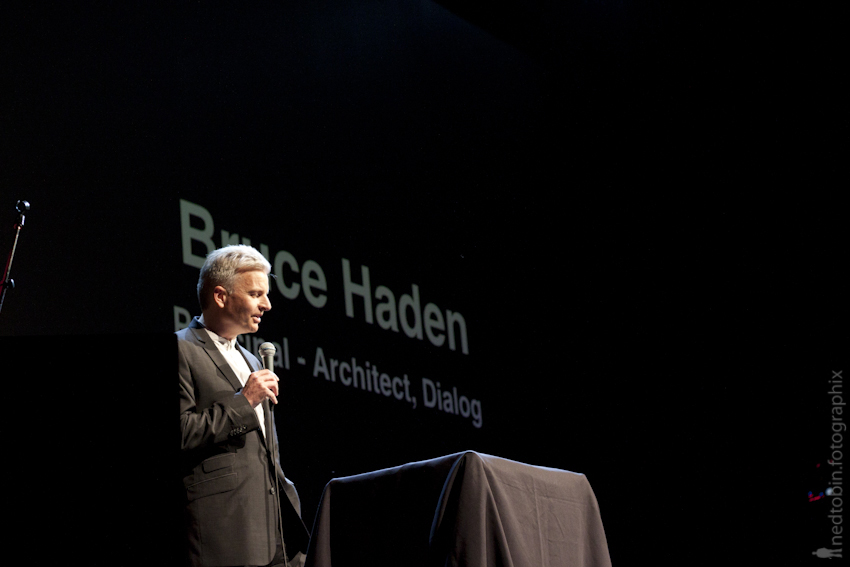 Bruce Haden, an architect, told a very tragic personal story of his brother who died in a meth lab, as the chemist. His story was not that he is proud of that lab, or disappointed with his brother, but that he was shocked and appalled by this city’s, and the provincial and federal government’s lack of foresight with regards to the criminal drug laws that are upheld in Vancouver. His argument was that with such laws, fabrication of the illegal drugs is then thrust into the underground where some sadist can lace ectasy with deadly toxins, killing not only people like his brother, but many young fun lovers. These are facts we have from history. 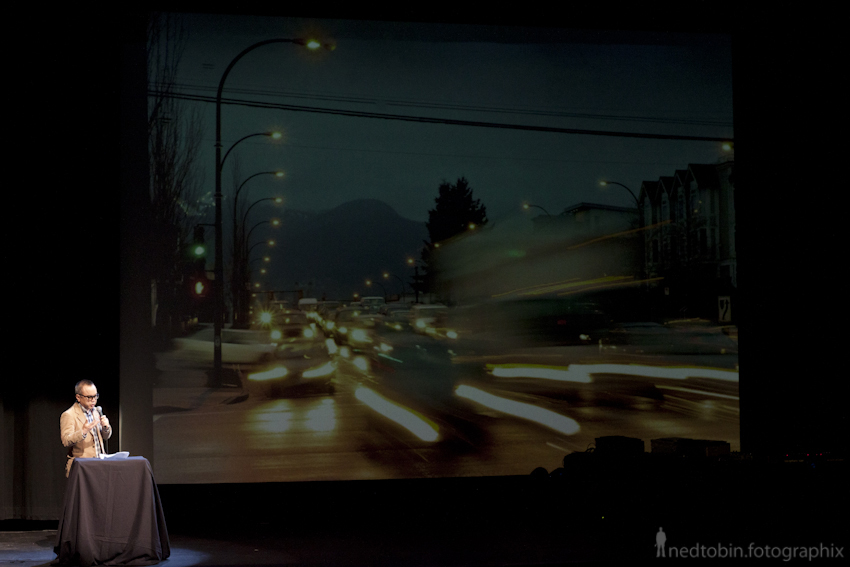 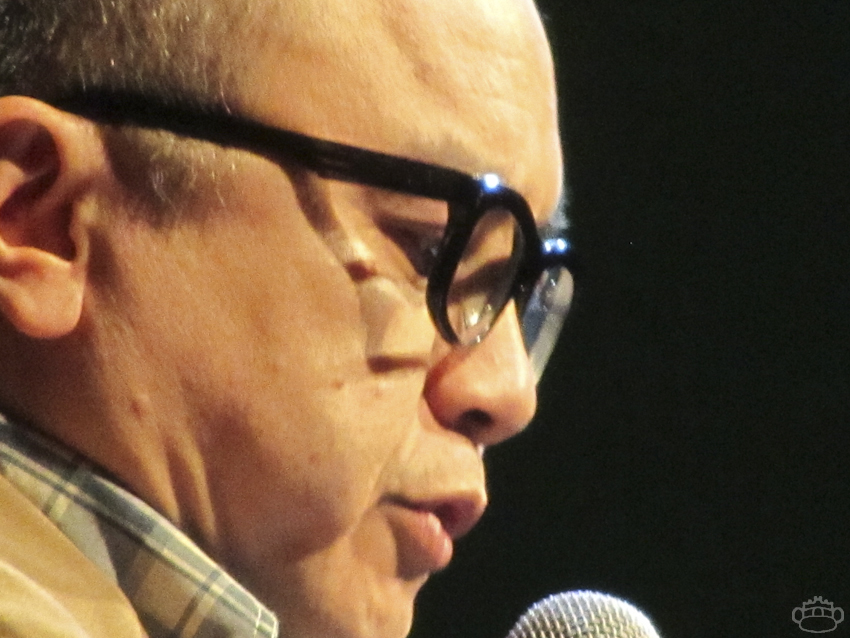 Ken Lum was a very interesting designer. He approaches the world with many ideas of beautifying it with art, and converting it into a design piece, not just a fabrication. Ken is a worldwide designer. 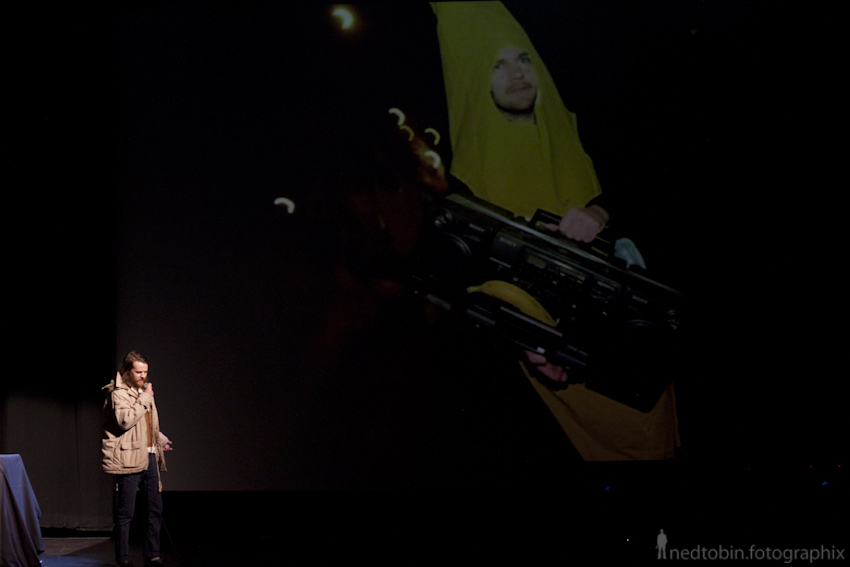 Sean Orr. Oh Sean Orr. I am not familiar with him, so this is probably why I do not get his humor. I believe he said that his 20 photographs were the last 20 photographs from his facebook profile?

I enjoyed Omer Arbel‘s talk. He stressed how important it was for an artists or designers creativity to be original. Arbel talked about his projects that he has done, one of which was a glass ball that he customized into one of a kind balls through some pretty interesting localized heating techniques. 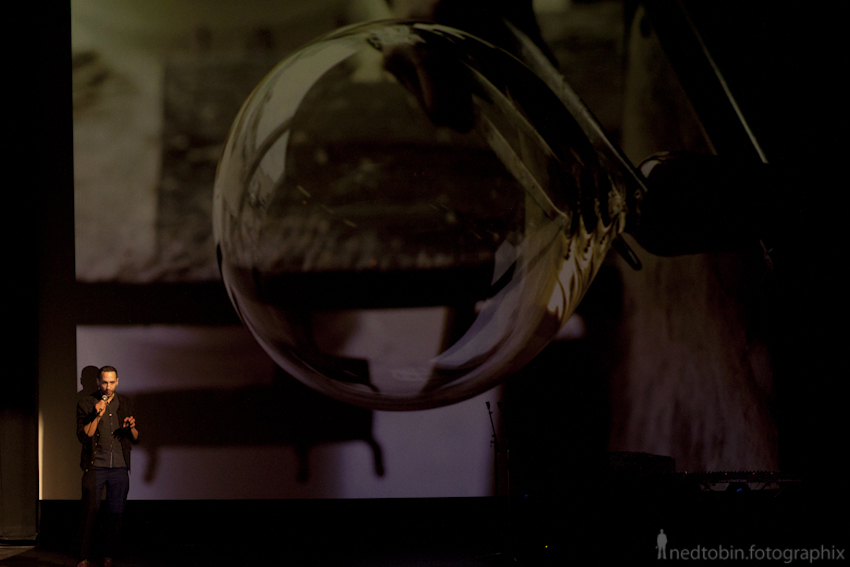 He had a few videos that could have turned out amazing, but I think something funny was happening with the computer running the projector, so they were really choppy. But, he talked about his other project that also stressed uniqueness, which copper plates allowed to be overflowed with molten copper to create what is shown below. I think his architecture at the end was truly beautiful, it incorporated heritage logs he used as the center point for the house he had designed. 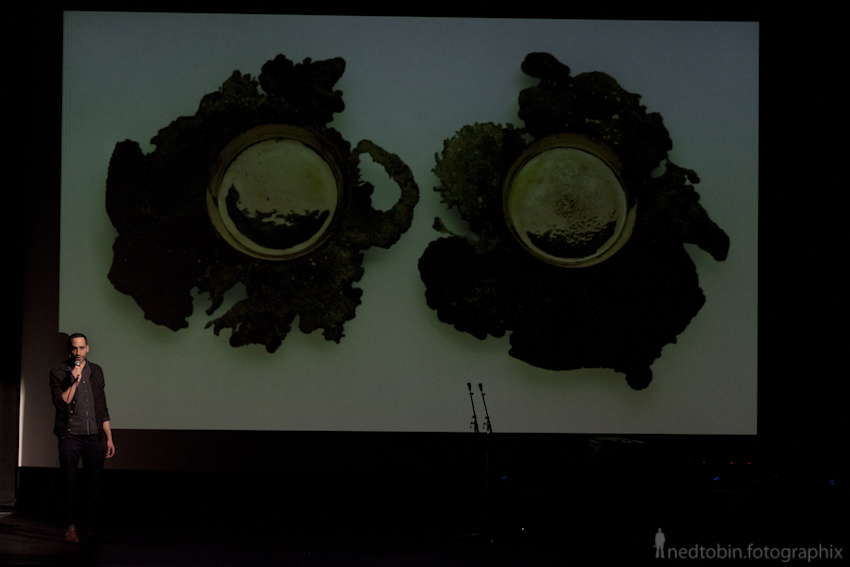 Katrina Pacey also talked in PKN #16, about the same stuff. For this event, however, she focused more on what it means, rather than what she does at Pivot Legal Systems, where she works in the downtown Eastside of Vancouver with the people outcast by the infringing drug laws, revoking the rights of Canadian citizens for their choice of employment. 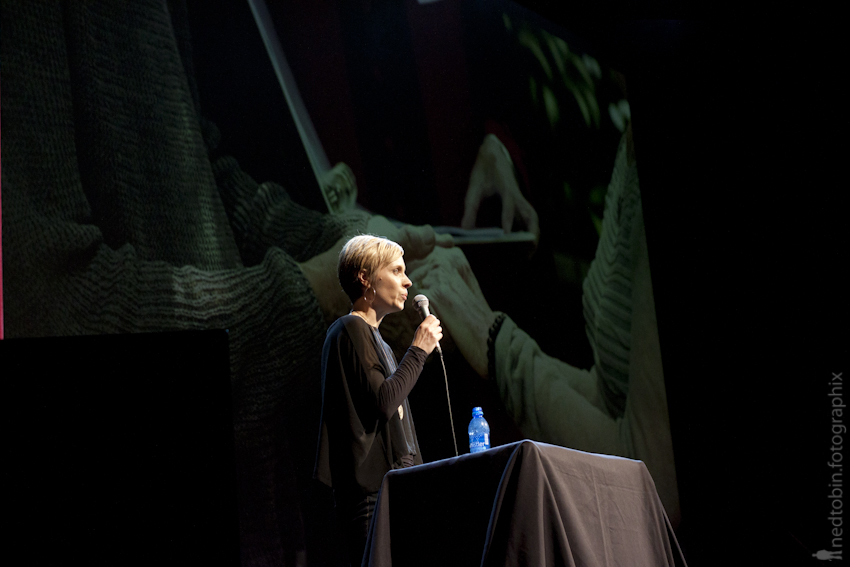 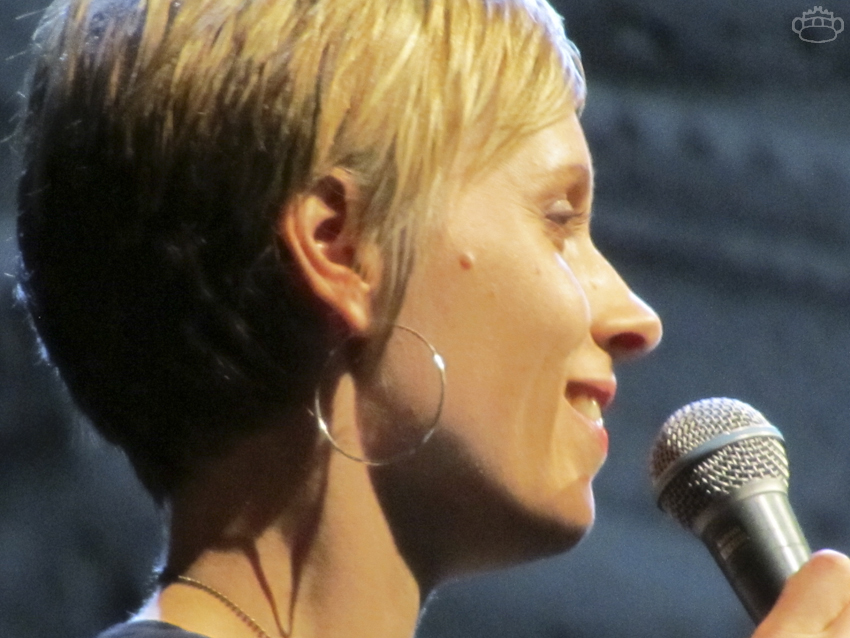 One of the artists behind the Cheaper Show, a local [soon to be worldwide] show where every piece of art is sold for $200 [according to their website], named Graeme Berglund talked about the show, and how far it’s come since it’s inception in 2001. I thought it was $75 a piece, but I guess I misunderstood. I have the utmost respect for Berglund, and the show he helped create for artist, for many artists. Such an event helps socialize the process of buying and selling of art, and it’s a great way to stir up some excitement over the process. 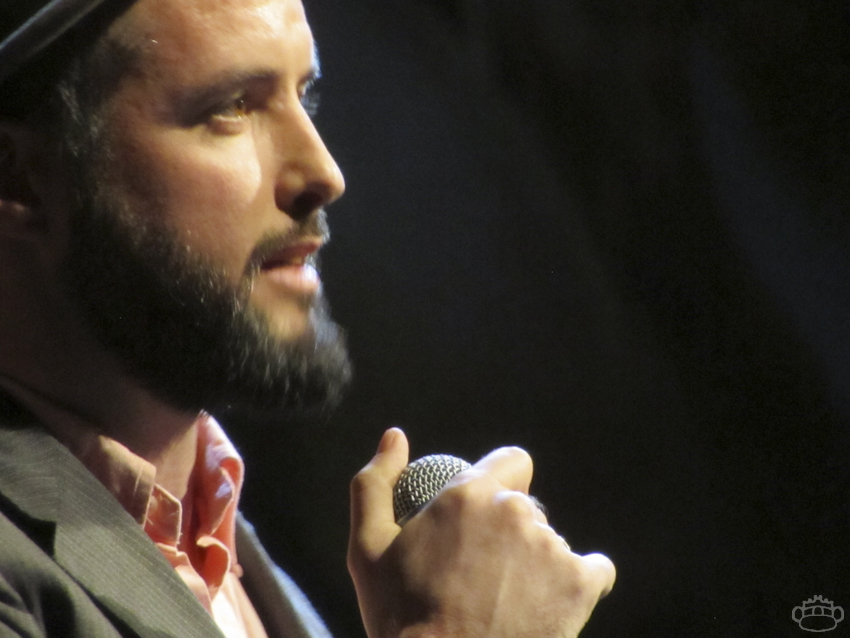 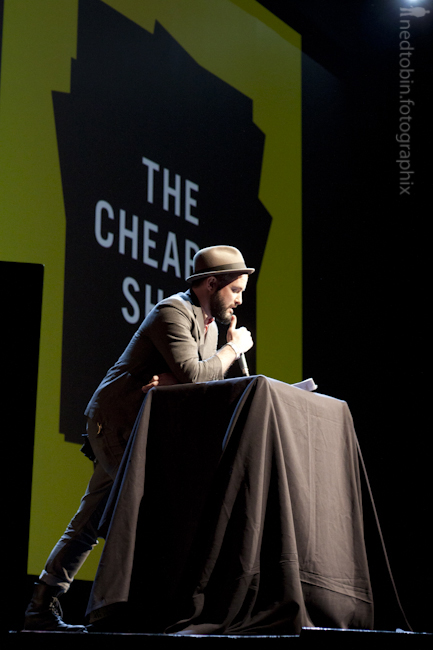 Danielle LaPorte is a pretty decorated… inspirationalist I guess? Head to her website to get an idea of what she is like, and her talk was of a motivating variety. I enjoyed her emotion when she said something along the lines of: “You know what, you just have to do it.” Which is just as she’s done, and will continue to do. Her opening line was that she has decided to do whatever the hell she wants: “it’s almost as productive, but a whole lot more stress free.” 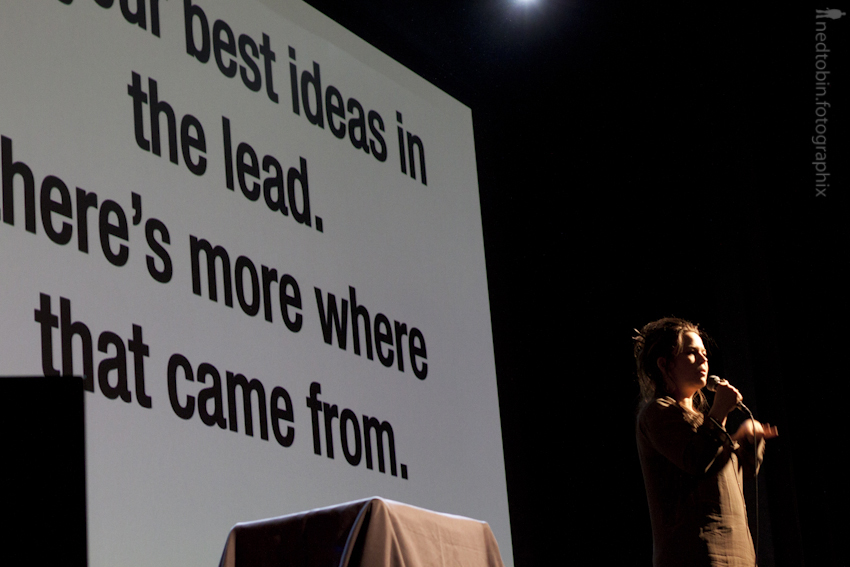 Andrew Morrison from Scout Magazine had a pretty strong rant directed towards the government, which I’m sure you can get the gist of it from his picture he used to iterate his view. 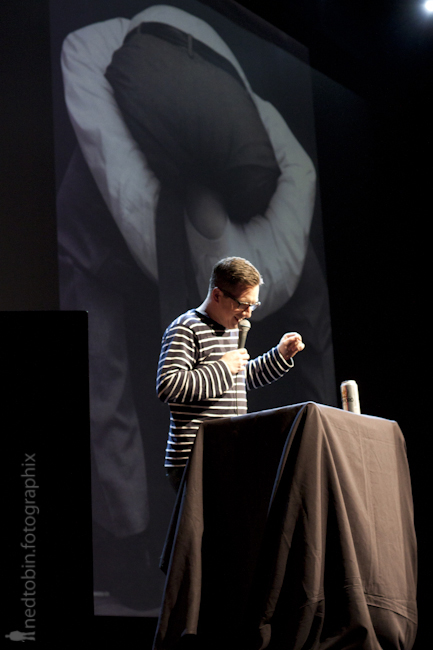 I really enjoyed Dave Olson‘s (aka. Uncle Weed) talk, more for the flow and ebb of it than anything. As he walked about on stage I winced every step he took on account of the cast on his right foot. He walked around a lot. 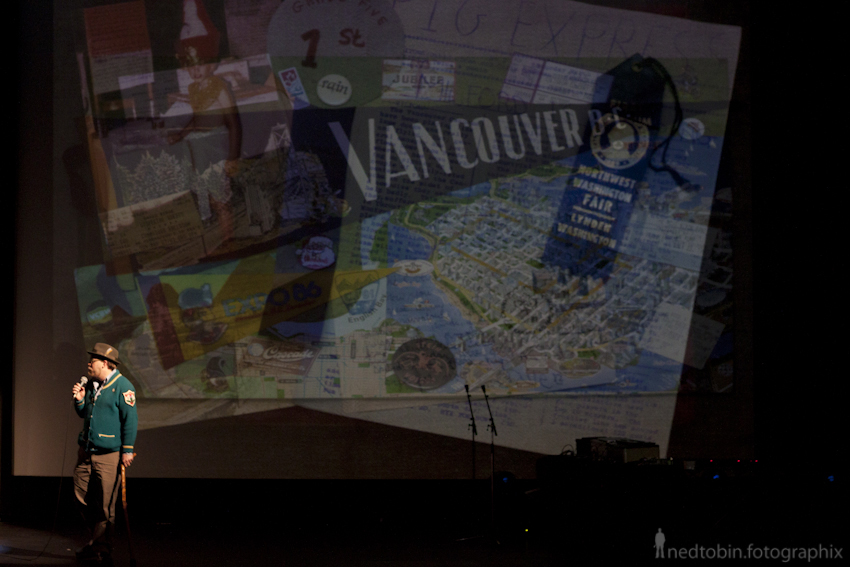 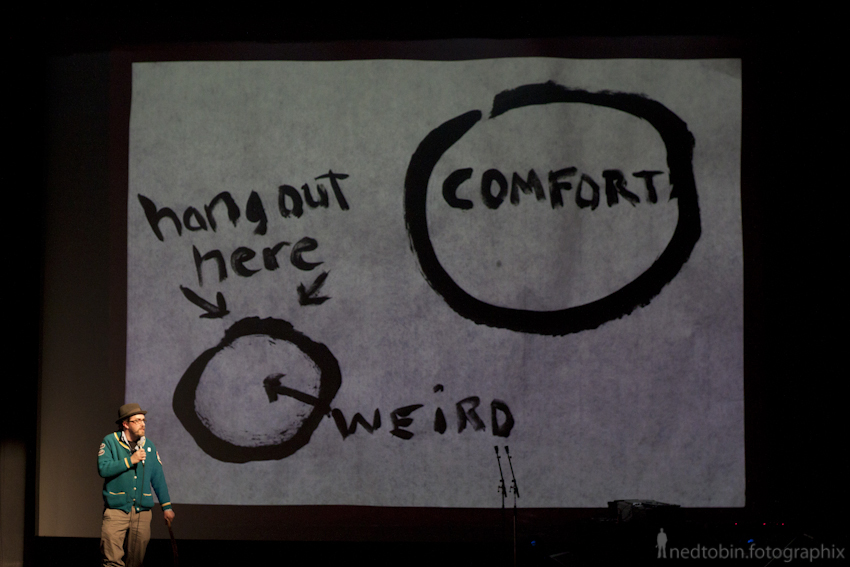 He talked a lot about his idea of what it means to succeed, or at least progress as a human and explore ones own creativity and self, which I think is fairly accurately depicted by the photograph above, where the comfort zone is not where we should be hanging out in. It was very clear why this is Dave’s third Pecha Kucha appearance.

I walked away with inspiration from the event, as I have at PKN #16,  #17, and #18. It was filled with very impressive talent, a very proud group of presenters, who all are clearly doing impressive things for this world, localized out of Vancouver.

All photographs are courtesy of Ned Tobin and Cyril Tobin, brought to you by King Kabuz Media.