Las Meninas (The Maids of Honor) by Diego Velázquez

Las Meninas (The Maids of Honor) by Diego Velázquez from 1656. Las Meninas depicts the young princess and her entourage, which are little people and two ladies in waiting. What makes this painting particularly interesting is that in the background there is a mirror which reflects the image of King Philip IV and Queen Mariana. If that is true, then on the canvas Velázquez is painting in the painting might be a portrait of the King and Queen. But, this fact is up for debate. Further, this would mean that the King himself, though the artist was the official court painter and had many sittings with the King, would have been visiting the artists studio. This signifies the high standard the King held for the artist and in turn for the profession the artist represents.

It is interesting to note that Velázquez wears the Order of Santiago’s red cross on his doublet. No small feat to become a member of this illustrious order, an appointment only given to royal families of blood or through the pope’s dispensation, of which was awarded to Velázquez at the end of his life. Legend has it that King Philip IV painted the cross on there himself. 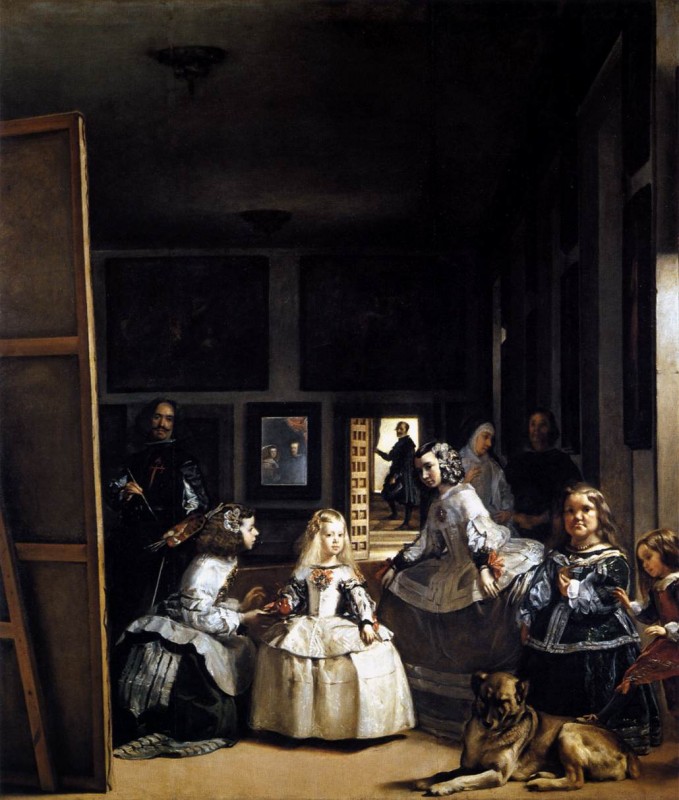