Ridden Down by Frederic Remington

Ridden Down by Frederic Remington from 1906.

Remington accompanied the US Military on many exploits, including the last great battles against the Native Americans. Theodore Roosevelt was a great fan of his work, and Remington was invited personally by Roosevelt to accompany him to some battles. After returning from the Spanish-American war Roosevelt was given one of Remingtons early sculptures as a gift from the Rough Riders. 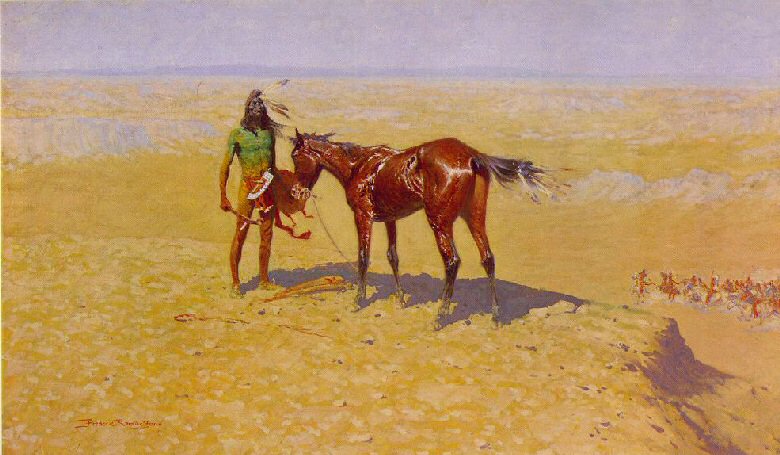